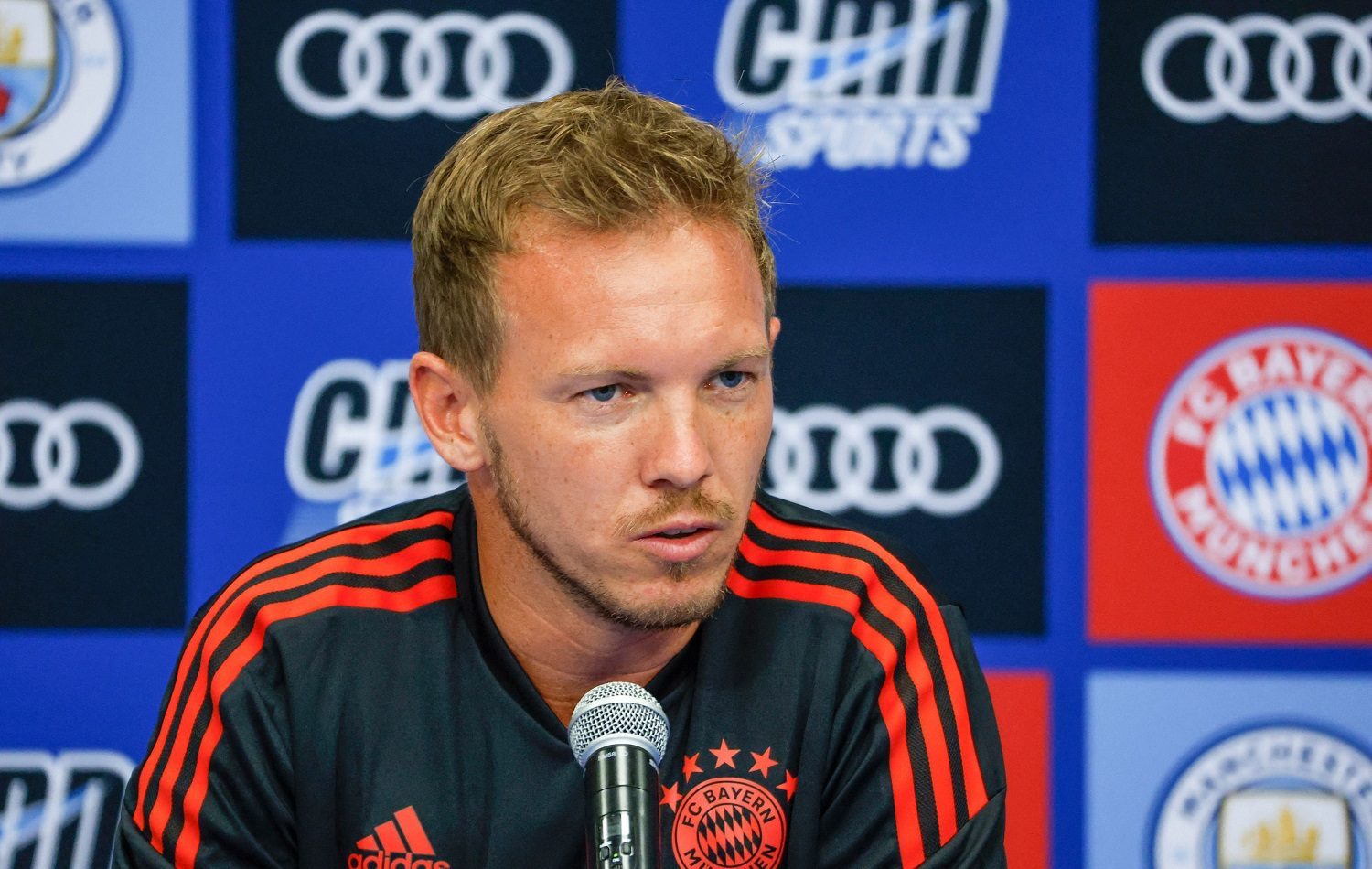 The management of FC Barcelona was not happy with Julian Nagelsmann’s statements about their financial resources to buy players. Barcelona president Joan Laporta responded to the statements early on Friday. Nagelsmann wasn’t too slow to reply to Laporta’s attack either.

The Bayern head coach commented on the Catalans‘ transfer activities last week, publicly questioning how such a heavily indebted club can still afford players like Robert Lewandowski or Raphinha. The reaction from Barcelona was not long and club president Joan Laporta responded to such statements that Bayern should „mind their own business“.

Nagelsmann was very relaxed when asked to respond to Laporta’s statements: „I think it’s good that Mr. Laporta is speaking out. I would also do it if someone stands in the room asking something. I have no problem with Mr. Laporta representing his club. I have to represent mine. If you listen to my statement again, it was more of a question.”

The 35-year-old also made it clear that his statements were not planned: “I don’t write down my answer in advance. Sometimes there is something spontaneous and this is not always the smartest, I have no problem with critical answers.“

However, Nagelsmann also says that he won’t be changing his behavior as far as opinions are concerned: “I will always speak my mind about things, I have always done that. Others can also give it too.“