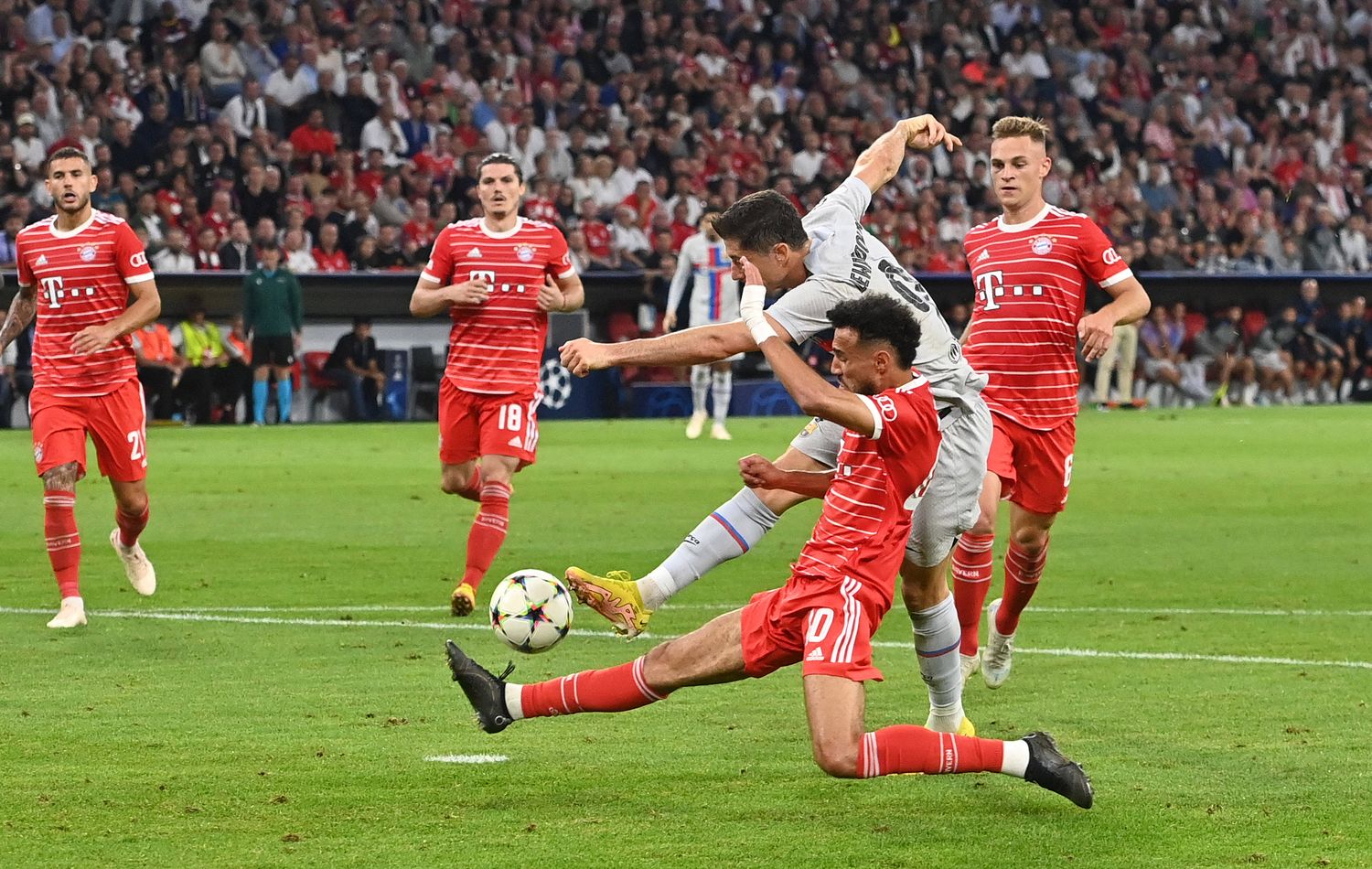 In the Champions League fixture against FC Barcelona last Tuesday, Noussair Mazraoui was sitting on the bench before an injured Benjamin Pavard had to leave the pitch. The 24-year-old Moroccan played well and was one of Bayern’s best players on the pitch.

Mazraoui changed Bayern’s offensive game almost immediately, but he was also crucial in defense. The right-back won 100% of his tackles, wasn’t dribbled past at all, won 5 ground duels, and made 4 clearances. However, one moment, in particular, stood out.

In the 43rd minute, Mazraoui blocked a shot attempt by ex-Bayern striker Robert Lewandowski with a perfectly timed tackle in his own penalty area: „I came in for Pavard cold and didn’t have time to warm up beforehand. You have to be there immediately, which is difficult. But I had a very good start to the game, the block against Robert Lewandowski’s shot helped me get into the game. That was important. From that moment on, I felt great,“ he revealed in an interview with „AZ“ .

„That [block] was important. From that moment on, I had a great feeling. The whole team did well, we fought as a team to beat Barcelona. It was a good team performance. We showed a great performance against a strong opponent“

The Moroccan international did not have an easy beginning at Bayern Munich. Although he was promised the role of the main right-back, it took Mazraoui a couple of games until Julian Nagelsmann was convinced. Mazraoui had already started in the DFB Pokal fixture against Viktoria Koln and against VfB Stuttgart, but as a sub, he did not play much of a major role.

After Pavard’s injury during the game, Mazraoui was finally able to showcase his football. Whether that has already earned him a starting XI place remains open. The player himself wants build on the strong performance against the Catalans: „I don’t know exactly. After two good games against VfB Stuttgart and Barcelona, it’s maybe too early to tell. But I think it was a very good start for me at Bayern. This is how I want to continue.”

Due to the long absence of Lucas Hernandez, Mazraoui will receive significantly more playing time in the coming weeks than at the beginning of the season, as Benjamin Pavard will certainly be needed more in the center of the defense. Mazraoui will definitely be in the starting eleven against FC Augsburg: „He will start tomorrow and can show what he’s capable of,“ confirmed Julian Nagelsmann at the press conference on Friday.