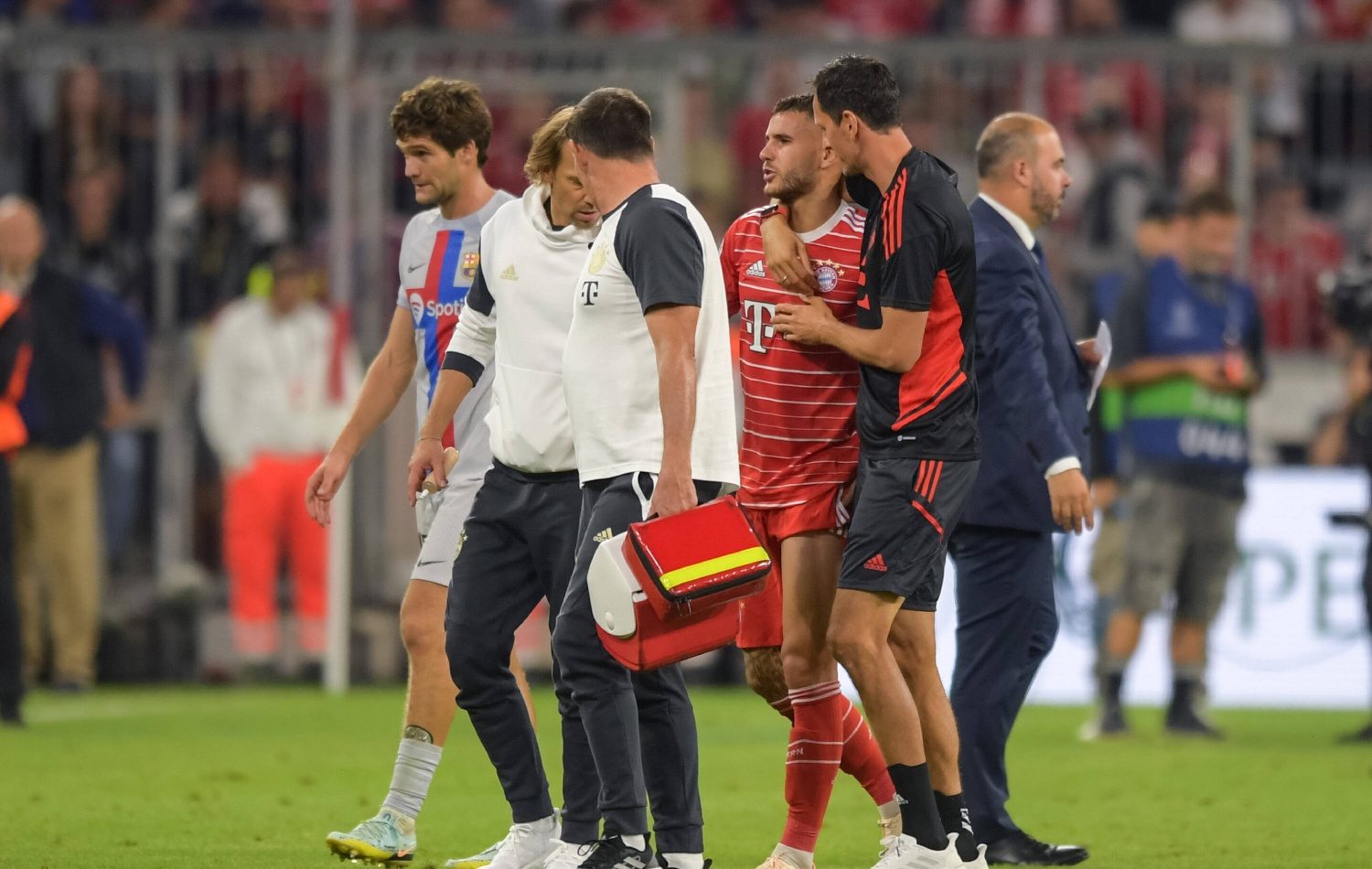 FC Bayern have confirmed on their official website the injury updates of Lucas Hernandez, Benjamin Pavard, and Dayot Upamecano.

After a monstrous performance against FC Barcelona yesterday, Hernandez had to stop near the end of the match as he felt discomfort in his thigh. The Frenchman who scored the first goal against Catalans yesterday had to pay a high price in the end.

Immediately after the match, Hernandez made his way to the MRI scan as quickly as possible. Head coach Julian Nagelsmann claimed that Hernandez ‚felt something in his adductor area and they’re waiting for results‘.

Apparently, the claims have now been confirmed. FC Bayern have announced on their website that Hernandez has torn a muscle in his adductor area and will be out for several weeks. According to the French L’Equipe, Hernandez will be sidelined for five weeks.

On the other hand, there is good news surrounding Benjamin Pavard and Dayot Upamecano. Pavard was subbed in the first half by Noussair Mazraoui due to a knock. The club did not want to take any risk and substituted the Frenchman early.

While Upamecano was spotted limping inside the Allianz Arena corridors with a bandaged calf. According to Upamecano, it was only a knock. And a knock it was.

Both defenders will be returning to training once again without a problem. The next match will be against FC Augsburg on Saturday