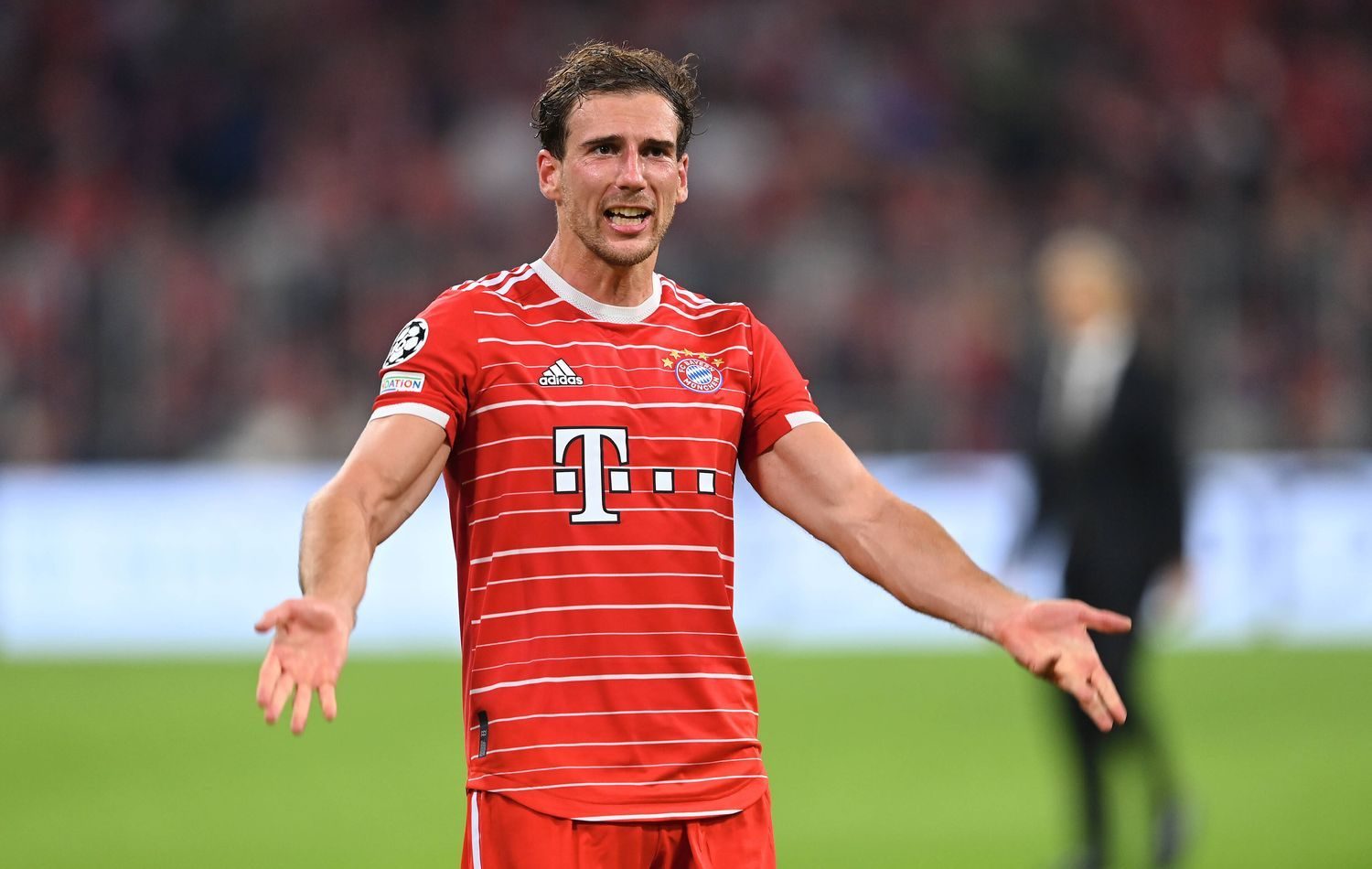 Over the past few days, it has been reported that there has been unrest in the dressing room due to unsatisfied players that want playing time. Among the mentioned names was also Leon Goretzka.

The German midfielder was said to have been unhappy with his role at Bayern Munich as Julian Nagelsmann preferred Marcel Sabitzer for the midfield when Goretzka was out with an injury.

After a disappointing performance of the Austrian in the Champions League fixture against FC Barcelona on Tuesday, Goretzka replaced him in the second half and the match immediately changed. The German helped Bayern a lot with his physicality and his tackles

After the match, Goretzka confronted the media and said that the rumors were ‚fabricated‘.

„Actually, I have decided not to say anything about it, but I can’t help it. All the alleged problems in the dresser are fabricated in such a way that it really annoys me. We all get along really well in the team. We are all satisfied and we also know that we have a lot of games and that everyone has to play from the beginning,“

According to rumors, Goretzka was unhappy with Nagelsmann’s decision to choose Sabitzer over him and advocated internally for his starting XI spot. Goretzka has denied these rumors and confirmed that his relationship with the coach is good: „I have no problem with the coach or with the fact that I didn’t start. To be honest, I don’t think that was okay during the week, because a sentence I used was completely out of place.“