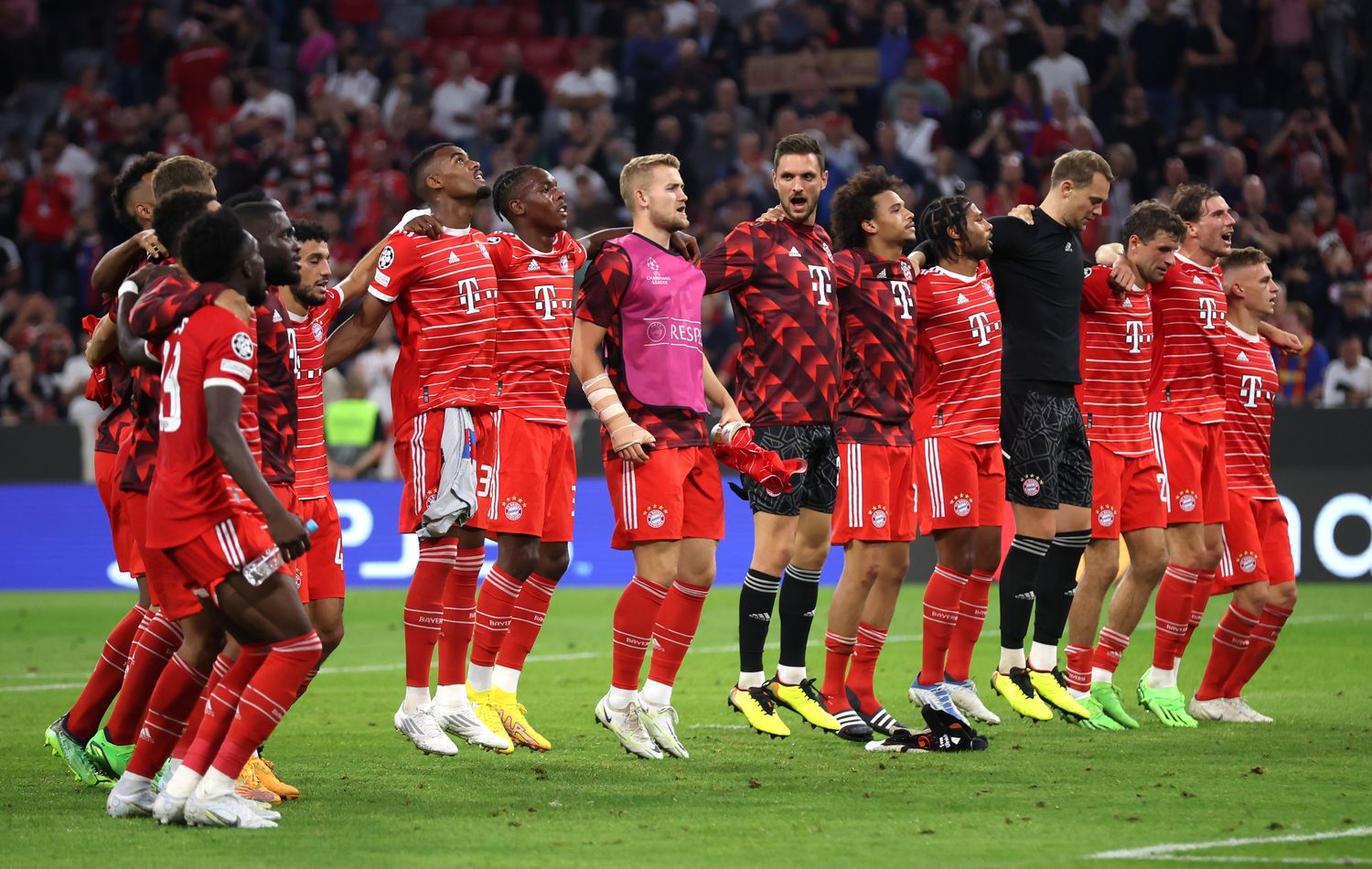 Bayern Munich collected three important points in the Champions League fixture against Barcelona. Although it wasn’t easy at the beginning, the club did not give up and finished the game within 5 minutes.

Here are the most important statements from yesterday’s match:

„Barca had the better chances in the first half, we had to rely on Manu [Neuer]. In the second half, we defended much better, with more aggression. I was really pleased with that. Then we scored an important goal from a set-piece and doubled up soon after. We were the better side in the second half, Barca were better in the first. Today we showed the kind of efficiency we lacked against Stuttgart and Gladbach. That was key to the win in the end.“

„We were much better after the restart, compared to how we started. In the second half, you could really see that we wanted to win the game. We just wanted it more than Barcelona. Playing against Inter or Barcelona, they’re teams that want to have the ball. That gives us space, which is what led to the second goal. It’s tough for us to play against teams that are compact at the back and park the bus – but we have to find ways around that.“

„All in all it was a great night of football, matched by a superb atmosphere in the stadium. It was seriously good fun. We made life hard for ourselves and were a little lucky not to fall behind in the first half. In the second half, we were better and more focused. We started better, were more confident and sat deeper, and then did well in the transition and created plenty of chances. Two goals against Barcelona – that’s pretty good.“

„It’s one of those games every player dreams of. The fans were superb. It was a thrilling game. It was a lot of fun. We analyzed our recent games to see what we could do better and did a good job of putting it all into action. We were hungry, patient and kept going. Sometimes you just need a goal from a corner to relieve the pressure. We had the momentum after that and created chances. Things went our way. The Champions League is always special – you can feel it. Everyone wants to win.“

„It’s annoying, there was more in it for us. I think we were the better team, we created more chances. It’s the little things that are decisive. The first half was superb – we dominated Bayern. On the one hand, I’m disappointed, but I’m also proud because we caused Bayern so many problems. Bayern are the finished article, we’re just starting out. I’m proud of how we played, but we have to take our chances.“

„The result isn’t a reflection of the game. We deserved more than to go in at half-time goalless. We had enough chances to take the lead. If you don’t take your chances against a big team like Bayern, you get punished. They went in front because of our poor marking from a corner. Now we just need to plough on, and remind ourselves that we played a very good first half.“