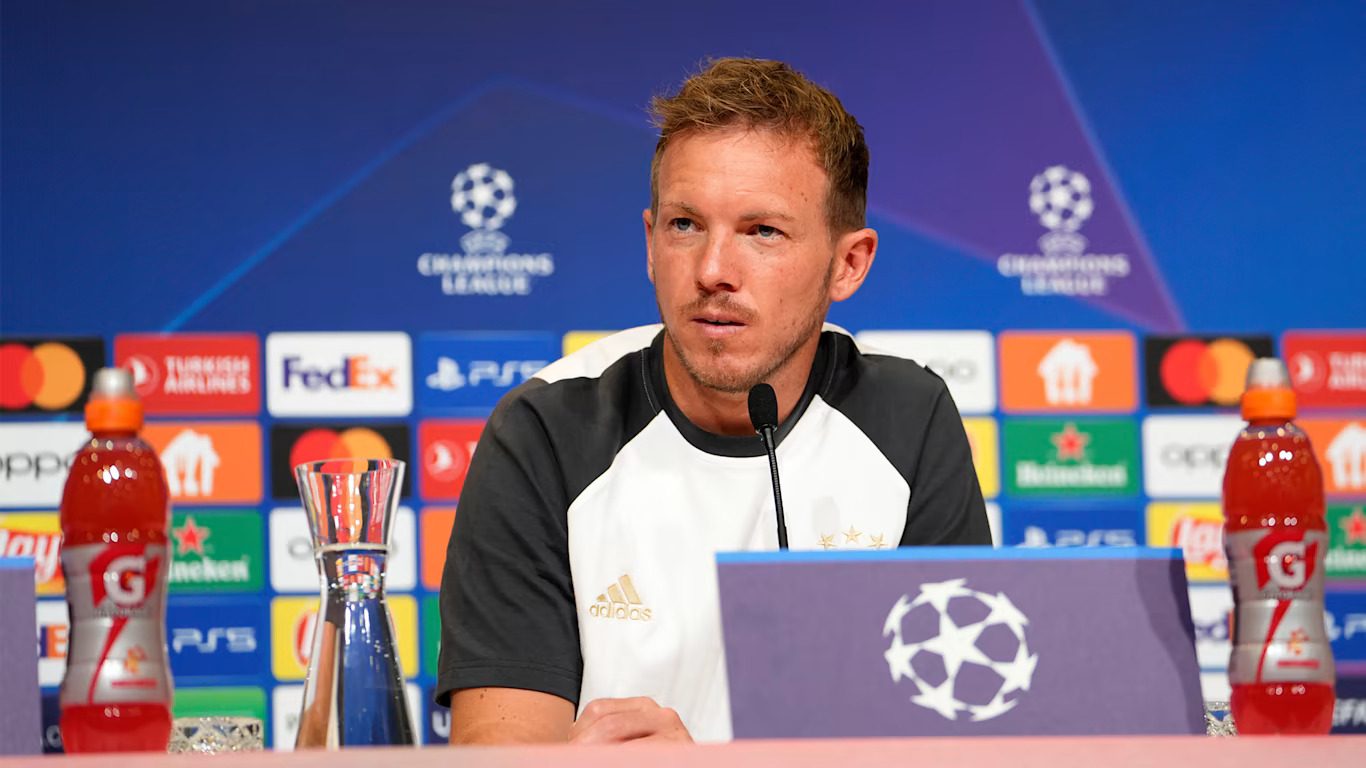 Barcelona will face Bayern Munich at the Allianz Arena tomorrow in the Champions League. The Bavarians are facing a ‚mini-crisis‘ in the Bundesliga and want to play at their best in the biggest club competition in the world.

In the press conference ahead of the Barca match, Julian Nagelsmann confirmed that Marcel Sabitzer will return to the starting XI.

„Marcel Sabitzer will play alongside Joshua Kimmich. Leon Goretzka’s defensive stability against Stuttgart persuaded me to let him play for 90 minutes. A second match in a row for him would be too early. Sabitzer is very important defensively. I’m glad we have him in this shape right now“, said Nagelsmann.

Regarding the defense, Nagelsmann is still torn between several choices in Lucas Hernandez, Matthijs de Ligt, and Dayot Upamecano. “All three central defenders are in good shape. I don’t know yet who will start next to Lucas Hernández. I haven’t made a decision. Upa has always defended well against Lewandowski“

Ahead of the world cup, a lot of players will have to start and perform well in order to receive a call-up for their national teams. At the same time, Nagelsmann will also have to work on rotating the team for the major competitions. Whether rotation has to do with the world cup, Nagelsmann denied it: “My job is to get the players as fit as possible in the league. How fit they are it’s Hansi’s responsibility. In general, I’d rather have them leave fit, and come back fit. But the rotation now has nothing to do with the World Cup.”