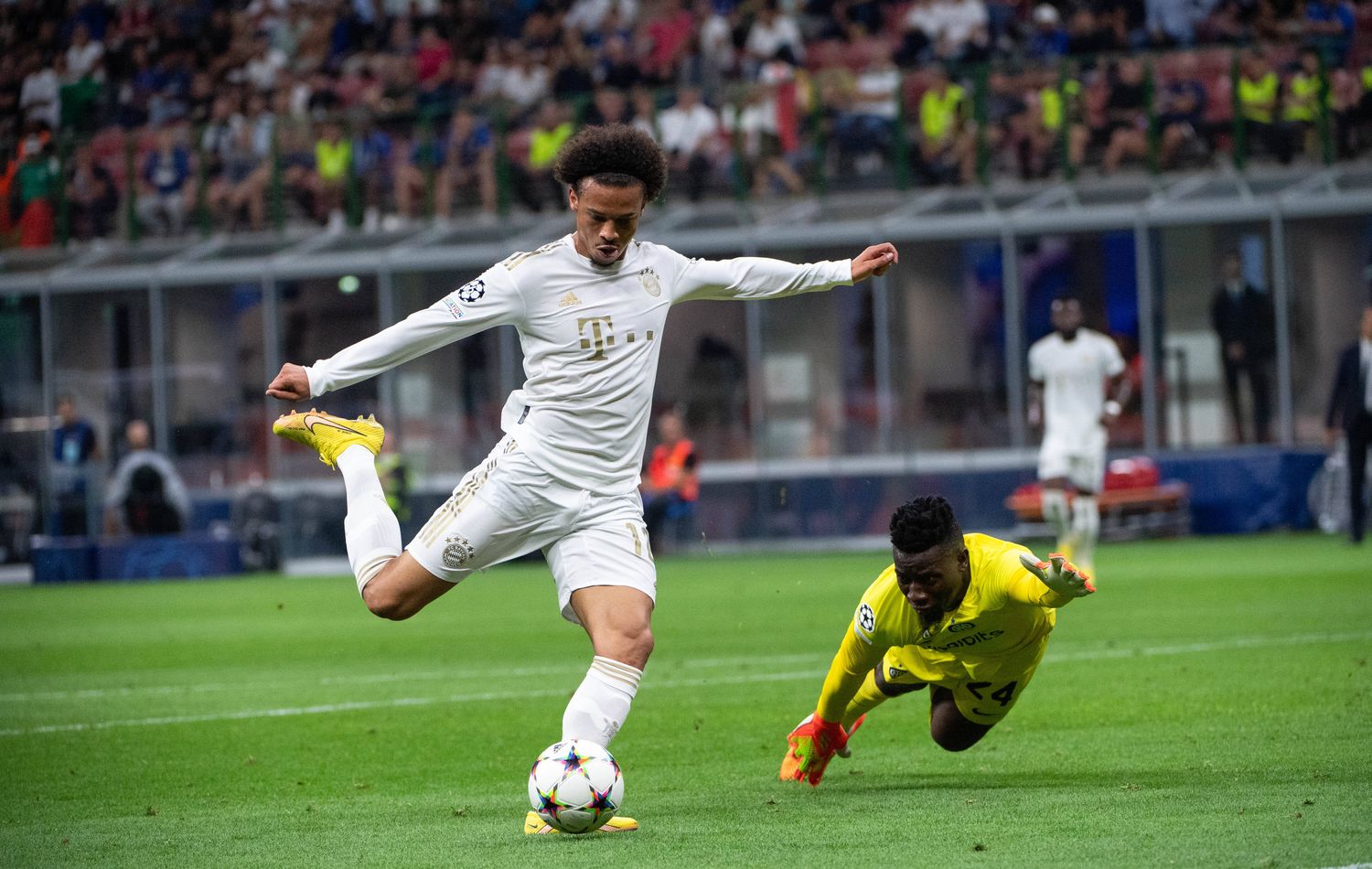 Solid start to the Champions League season as Bayern Munich win 0-2 away against Inter.

After two consecutive draws in the league, a win was important to get back to the old ways. On Wednesday night, Bayern won the first Champions League match of the season 0-2 against Inter Milan.

For the formation, Julian Nagelsmann hardly changed his lineup compared to the Bundesliga game against Union Berlin. Lucas Hernandez replaced Dayot Upamecano in the back four, while Thomas Müller was allowed to start in the attack instead of Musiala.

Bayern were the dominant team from the start and had the first chance of the game after three minutes when Inter goalkeeper Onana saved Joshua Kimmich shot from distance.

In the 22nd minute, Müller had a double chance, but once again, Onana saved Inter from sure goals.

But the first goal didn’t take long, as three minutes later a Kimmich chip finds Leroy Sane on the run, who controlled the ball in a calm manner and scored the 0-1 one-on-one against Onana.

Inter became dangerous in front of Bayern’s goal again in the 35th. After a corner, Edin Dzeko headed the ball just wide of the right post. Just a few seconds later, Onana saved a low shot from Alphonso Davies by diving on his left side. The first half ended on 0-1

After the half time break, Inter dominated the first 10 minutes by getting close to the equalizer couple of times. At the same time, they showed themselves more aggressive in the duels.

In the 66th minute, Bayern had a fantastic team play in Inter’s box between Kingsley Coman and Leroy Sane. The German wanted to chip the ball over the line, but a deflection from Danilo D’Ambrosio put the ball on Inter’s net. Bayern led the game 0-2.

In the closing stages of the game, Nagelsmann brought in four fresh players: Serge Gnabry, Dayot Upamecano, Jamal Musiala, and Josip Stanisic. Unfortunately, Bayern had some lapses of concentration towards the end of the game, which could have endangered the clean sheet. The game finished 0-2 for Bayern as they collect three important points, with Leroy Sane being chosen Man Of The Match

The Bavarians meet VfB Stuttgart at home on Saturday (15:30 CEST). In the Champions League, they welcome FC Barcelona on September 13th in their home Allianz Arena.