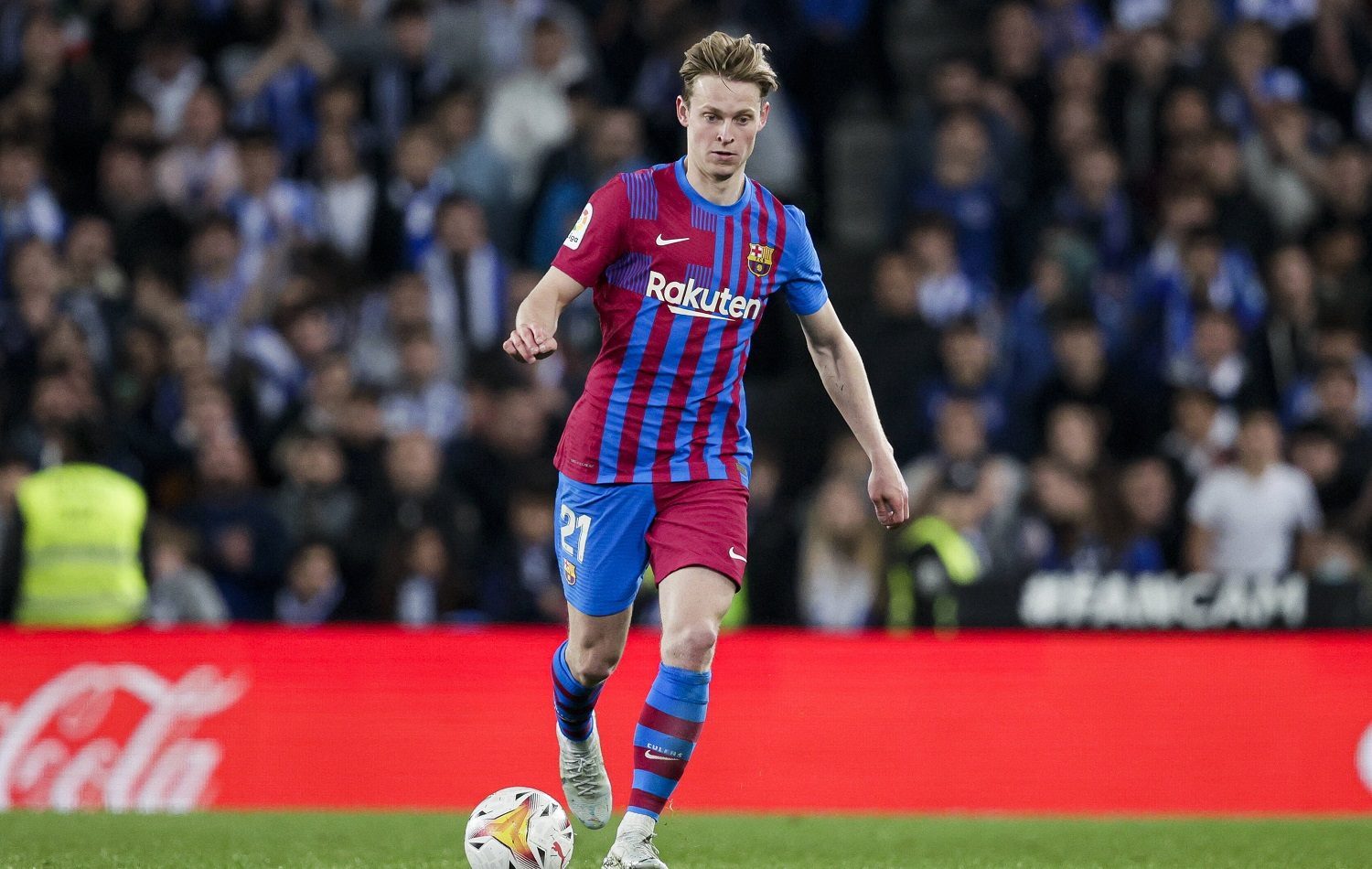 The future of Frenkie de Jong at Barcelona is still in huge doubt. At the moment, nothing has been decided on his future.

FC Barcelona has to part ways with several players in the current transfer window in order to meet the financial requirements of the Spanish league. Frenkie de Jong is at the top of the Catalans‘ sales list despite the head coach’s wish Xavi Hernandez to stay. Barcelona want to offload players in order to register the new signings, Robert Lewandowski and Raphinha.

De Jong has recently been heavily linked with a move to Manchester United. However, the midfielder has spoken out against a move to the Red Devils. Bayern Munich’s and BILD insider, Christian Falk reports in his podcast „Bayern Insider“, that the Dutch international would be open to a transfer to FC Bayern. In Munich, De Jong would meet his old Ajax teammates Matthijs de Ligt, Ryan Gravenberch and Noussair Mazraoui.

According to Falk, however, such transfer is ruled out. Bayern aren’t willing to spend as much money again in the summer for a new player. In addition, Bayern are already very well occupied in midfield with Joshua Kimmich, Leon Goretzka, Gravenberch, and Marcel Sabitzer.

It remains to be seen how the situation will develop in a year’s time. Julian Nagelsmann is considered a fan of de Jong and would certainly not be averse to a transfer of the Dutch midfielder.