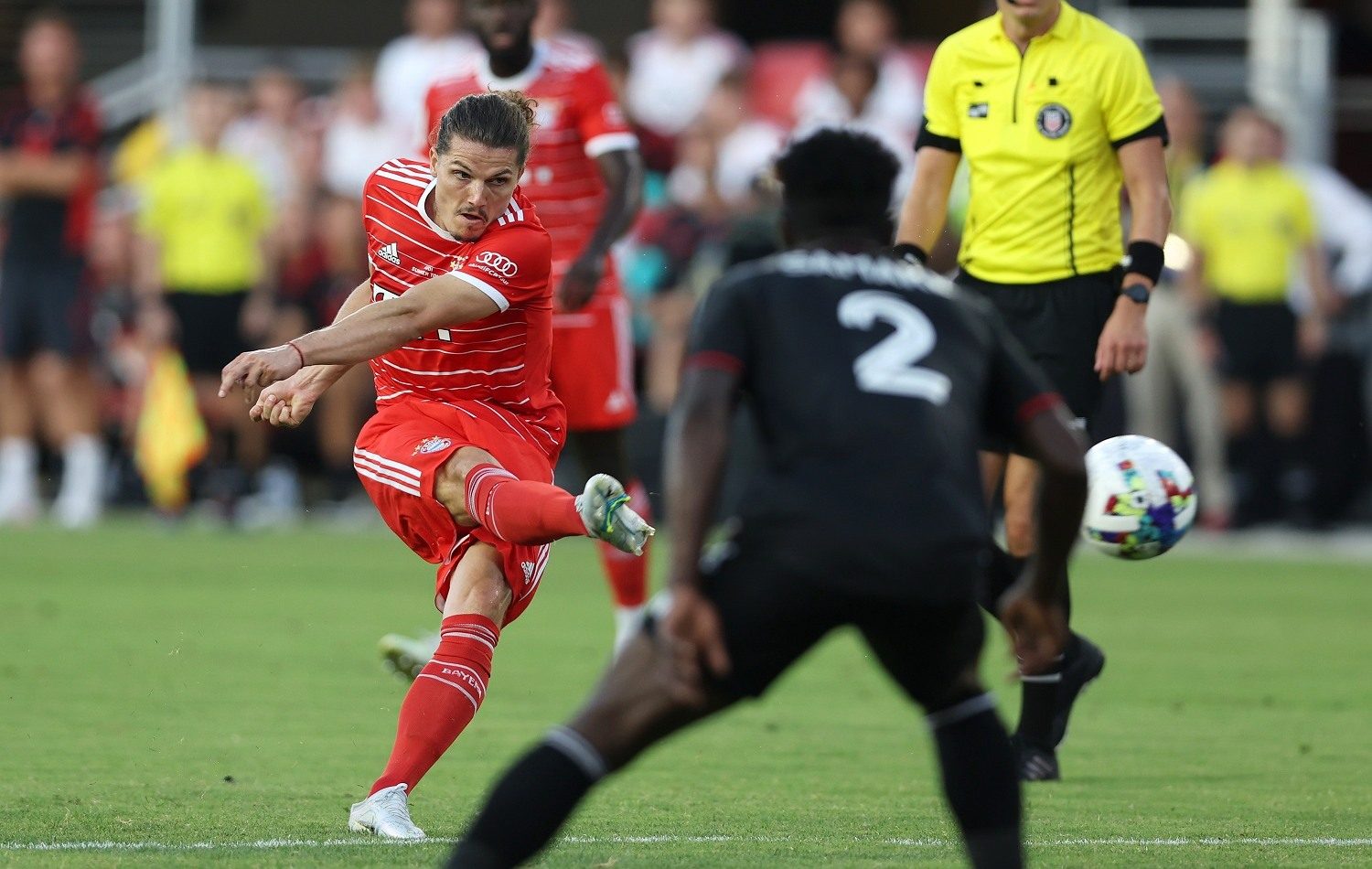 Following a solid performance against D.C. United which also resulted in a goal, Marcel Sabitzer has now ruled out a Bayern departure, despite the rumors linking him with a transfer.

According to media reports, the Austrian has been on Bayern’s sales list for a couple of months as they have been disappointed with the player’s performances since the time he was signed. Julian Nagelsmann, who himself requested the player, also wants to keep Sabitzer. In the past, there were ongoing rumors of a cold relationship between Nagelsmann and Sabitzer.

After the 2-6 victory over D.C. United, Sabitzer has commented on his future as follows: „Why should I think about it? There are a lot of players who didn’t do well in their first year,“.

His agent Roger Wittmann also made it clear in an interview with „BILD“ that a transfer in the summer is out of the question for Sabitzer: „He stays, wants to really hit the ground running and show that he can do better.“

Due to Leon Goretzka’s injury and the strong performances in pre-season preparation, Sabitzer could be placed in midfield under Nagelsmann at the start of the season.

The head coach has also praised the performances of the Austrian during the summer pre-season: „He’s one of the best players in preparation so far. His performances in training and today were very good, he’s a brilliant player,“ said the Bayern coach after the 2-6 victory over D.C. United.

Currently, the club is also looking to fulfill Nagelsmann’s wish by signing Konrad Laimer, so far, all the bids submitted for the player have been rejected by RB Leipzig. Despite Sabitzer’s desire to stay, the club still considers him a sales candidate. Bayern have already submitted two offers to RB Leipzig for his compatriot Laimer, which both were refused.