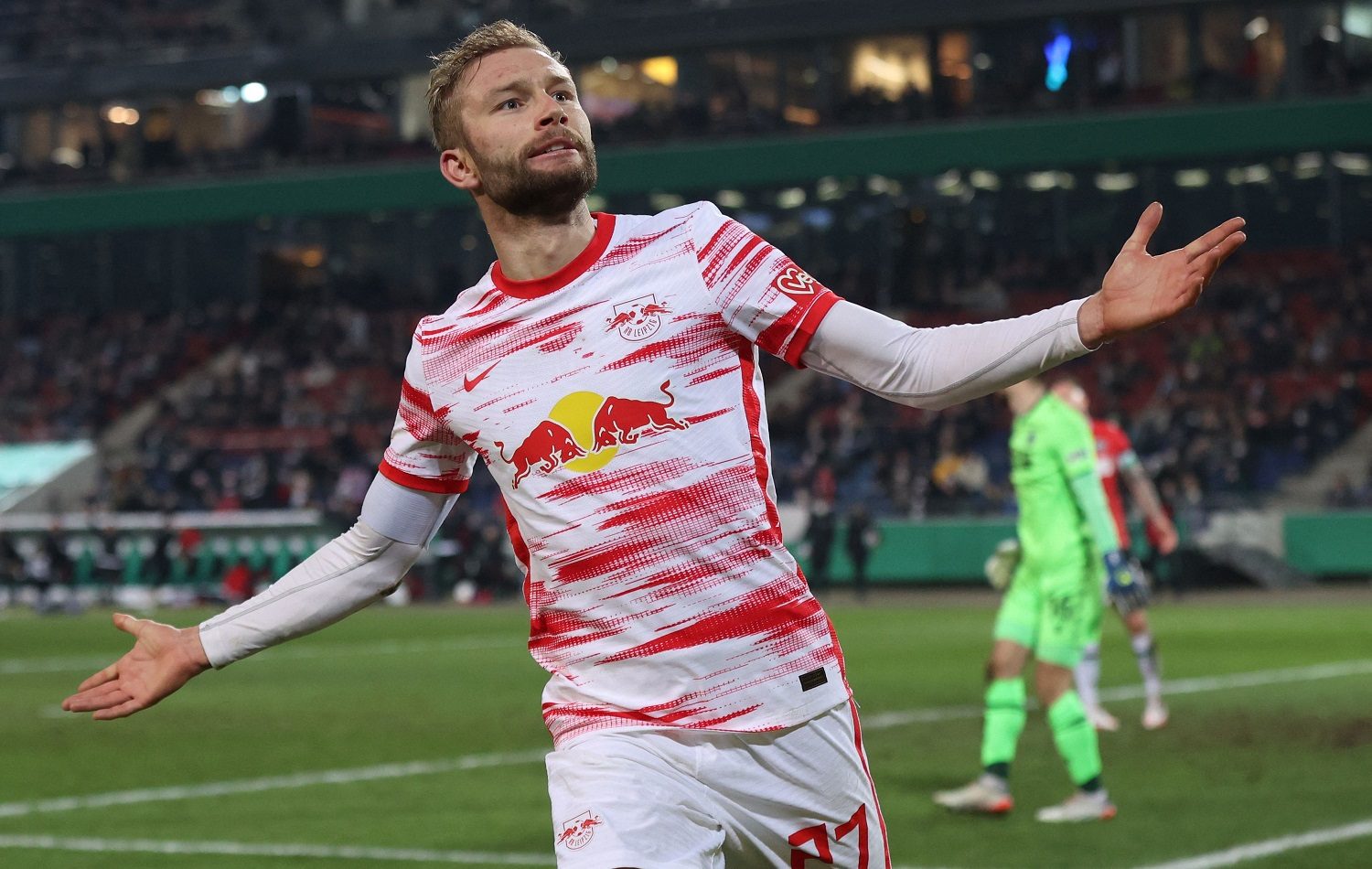 Konrad Laimer is the next RB Leipzig player to be linked with Bayern Munich and the club seems to be so far in pole position. According to reports, Leipzig are now lowering their demands

Konrad Laimer is right at the top of Bayern’s wish list and especially of head coach Julian Nagelsmann. The Austrian is the desired „pressing machine“ that Nagelsmann wants. Laimer has been closely linked with a summer departure in the summer for weeks. According to reports, the record champions are already in contact with the player

„BILD“ reports, that Bayern will have to be patient before pushing the gas for the midfielder. Laimer apparently has a release clause of 35 million euros, which is still valid until June 30th. Only then is RB willing to listen to other offers.

Although Laimer is attracting interest from English Premier League clubs such as Manchester United, the player prefers a move to Säbener Straße

As of today, it is very unlikely that a club will pay 35 million euros for Laimer. His contract expires only in 12 months.

RB Leipzig would be ready to talk about a sum of 18 million euros from July 1st. Until then, Leipzig still has hope that Laimer can be convinced of an extension.

The Austrian, on the other hand, has already indicated that the signs are pointing to farewell in the summer: „It’s quite possible that I won’t play in Leipzig next season,“ he said recently. Laimer would therefore like to take the next step in his career and switch to a top European club.