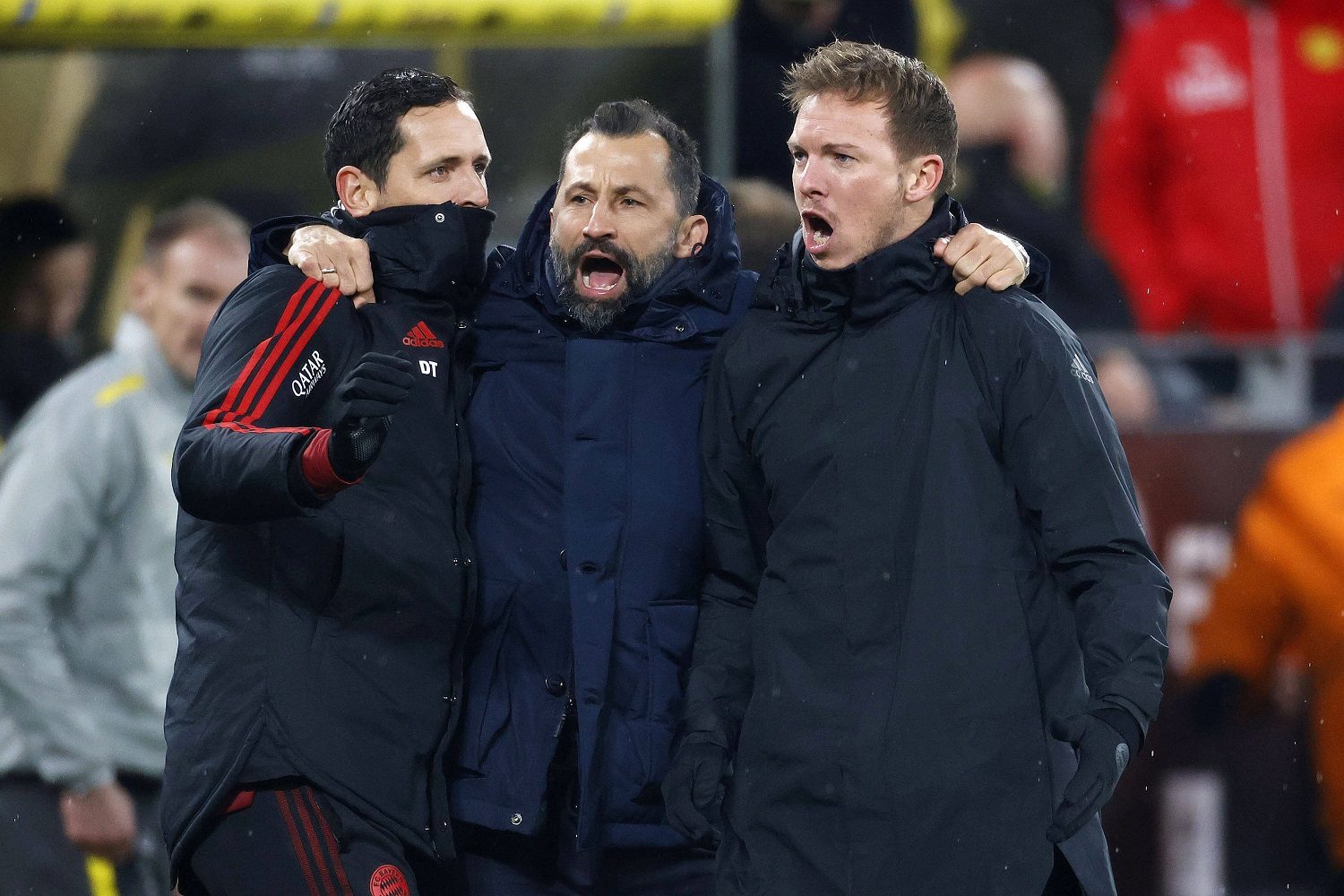 SportBild have released a significant report on the relationship between head trainer Julian Nagelsmann and sporting director Hasan ‚Brazzo‘ Salihamidžić, creating tension and conflict within the club hierarchy. Potentially a repeat of last year’s difficulty between Hansi Flick and Hasan Salihamidžić, the incumbent coach is slowly losing his patience behind the scenes

The main issue is the ‚defensive‘ and ‚passive‘ strategy FC Bayern are taking within the transfer market, looking to act slowly and play a conservative game with cheaper, safer options. Such situations have been compounded with a small budget and little manouvreability around it. Transfers for players like Nico Schlotterbeck, Denis Zakaria, Karim Adeyimi, and even Erling Haaland were not successful due to the club’s slow movement speed within the market (more on this failed Haaland transfer later)

Another point is Nagelsmann’s preference in playing with three defenders in his system, which he feels fits with the profile of players. With Alphonso Davies roaming on the left flank and Serge Gnabry holding the right, Benjamin Pavard can play in a more relaxed, defensive central role – where he has always preferred to be. After Noussair Mazraoui’s transfer, Serge Gnabry could return to playing behind the main striker – also where his preferred position is. However, Hasan Salihamidžić insists the team stick with the 4-2-3-1, even though the new transfers and system do not integrate well with the coach’s tactics

With Hansi Flick, the beginning of the ‚tense‘ relationship was when the Bundestrainer publicly requested certain transfers in front of the media, indirectly applying pressure to the club and implying lack of support within. Julian Nagelsmann took this approach last weekend as well, requesting ‚pressing machines‘, at least one of them being Konrad Laimer. Salihamidžić did not respond well to this, and has reflected with a strained relationship away from the media

If this is true, we expect it to end similarly to last year’s saga