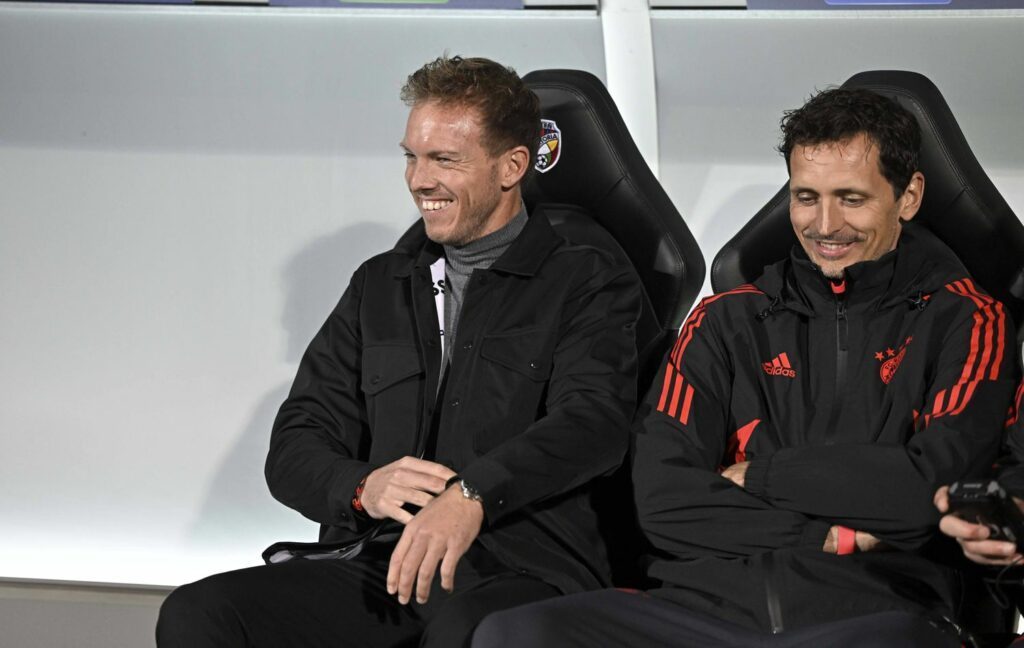 Bayern Munich qualified for the knockout phase of the Champions League by defeating Viktoria Plzen 2-4 away.

The goals were scored by Leon Goretzka (2x), Sadio Mané and Thomas Müller, all in the first half. The home team however took advantage of Bayern’s lack of concentration and scored two goals.

Here are the most important statements from the match:

„The boys did well. It’s always a good yardstick for how you played when you run out clear winners. Hats off to the team. Winning away is always important. We have 12 points from four games in the toughest group, we’re in the last 16 and want to finish first. That allows us to relax a bit and just focus on Sunday’s game against Freiburg. Today, we’re all happy. From tomorrow onwards, it’s all about preparations for Freiburg and getting back on track in the Bundesliga.“

On substitutions: „Everyone has the right to play and you have to see that on the field. It’s normal that when you make a lot of changes, the opponent bounces back. After going 0-4 up, we lacked the final punch because we also have an extremely important game on Sunday.“

On Thomas Müller’s substitution: „He stretched his back muscles a bit. It’s nothing dramatic though, just a precautionary measure for Sunday.”

„I’m happy that I was able to score two goals. It was important to get off on the front foot, which is why we were so motivated. That’s how we want to go about every game. Today was another good step. We’re annoyed that we conceded two goals. We have to play right until the final whistle. Otherwise, we were very focused for long stretches and it was a mature performance.“

„We were great in the first half, controlled the game, had chances and scored goals. In the second half, we didn’t do enough and let Plzen back in it. That was unnecessary. We wanted to keep a clean sheet.“

“There is absolutely no doubt about [Julian Nagelsmann] work. I take note of these discussions. It’s not about age, it’s about quality. Julian has incredible quality. We are still totally convinced of him. I’m also learning every day. It’s not a question of experience or age. It doesn’t matter whether you’re 35 or 65, it takes a while with every coach.

Saying that Julian doesn’t have any experience, well, I really wonder where that came from. This discussion is almost ludicrous. […] Every coach had phases here when it became more difficult. We are going exactly through this phase now.”