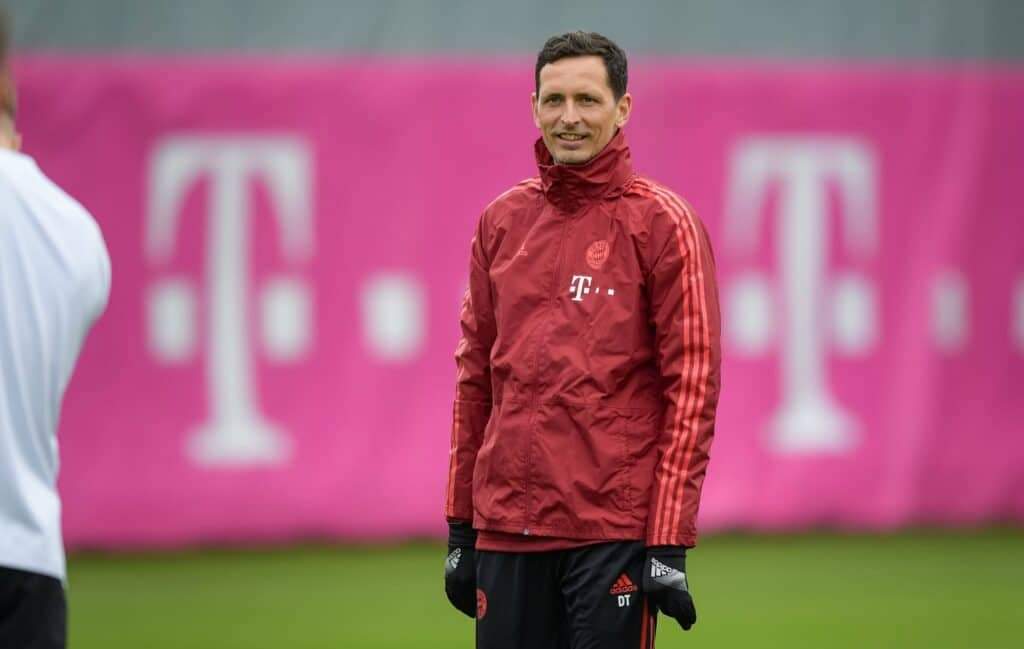 After the sacking pf Pellegrino Matarazzo, VfB Stuttgart is in search of a new head coach. There were a few names on the list but as reported by „Bild“, the Stuttgart board is heavily interested in Bayern Munich’s assistant coach Dino Toppmöller to be their next main guy on the sidelines!

He was brought to the club by Julian Nagelsmann with a high request as his main role in the team is communication with players, especially young ones like Jamal Musiala and Mathys Tel. He is also notably known as a specialist for set pieces.

Toppmöller is also a pretty popular personality within the team. He also speaks several languages and makes it easier for the foreign players to communicate with him. Even though he would like to be a head coach one day, Bayern will not let him go right now and will reject every proposal for Stuttgart.

„Sport1“ also reports that Dino himself wants to stay in Munich and continue his mission there with Nagelsmann. He also had some other inquiries but as of now, every single one of them is rejected and it is not known from which clubs they came.

The reports from Sport1 were also confirmed by Sky Germany, a departure from Bayern isn’t in the thoughts of the assistant coach at all.