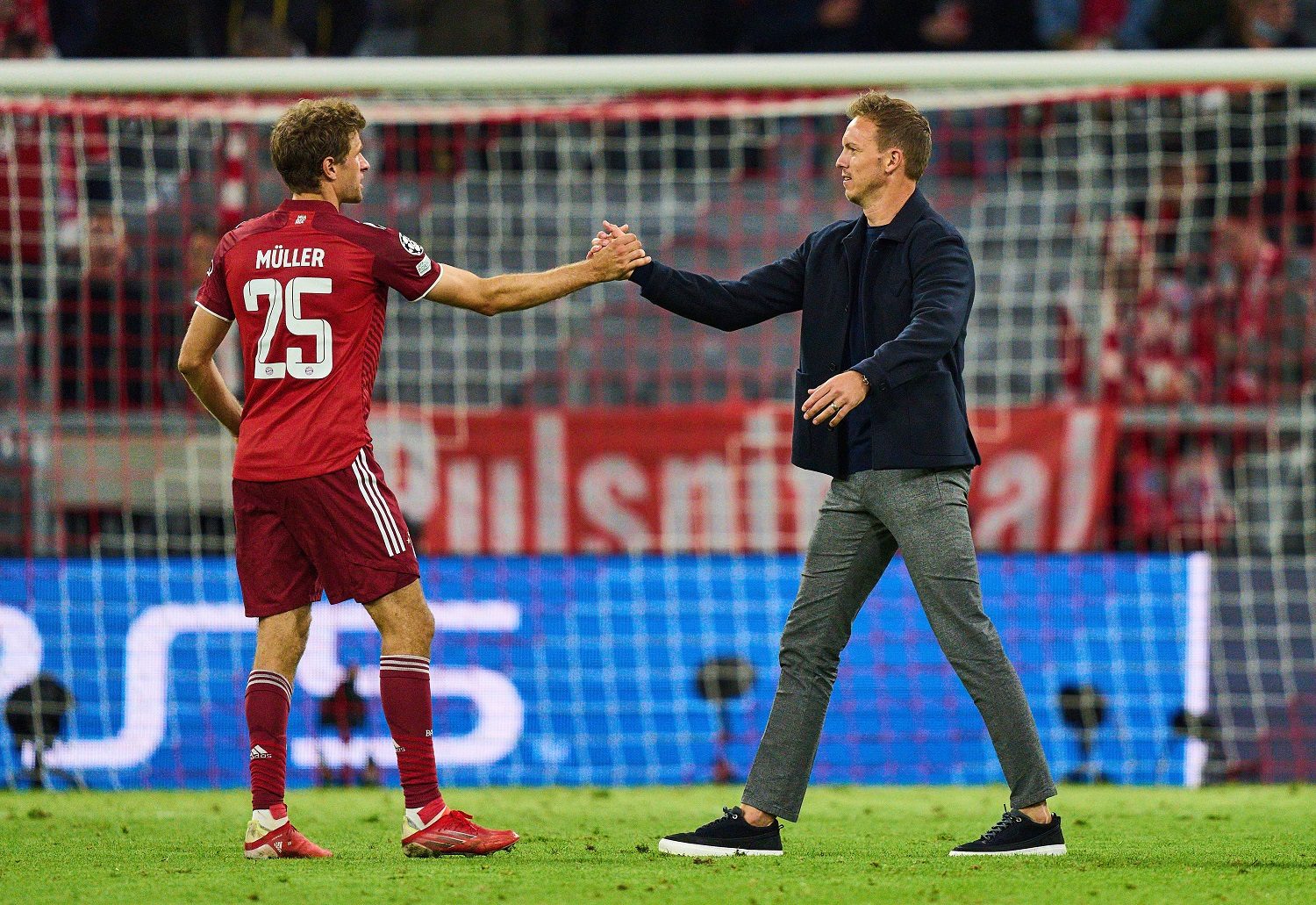 With one win in six league games, despite the crisis in the league, the German attacking midfielder still backs Julian Nagelsmann.

The 35-year-old coach has been the center of criticism for a while. Nagelsmann is mainly under criticism due to the results, the gameplay, and in-game decisions. For Thomas Müller, the situation is known but also makes it clear that he stands behind the coach.

In an interview with ‚Süddeutsche Zeitung‘, Müller says that he is optimistic despite the crisis: „I know our points condition in the Bundesliga, in my view, however, there are a lot of things that make feel positive“

16 points after 9 games in the league, this is the worst points record since the 2010-11 season. For Müller, this is a good opportunity to use these statistics as a way to concentrate: „I observe and feel that the lack of points in the league is sharpening our focus and putting us in a good starting position to play a successful season“

„Julian Nagelsmann and his staff are the driving force in this process, with well-known expertise and full of energy“, said Müller enthusiastically.

And continues: „We are working more concretely to establish our game in the defense as well as offense, that’s why I am optimistic for the future“