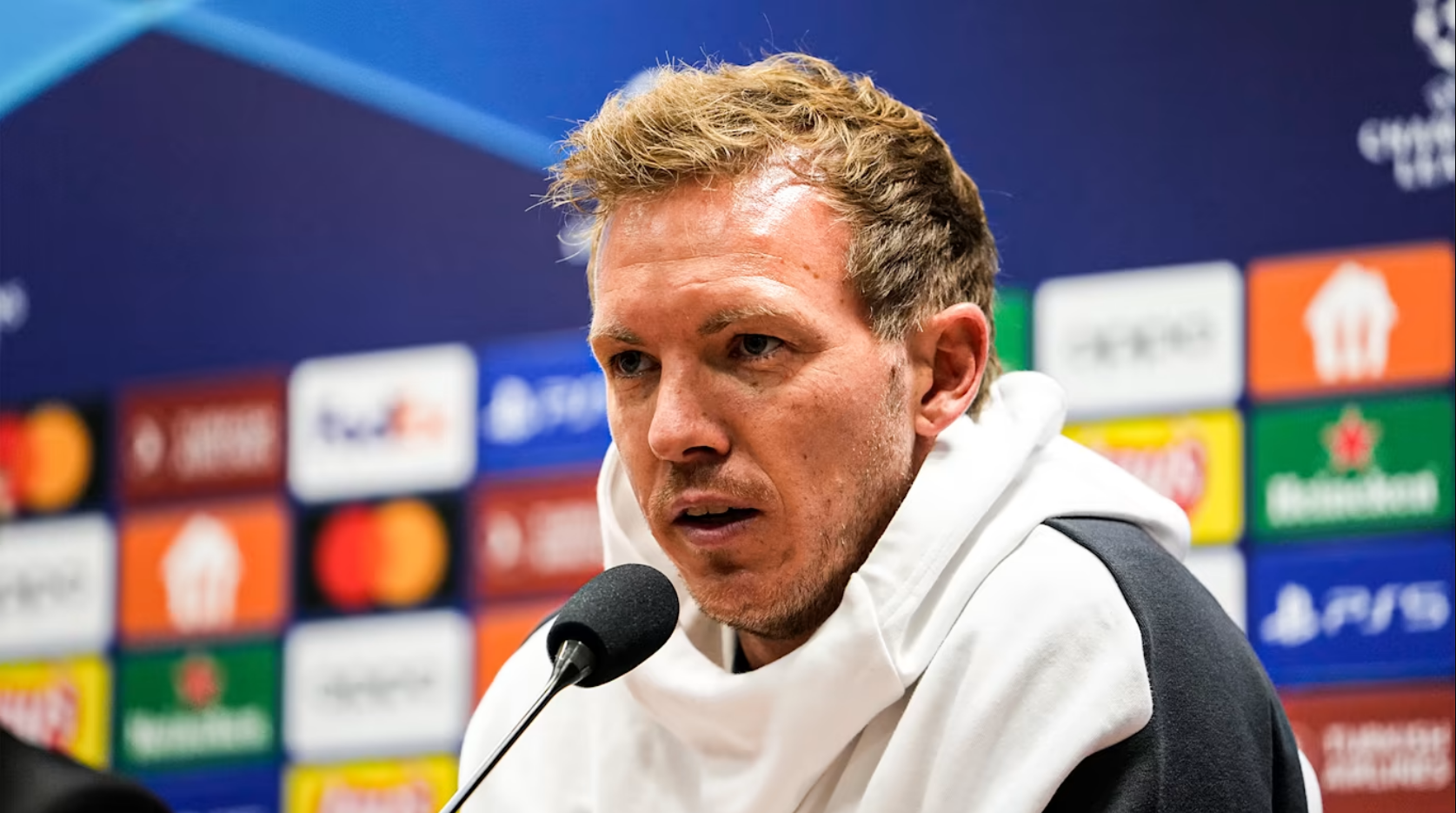 FC Bayern will face Viktoria Plzen once again in the UEFA Champions League, this time on the opponents‘ home ground. The Bavarians await another away match following the 2-2 draw against title rivals Borussia Dortmund at Signal Iduna Park.

Leon Goretzka was picked to join head coach Julian Nagelsmann for the pre-match conference. Here are the most important statements from them:

on playing without a striker: „We didn’t underestimate the situation. Robert Lewandowski scored a lot of goals for us, of course. If you look at the last few games, we’ve been able to score goals. We won’t get a new striker in the next few weeks. We will get back on track with the current squad.”

on Mathys Tel: “He is still very young and has the opportunity to develop further with us every day. He’s doing really well in training and on the field so far. For a 17-year-old, he’s come a long way.”

on the match against BVB: „We analyzed the game together with the coach. The Plzen game is 2-3 days later. We also discussed this game. We’re more concerned with the upcoming. I spent time on the bus writing notes and it felt like I was signing 5000 autographs. Basically, we discuss every game, the past and the next ones.“

on the tight schedule ahead of the World Cup: „It is a unique situation for everyone who takes part in the World Cup. As long as you feel in good shape, it would be nice to play games every three to four days. That’s why we’re all doing this. Even though it would be nice that we had a longer preparation time ahead of the tournament, it is what it is.“

on the fans‘ criticism for congratulating Dortmund: „In the 90 minutes that I was on the pitch, nobody can blame me for not doing everything to win. As soon as the game is over, you should have sportsmanship despite all the emotions. I don’t see a problem with why you shouldn’t also congratulate your opponent on a successful comeback. If they feel attacked, I will leave them to their emotions for now“

on Mathys Tel: “He is a candidate [for the starting XI] for tomorrow. He’s a talent, a very young player who still has a lot to learn. We have a few other players who have a certain standing. In France, he didn’t make 30 games with the pros either. He has to develop, he does that all the time. Of course, it’s also the case that we play every 3 days and we’re always thinking about the games that come on the weekend. For example, Thomas Müller could also play on Sunday. Eric Maxim Choupo-Moting was better as a substitute against Dortmund, so we chose him. Finding balance is easier on the outside than on the inside. Mathys is 17 and plays for Bayern Munich. It’s his job to consistently perform well and then he’ll consistently collect more minutes.“

on Leon Goretzka: “He is doing exceptionally well. It’s not that easy to keep coming back after multiple setbacks. He also coaches a lot in training, which is very noticeable. He tries to take on a lot of responsibility. He always makes the coach feel good and always marches ahead. He has a lot of dynamism in his actions and is a straightforward player. With Leon, we have a different physicality in the game, also in terms of heading. He is a classic box-to-box player. If he stays injury-free he will have a good season and a good World Cup for Germany.”

about missing a striker: „Statistically speaking, we have more goalscoring chances than last year. It might also be a good thing that we’re more variable up front. In general, it’s always a question of the transfer market, which makes sense to us. In a phase where you score fewer goals, it’s always easy to ask such questions. My job is to control the situation so that we can compensate. I’ve commented on this topic many times. There is always the question of what is available on the transfer market. The squad is good enough.”

on Ulreich and Neuer: “Sven has a lot of experience. He is used to performing well when needed. Manu wouldn’t have played tomorrow. The pain in his shoulder is big. We’ll have to wait and see how things go for him on Sunday. Luckily we still have a few days left.”

on the formation: “Predicting the line-up is not a big problem for me. With twelve points, we would have a good starting position to reach the knockout phase. That would give us the rest we need also for the game against Freiburg. This is an extremely important game for us. It’s up to us to maintain our peace in the Champions League. Every single one of my players wants to play tomorrow and on Sunday. They always play a game to win it, no matter against whom.”