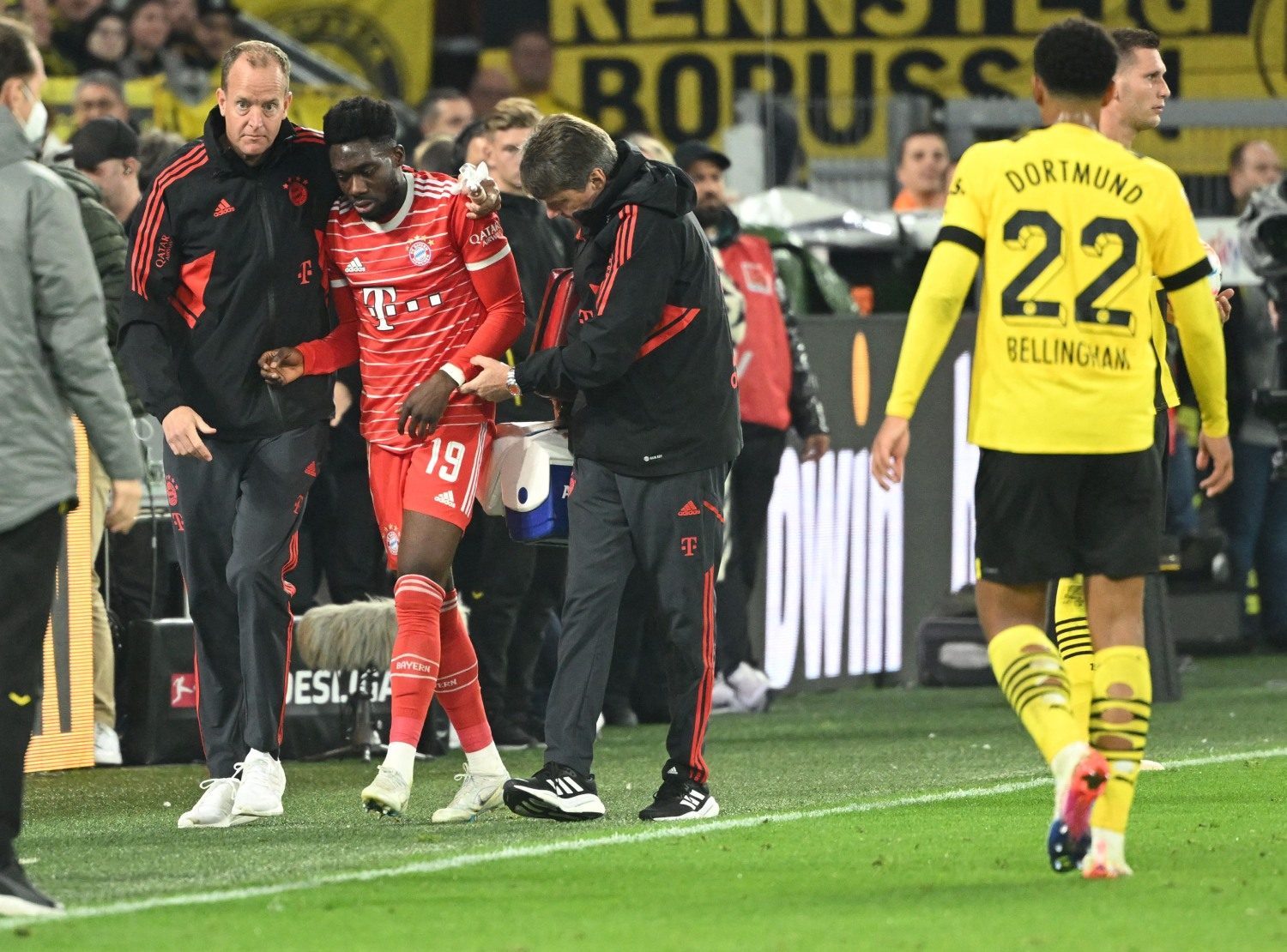 The Canadian left-back had to leave the pitch in the first half against Borussia Dortmund after a hard collision with Jude Bellingham. Bayern Munich have now made the diagnosis official.

Just before half-time, the English midfielder Jude Bellingham tried to tip the ball over Alphonso Davies, who was coming behind him to get the ball. Davies got the ball first with his head, but Bellingham’s foot ended up clashing with Davies‘ face.

The Canadian left the pitch and went straight to the hospital while being replaced by Josip Stanisic in the game.

According to Bayern’s official statement, Davies suffered a bruised skull and will not be participating in the next training sessions. However, there is no indication that Davies will be out for some time and is expected to return soon.

The collision between Davies and Bellingham has caused a lot of debate recently in Germany. According to referee Deniz Aytekin, who officiated yesterday’s match, believes that the challenge was not enough for a red card.

„[…] referees are always expected to have a certain empathy and feelings for the situation. Of course, there was contact, but Jude didn’t do it on purpose“, explained Aytekin for Sport1 Doppelpass

Bayern Munich CEO Oliver Kahn, responded on Twitter with the following statement: „Where was the empathy for Kingsley Coman?“