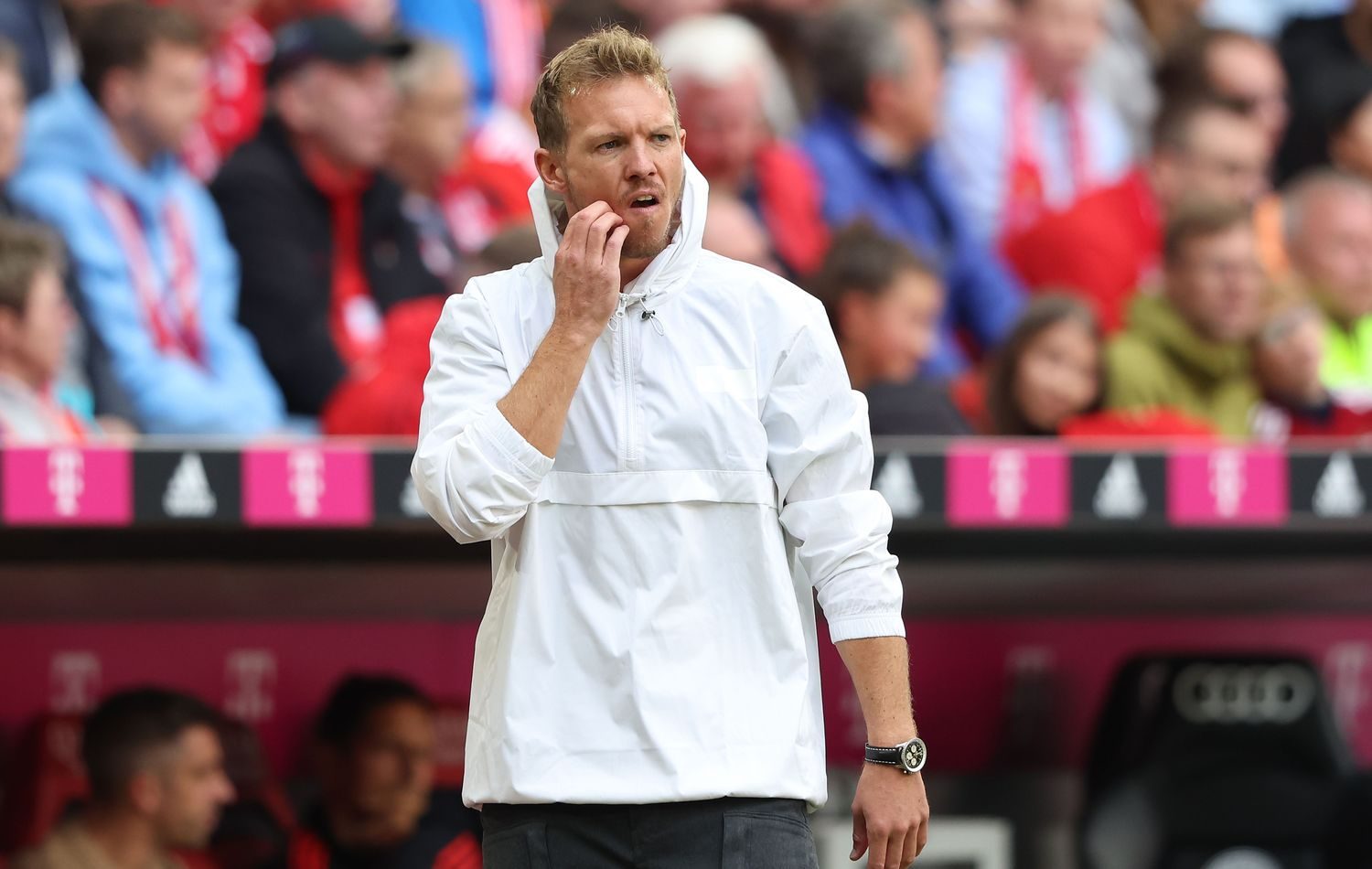 Photo: Getty Images
Julian Nagelsmann is on thin ice at Bayern Munich following the recent performances in the Bundesliga. A lot has been spoken about a potential release of his duties, but who’s to say that it will be easy?
Despite the performances, the club’s management made it clear publicly that they stand behind the coach, not only because they have trusted him a lot in the long term and paid for him quite a big amount of money, but also because there is an underlying reason that makes Bayern hesitant to release the 35 years old early.
According to BILD, there exists a clause in Julian Nagelsmann’s contract that takes effect in the second season.
The German magazine reports that releasing Nagelsmann from his duties earlier would be costly for the club in terms of finances. After the separation in the middle of the contract, the club has to pay the coach compensation a.k.a. salary, a sum which decreases each year until it reaches the last year of his original contract. Nagelsmann currently earns 8-9 million a year with Bayern.
But, the catch is that Bayern will have to pay Nagelsmann more due to the clause that has been inserted. So, if Nagelsmann is to be sacked now, in the second season, when the clause takes effect, this means that Nagelsmann would have the right to freely negotiate the severance package. In plain language, this compensation sum (salary) could rise to more than 10 million euros.
Ultimately, this clause won’t be valid after this season ends. And if Bayern were to release Nagelsmann in the third season of his contract, the club would have to pay him the compensation normally. It will be interesting to see how well the season goes and whether Nagelsmann will be able to turn things around.
Tags :Julian Nagelsmann