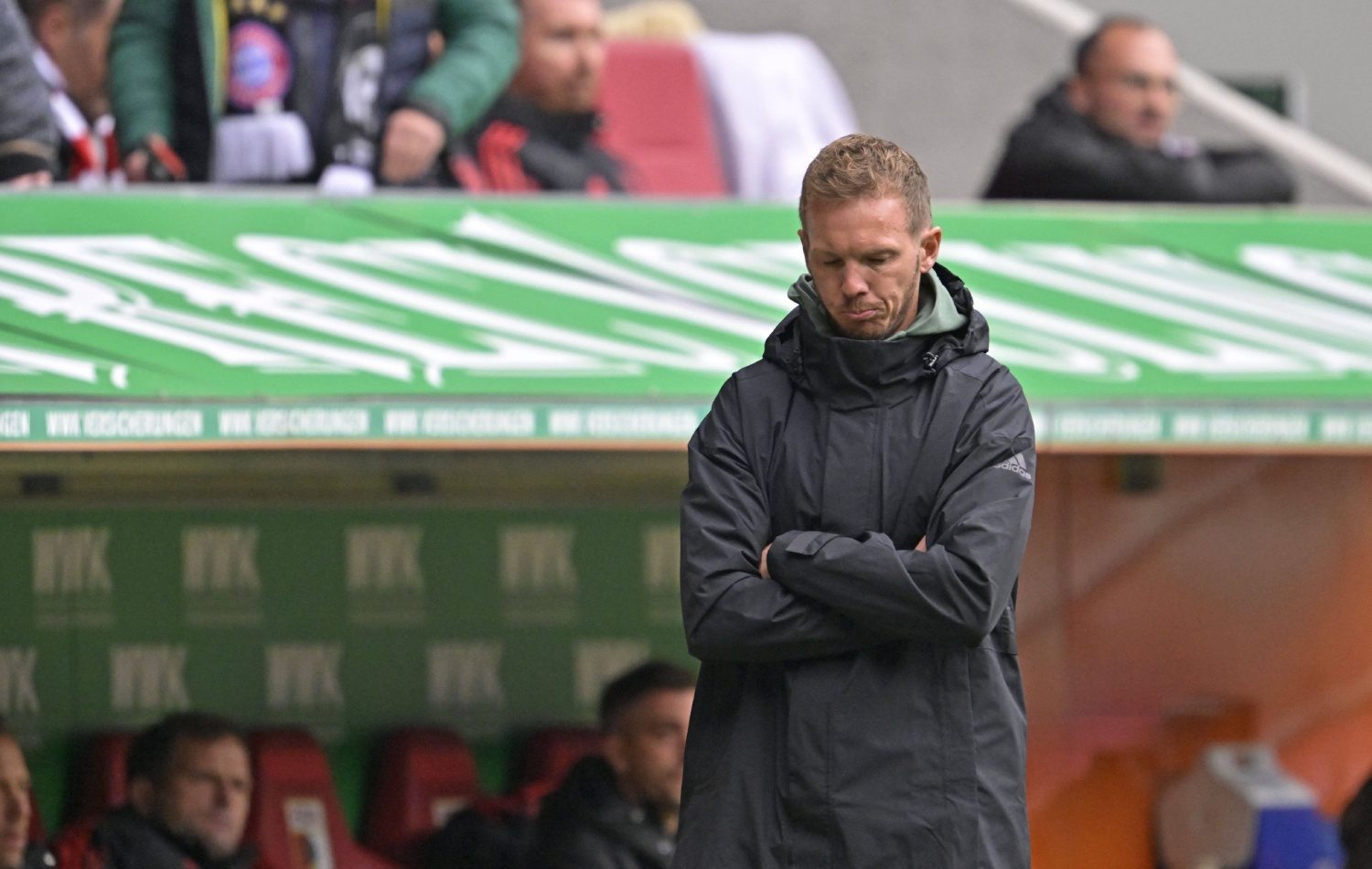 Julian Nagelsmann has made some ludicrous claims on his team, describing them as a ‚pile of chickens‘ after the 2-2 draw against VfB Stuttgart

Already internally criticised by players, a Bundesliga draw or loss against Bayer 04 Leverkusen on 30 September could be the beginning of the end for Julian Nagelsmann. According to SportBild, the head coach addressed current issues with the six members of the team council. The players have announced their dislike for how Nagelsmann explains the poor results to the media, especially Leroy Sané, who he individually criticised and suggested he ’set his shots high than flat along the ground in front of the opposing goalkeeper‘, in reference to his missed chances against Augsburg. Sané was furious and this has escalated to the rest of the squad, who want more self-criticism from Nagelsmann, who has so far often blamed the team and in an instructive tone, rather than protecting them. The players have also criticised Nagelsmann’s lengthy explainations to the media, unlike his predecessors, who directly answered questions and nothing more

After the 2-2 draw against Stuttgart, Julian Nagelsmann allegedly called his team’s style of play ‚like a pile of chickens‘ in the final stages of the match which led to the last-minute equalising penalty. He was also berated within the team for his eye-catching fashion outfits. Although he wears apparel from club sponsors Adidas and Hugo Boss, the decorative outfits have been a talking point and he has been criticised by treating the touchline fashion as a ’show business‘ rather than a football match