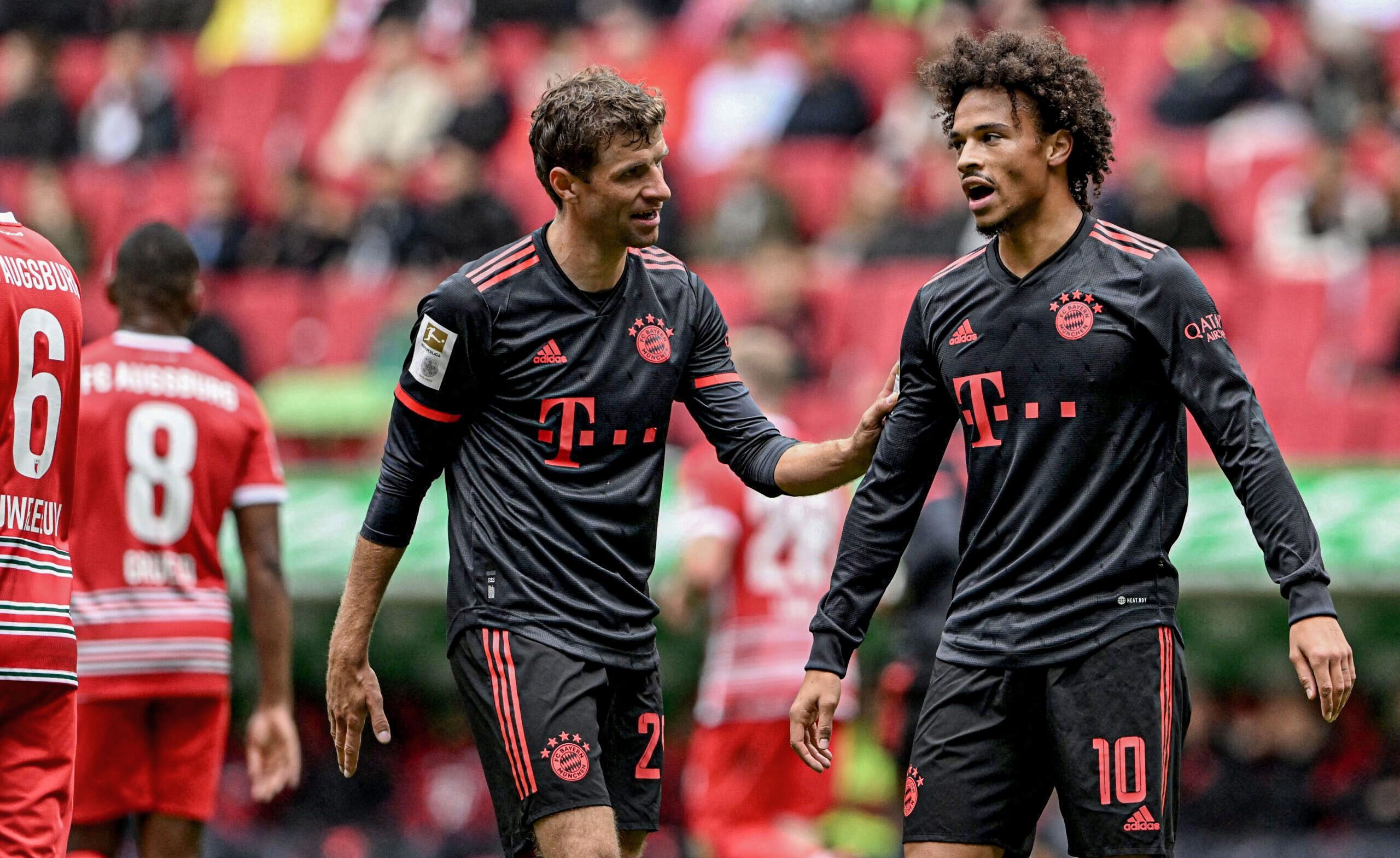 Four Bundesliga matches in a row without a win is not good enough at FC Bayern München. Stretching back to last season, the team has only won three out of the past ten matches, and has lost the record of scoring in 84 Bundesliga matches in a row, a run stretching back to a 0-0 draw with Leipzig at the Allianz Arena in February 2020. This Bundesliga campaign start as a reigning champion is the worst since 2001, when FC Bayern managed just 11 points after 7 matchdays

Talk about the lack of a true striker, namely Robert Lewandowski or a suitable replacement, as been the talking point of many. When the match doesn’t go to plan, it’s easy to immediately point the finger at the most obvious of them all. But let’s slow down a little, and take a few steps back to see how FC Bayern were setting up before the Polish hitman’s departure

Regardless of whether fans prefer playing with a central forward or without, the lack of a true striker is reminiscent of the early 2010’s and some outstanding team football. In Julian Nagelsmann’s own words, ‚it’s easier without a striker as there is no more focal point in attack. Before, there was one target you could focus on when defending. Now teams have to focus on everyone‘

He’s not wrong. But there’s an opportunity cost. Robert Lewandowski, UEFA Best Player and FIFA The Best winner, was the best in the world for a reason. As most evidently shown in the 5-1 Bundesliga defeat to Eintracht Frankfurt in what proved to be Niko Kovač’s final match as head coach of FC Bayern three years ago, he has the ability to change a game and turn the tide by himself. Cleverly receiving the ball from Serge Gnabry, Lewy swung away from four defenders and slotted the ball home past an onrushing Kevin Trapp to halve the deficit heading into half time

Now that he’s gone, who’s the ‚clutch‘ player in the FC Bayern squad now? Sadio Mané seems more like a ‚choke‘ player, having a bright start to the season before failing to score in his past five matches. Similarly, Serge Gnabry hasn’t been fruitful in front of goal, nor has Leroy Sané or even Jamal Musiala. Kingsley Coman is out, Leon Goretzka is just returning from injury. But there is no more ’super-sub‘, nobody who can come off the bench and swing the momentum to the reds. No more 5 goals in 9 minutes off the bench, no more 2-goal and 2-assist contributions in the DFB Pokal when down and almost out

But the 4-2-2-2 hybrid system is failing, and it’s clear now it works. Under Louis van Gaal, Jupp Heynckes, Pep Guardiola, Carlo Ancelotti, Niko Kovač, and Hansi Flick, all of these coaches played with an extremely wide system. Counterpressing was just rising in popularity again, and stretching the team to both touchlines meant opposition out of possession had more ground to cover. If the team in possession lost the ball, it would be harder to counterpress, covering more space in less time before a counterattack was possible

Now, Julian Nagelsmann is shifting the dynamic into a narrow system, focussing on false 10’s to play inside. Natural wingers such as Leroy Sané, Kingsley Coman, and Sadio Mané have all been deployed centrally as to collect the ball and shift wide, opening central gaps as they do. The lack of width allows for a more efficient counterpress, exactly what Julian Nagelsmann prefers

But such lack of width is also a lack of space. With technical players on the ball, this is where FC Bayern should excel. But against rigid defence and disciplined opposition, the space will never break open. It’ll take a lot longer than 90 minutes to force openings for goals. This is why FC Bayern have failed in the Bundesliga so far, but succeeded in the UEFA Champions League. Teams like Inter Milan and Barça step forward and press high to win the ball and score, whereas Borussia Mönchengladbach and Augsburg have sat deep, whilst Stuttgart and Union Berlin play higher and narrower. The lack of space to exploit in the middle, where the technical players are, is what nulllifies FC Bayern’s attack. The stubbornness to not exploit the wide spaces, like Nagelsmann’s many predecessors, is coming to bite back. Fast

Defensively, set-piece situations are still an issue. Concession of numerous goals from set-pieces so far this Bundesliga season is costing the team a win, as seen in recent results. Again, technical attacking players have less defensive awareness, and lining them up zonally with a numerical disadvantage on the far post does little to stop the free-flowing goals at the wrong end. Often caught ameteurishly ball-watching, blind-side runs on set-pieces have been FC Bayern’s defensive downfall these past few weeks

Until next time, let’s use the international break to slow down, think, and regroup for another tough set of fixtures ahead