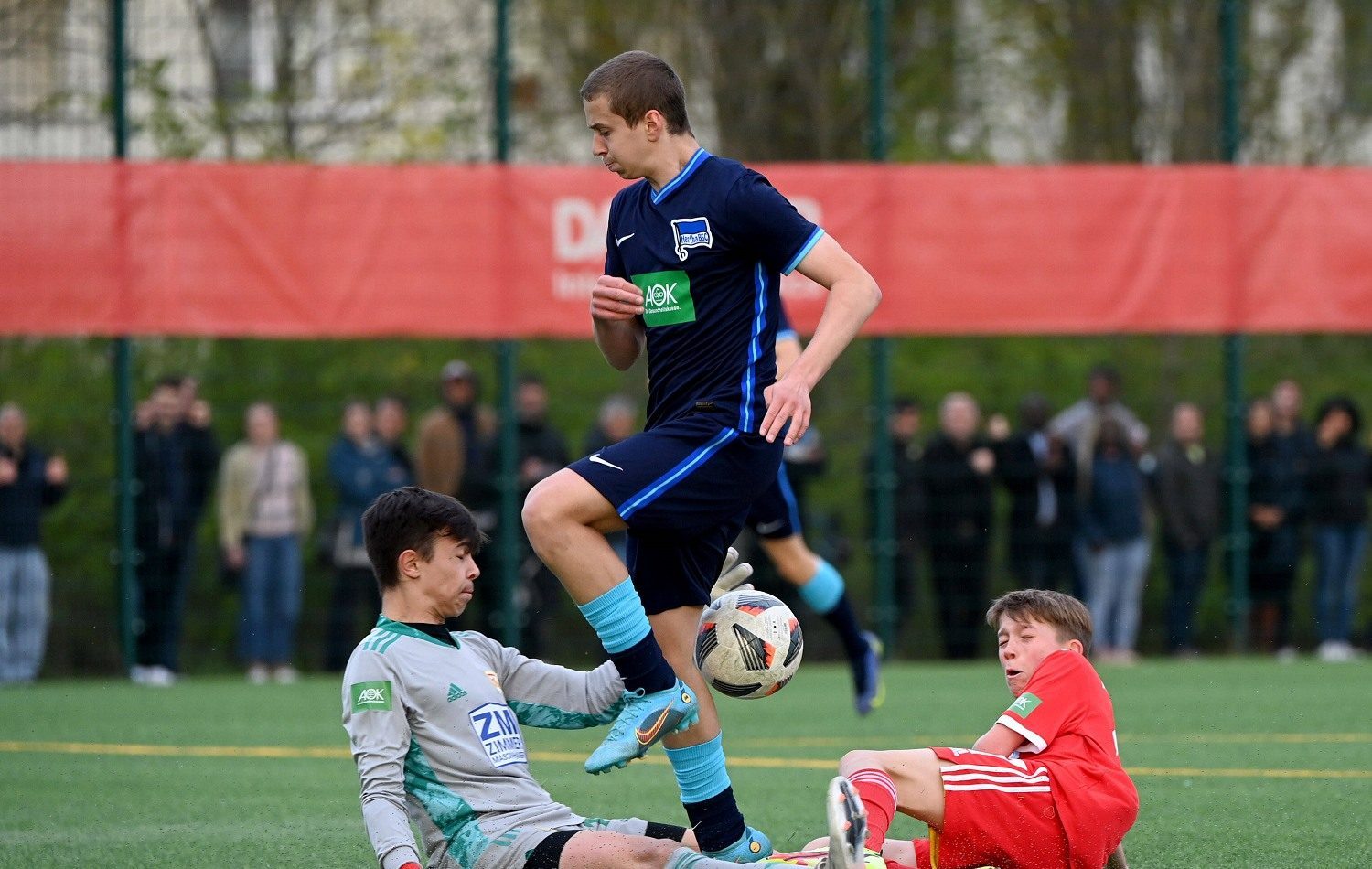 According to reports, Bayern Munich have snatched another top talent from the Bundesliga youth clubs. Ylli Gashi, the 14 years old of Hertha Berlin, will soon become a Bayern player.

Bayern have been linked with Kosovan Albanian for weeks. Hertha junior team boss Pablo Thiam confirmed in an interview with „BILD“ that Gashi will join Bayern soon: „Yes, there is now an agreement in principle with Bayern, even though the contracts have not yet been signed. That will be settled in the next few days.” According to “BILD”, the youngster will receive a four-year contract with the Bayern youth teams until 2026.

The Berliners will receive a transfer fee of 90,000 euros, a sum that can increase to up to 120,000 euros through bonus payments. Gashi will play for Bayern’s U16, U17, and U18 in the future. In addition, Hertha can expect a six-figure sum if the striker one day plays for the professional team of FC Bayern

In the competition for Gashi, Bayern prevailed against Borussia Dortmund, RB Leipzig, Bayer Leverkusen, Chelsea FC, and Juventus, among others. The youngster is considered one of the greatest talents of his year.