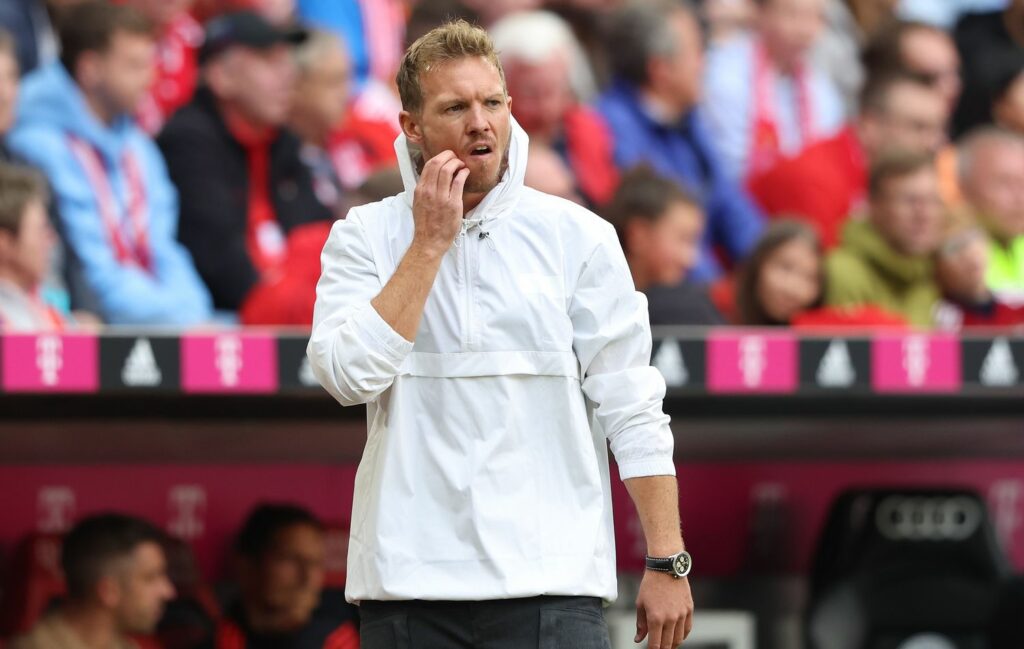 Things are boiling inside Bayern Munich. Before the match against Barcelona, there are unsatisfied players with the performances and coach Julian Nagelsmann.

According to „BILD“, some Bayern stars are unhappy with the fact that Julian Nagelsmann only blamed his team after the 2-2 draw against Stuttgart. After the Saturday’s draw against the Swabians, the 35-year-old said, among other things, that „we had enough chances to score the third goal“.

Nagelsmann explicitly listed three players who, from his point of view, could have scored: „We had three huge chances where we had to score a third goal – with Serge, Leroy and Jamal.“

The players themselves were angry after the draw. On Saturday, leading players like Manuel Neuer, Joshua Kimmich and Leon Goretzka all left the Allianz Arena without commenting on the match

According to „BILD“, the Bayern players particularly complain about the lack of self-criticism from their coach. The players think that the coach must also question himself with regard to his tactics.

Sports director Hasan Salihamidzic has put himself in a protective position in front of Nagelsmann when it comes to rotation: „I said to the coach: It’s more important to me that we’d rather play a draw once more than having too many dissatisfied players,“  he told „SPORT1 Doppelpass“ on Sunday.