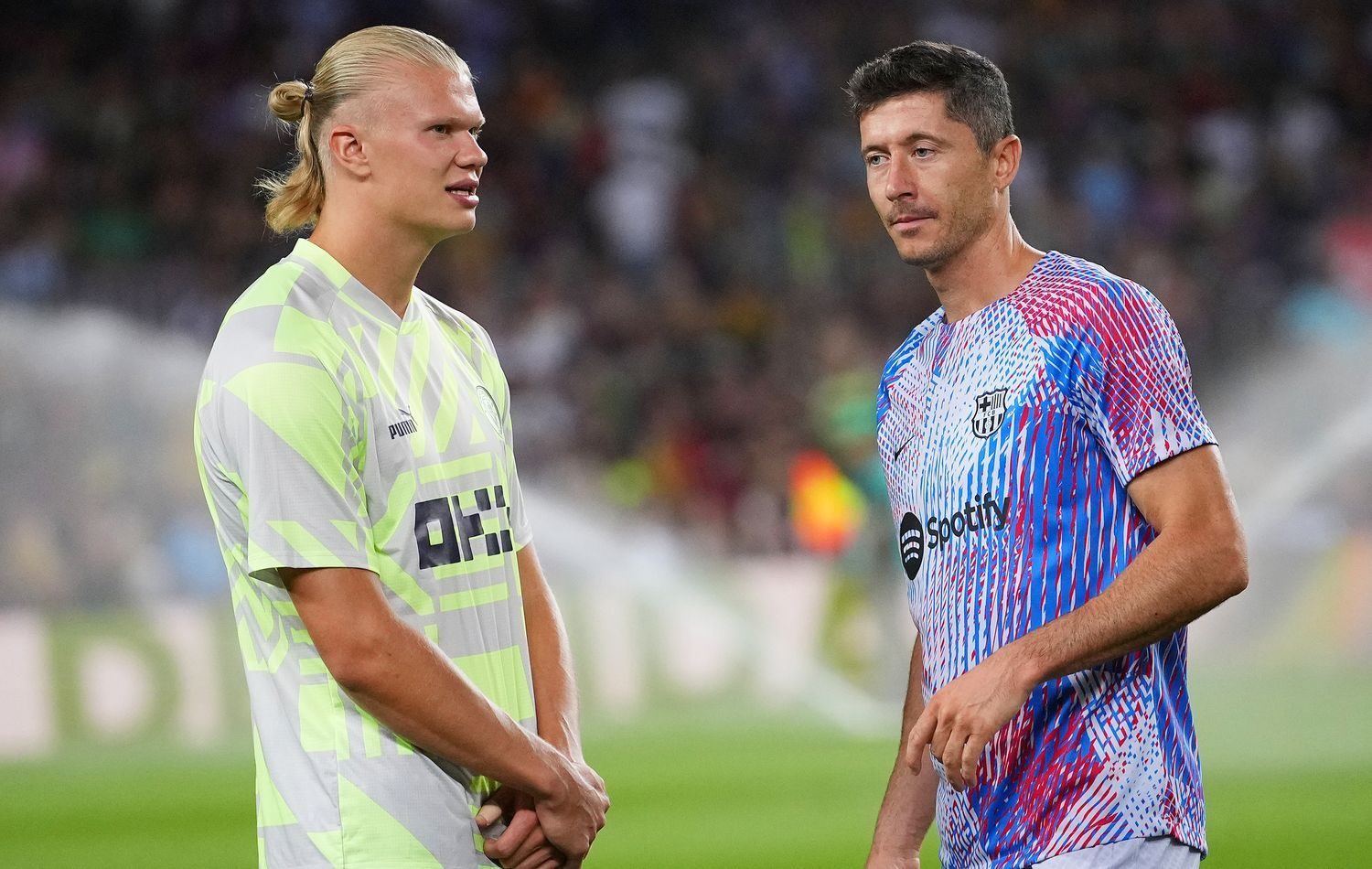 Sporting director Hasan Salihamidzic has recently confirmed that Bayern Munich had talks with Erling Haaland to replace Robert Lewandowski. This was among the reasons why the Polish striker decided to leave the club in the first place.

As part of the documentary „Haaland – The Decision“ by the Norwegian broadcaster „Viaplay“, Erling Haaland has also confirmed the interest of Bayern Munich in him.

The former Borussia Dortmund star reveals that he felt sorry for Lewandowski: „If I put myself in Lewandowski’s shoes – I don’t know how many goals he scored for this club and how many titles he won – you have to feel sorry for him. For real. I find it disrespectful”

The Norwegian was one of the most sought-after players on the transfer market in the summer. In order to make a decision, Haaland came up with a points system that was used to evaluate every prospect. He asked himself: „Does the possible new club already have a strong number 9?“ At this point, it was not expected that Lewandowski would leave Bayern at the end of the season.

Haaland’s father Alf-Inge revealed in the documentary that Bayern were second on the list of preferences in spite of Lewandowski. In the end, the Norwegian international opted for a move to Manchester City.

Recently, Bayern sporting director Hasan Salihamidzic confirmed the negotiations between Bayern and Haaland: „We’ve had a few talks, of course, that’s no secret. We had things in mind that we could do. I don’t want to blame the player for that either. He has chosen what he thinks is best for him.“