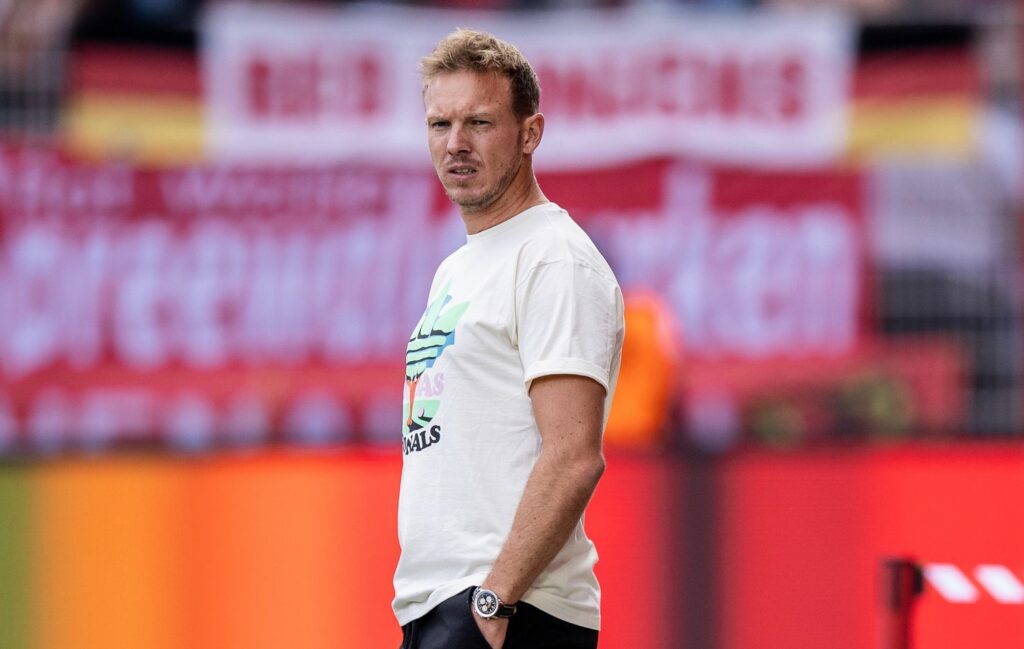 Bayern Munich only managed to get one draw against Union Berlin for the second time in a row in the league.

A few days later, Bayern will be facing Inter in the UEFA Champions League. The Italian club lost the Milan derby 3-2 to AC Milan on Saturday evening. For Bayern, a win would be a nice statement for the opponents in the Group C.

Here are the most important statements from the Union match

„As far as the result is concerned, it’s alright. We didn’t create as many chances like we did against Mönchengladbach. We were closer to the lead, especially in the second half. Unfortunately, the energy level was not at the same level as last time, but that happens. Union defended passionately and were compact.

In the first half we had two huge chances, in the second half we had two top situations that we didn’t play ideally. In the end, the result is not undeserved for either team, even if we were maybe closer. We’ll have to settle for one point.“

… on Jamal Musiala: „I had the feeling he wasn’t at 100%. There were slight interruptions in his movements. He’s a young player that always wants to play. He’s not 32-33 to know exactly everything about his body. So we have to intervene and make sure that he stays fit“

„Union showed what we had expected. What hurts is that we fell behind. You are not supposed to score everything. When you play against that defensive line, one out of five chances will be a big one. We lacked the final touch in the passes. In the end it was a draw, Union weren’t for no reason in the second place. We played a decent game, but not a great game that we can be very happy with, but that was also due to the opponent.“

‚We’re not satisfied, we didn’t get what we wanted and we didn’t implement a lot of things to 100%. That’s why we go home with a point. You don’t get many clear opportunities against Union, so you have to play them well. Especially at the beginning of the second half we could have played one or two things better. If we took the lead there, we probably would have won the game. We didn’t take our chances well, that’s why we didn’t deserve three points.

„We didn’t play that well today, we didn’t have that many chances. We didn’t play with the energy like we normally do. Union did very well, compliments to them. We always want to win, but we didn’t manage that today. We have to analyze that and then improve. Inter are difficult opponents. They have a team with a lot of experience and physically very strong players. They always play the same way, in a 3-5-2 system.“