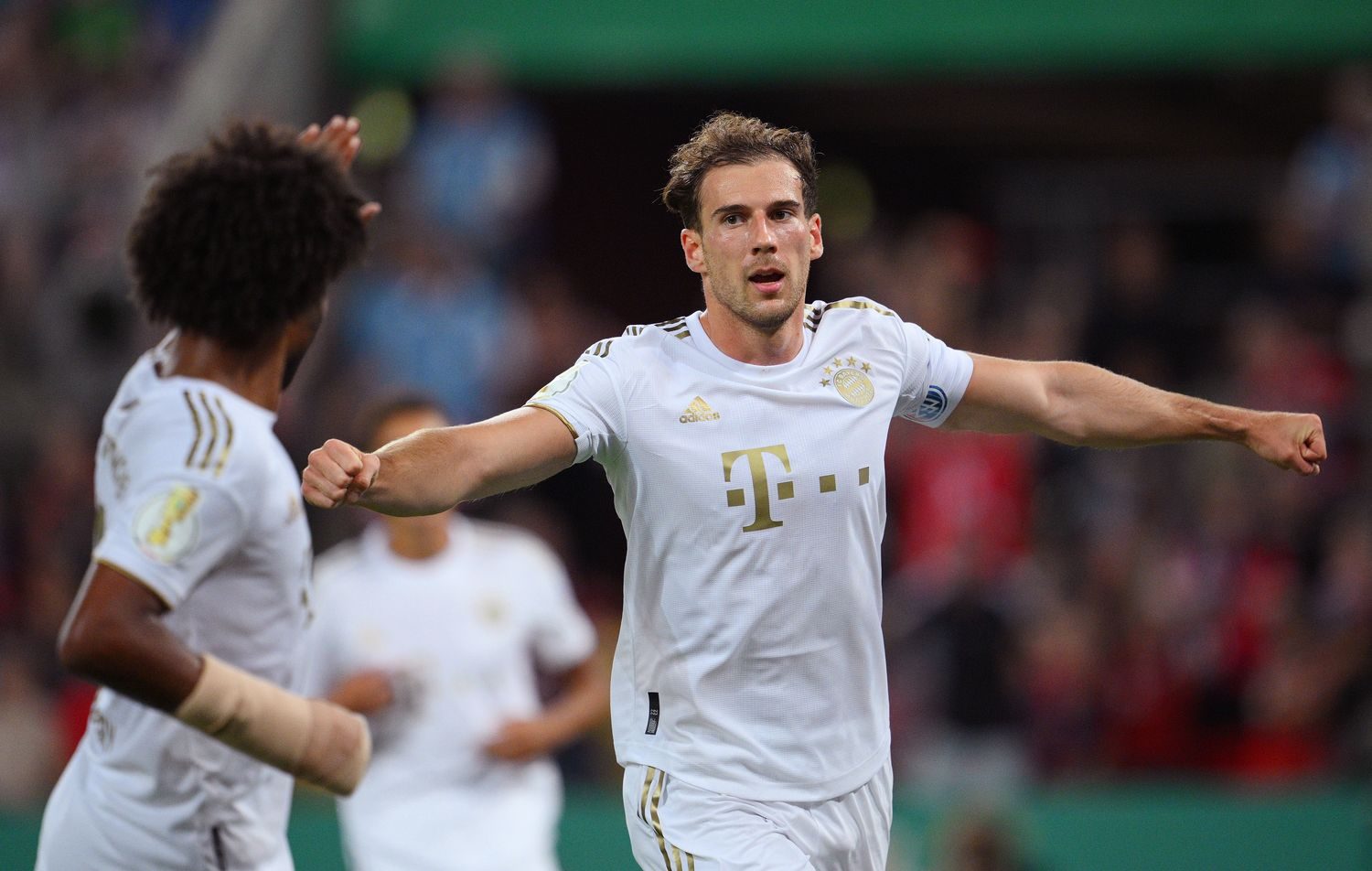 Leon Goretzka made a great return by scoring on his comeback against Viktoria Köln in the DFB Pokal. This was also Goretzka’s first match and the first goal of the season.

As Julian Nagelsmann had already indicated before the Pokal game against Viktoria Köln that Goretzka would celebrate his comeback against the third-division team, the midfielder came on as a substitute in the 69th minute when the score was 0-3 and still managed to find the back of the net. Goretzka finished the game in the 82nd minute with a great solo run and a precise finish to make 0-5.

After the game, he revealed that he got a bit lucky with his goal: „I wanted to shoot through the defender’s legs, but I didn’t hit the ball cleanly. Sometimes you have to be a little lucky. I’m happy to be back on the pitch and my season can really start now.“

During his absence, Goretzka was replaced by the Austrian midfielder Marcel Sabitzer, who managed to play really well and form a solid duo with Joshua Kimmich.

Newcomer Ryan Gravenberch also made his starting XI debut against Viktoria Köln, scored straight from his first start, and showed that he is quite capable of keeping up with Bayern’s heavy midfield competition.

Goretzka has to fight back after his injury. According to his own statements, however, he has no problem with the competition: „We brought in good players. You saw that in today’s game. Sabi [Sabitzer] is doing really well, and so is Ryan [Gravenberch]. In the end, we need all the players. I’m really hyped for the season.“