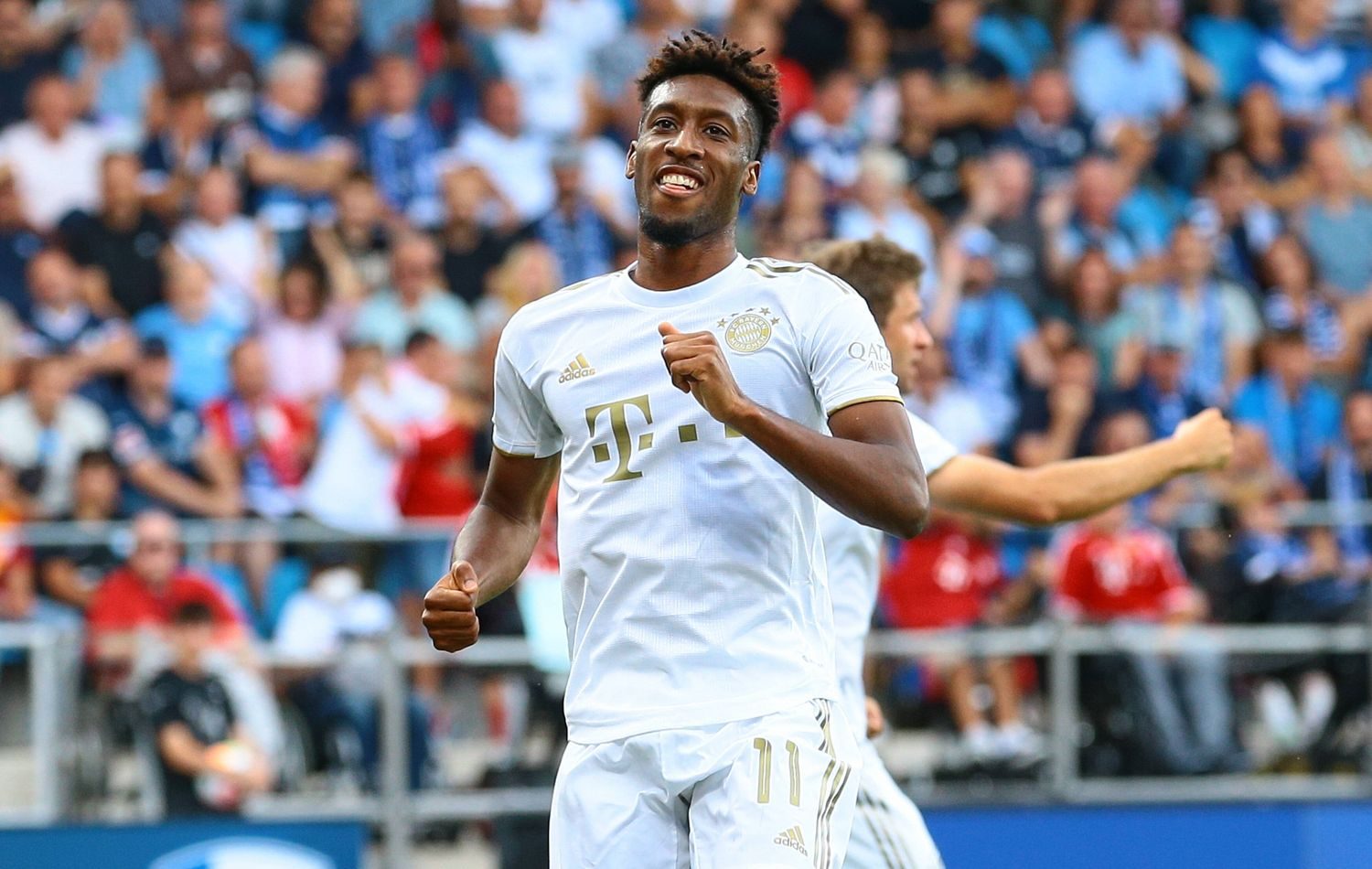 Despite the 10th league title in a row, the 2021-22 season was not at all satisfactory for Bayern Munich. The Champions League elimination against Villareal and the early elimination in the DFB Pokal certainly left a bitter taste in the players and the board.

Following up on a disappointing season, the club took action quickly and decided to make possibly the greatest transfer window in the club’s history. The signings of Matthijs de Ligt, Sadio Mane, Ryan Gravenberch, and Noussair Mazraoui showed that when Bayern wants, they can buy whoever they want.

With such signings, the club should now expect a lot of success in the most important competitions. Of the same opinion is also Kingsley Coman, who has performed wonderfully for the club since the start of September 2021.

In an interview with „RMC Sport, Kingsley Coman made it clear that Bayern has to do much better considering the massive transfer window Bayern run in the summer of 2022, and much more it’s expected: „We have to do much better than last season. The club has done everything to ensure that we have the best possible team. The people in charge did a very good job and it is up to us to do the work on the pitch.“

The 26-year-old was absent in the first two Bundesliga games due to a red card suspension. The versatile attacker revealed that he has a lot of things planned for this season: „I feel physically good and have high expectations for this year. I will do everything to help my team win as many trophies as possible, including with the French national team.“

Coman is not concerned with individual goals, but focuses on team success: „I have always been a team player and I know that you have to make sacrifices and serve the team in order to win.“

In the summer of 2021, there were difficulties with extending Kingsley Coman’s contract. The Frenchman was therefore rumored to surely be leaving Bayern and perhaps celebrating his return to Paris Saint-Germain, but the winger ended up extending his contract by five years in January 2022.

In view of his past, Coman assumes that a return to Paris is possible, but it’s not entirely certain: „It would be silly to say it’s impossible, because, in football, everything is always possible. But I extended my contract because I planned to stay here for a long time, maybe even my whole career, we don’t know“