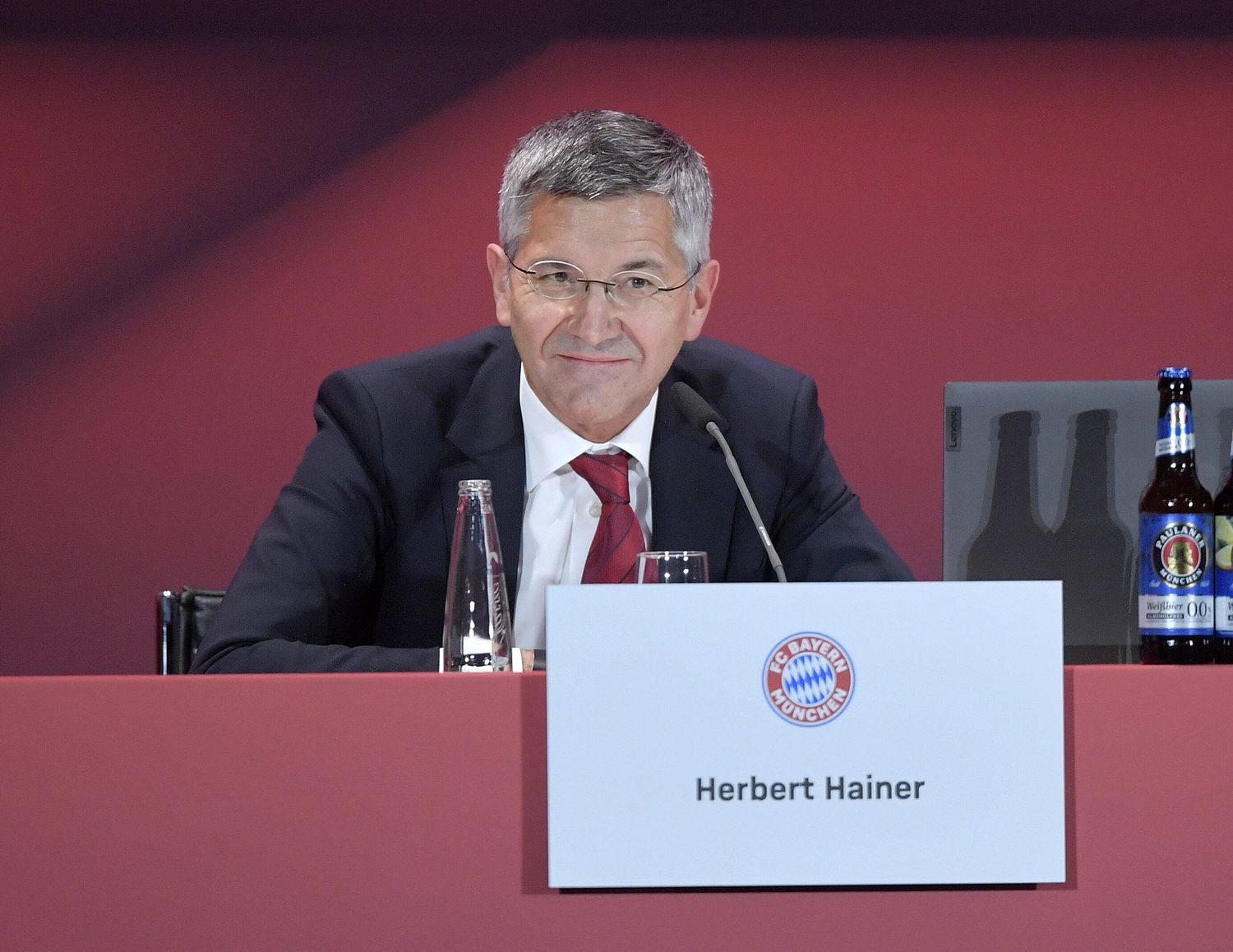 The club announced on Tuesday evening that the current Bayern Munich president Herbert Hainer wants to run for another election for the club’s presidency that will take place in October.

Former Adidas CEO, Herbert Hainer succeeded Uli Hoeness in November 2019 as the new president, but his reign as president has not been easy when it came to the closeness with the club or his similarities with his predecessor.

The annual greeting meeting, which will also be electing the new president, will take place on October 15th. Although Hainer might be the front-runner for the presidency, nothing assures that he will ’surely‘ win by a huge margin of votes when you see what has happened over the course of three years.

Bayern Munich have won the Sextuple in Hainer’s reign, the second Treble, and the 10th Bundesliga title in a row. But despite the success, there are voices outside the club, especially Bayern fans, who do not see Hainer as the right man for the presidency.

The Qatar debate last year sparked a lot of tension between the Bayern fans and the board, and a lot of them demanded Hainer’s resignation as president. At the same time, Hainer is widely described as very cold when it comes to „family“ matters within the club, even though, he has the trust of Hoeness and the current board of Bayern Munich.

For the presidency, apart from Hainer, will also be running Bayern’s two vice presidents, Prof. Dr. Dieter Mayer, and Walter Mennekes. Bayern board currently are said to be vouching for Hainer as the president, but the votes of Bayern Munich members and fans will also be as important