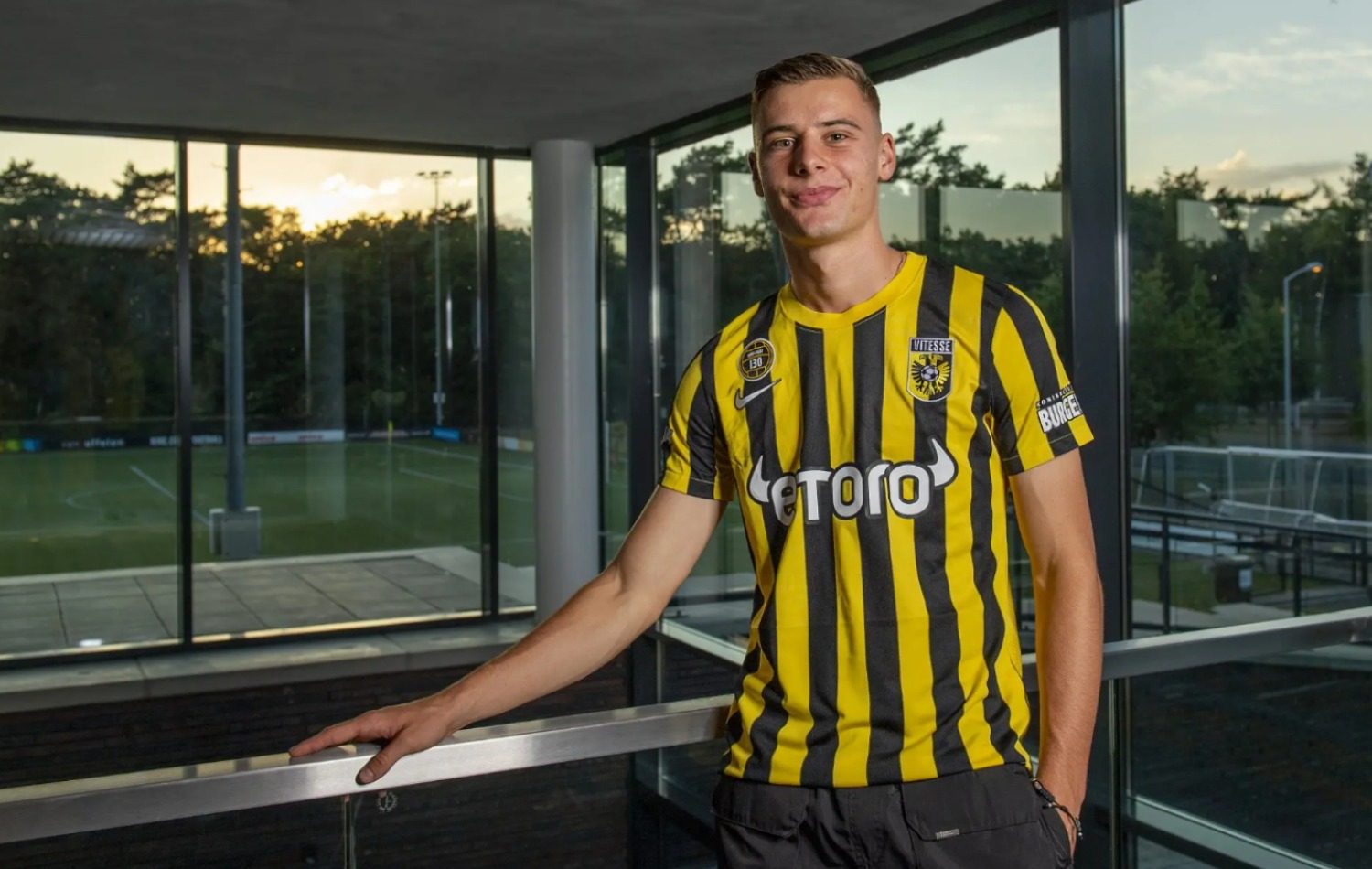 FC Bayern have announced another ‚departure‘, which is not quite one. On Tuesday afternoon, the club made the loan move of talent Gabriel Vidovic official.

The 18-year-old versatile midfielder will be loaned to the Dutch first-division club Vitesse Arnhem. Bayern did not provide any information on the exact duration of the loan, but it’s rumored to be one year without a buyout option.

„Gabriel’s good performances in pre season proved why he plays with the pros. We have now considered together what is best for his development and we have decided on a loan move. Gabriel has better chances to play regularly there. Arnhem is a very recognized European address for talent development“, commented sporting director Hasan Salihamidzic via the club’s website.

According to Vidovic himself, the decision to move to Vitesse was primarily his: “I am really looking forward to this new challenge. There were several options, but it was my wish to play football for this club. I’ve heard a lot of positive things about Vitesse and also had very pleasant conversations with the board. I am very grateful for this opportunity and will do everything to help the team as much as possible.”

The Croatian U21 international moved from FC Augsburg to the Bayern campus in 2016 and signed his first professional contract with the record champions until 2025 at the beginning of the year.

Vidovic has played four competitive games for Bayern’s first team where he recently made an assist against VfL Bochum. He also played 33 games for the amateurs where he scored 21 goals and made 10 assists.