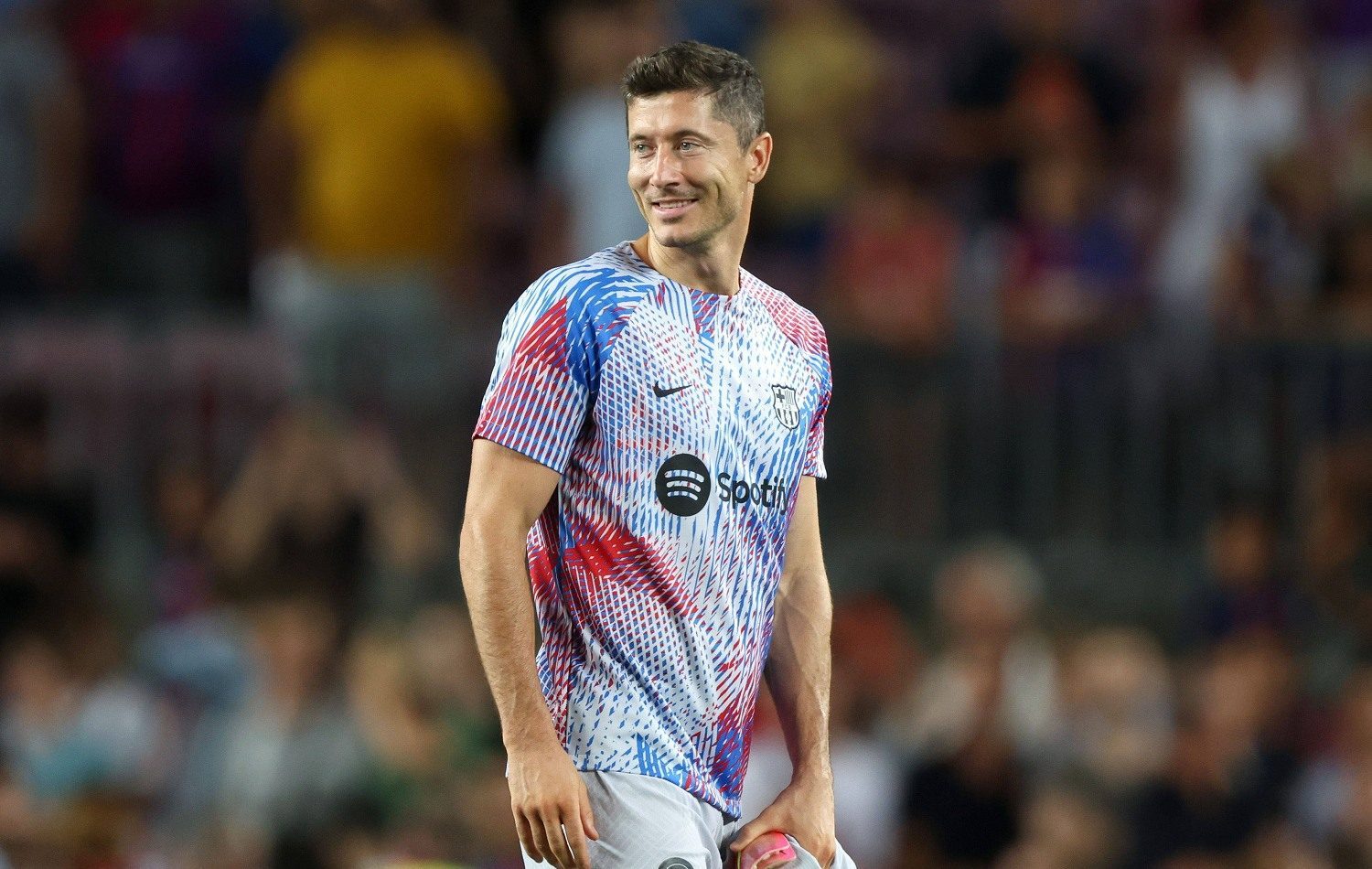 It wasn’t too late when Bayern Munich drew with Borussia Moenchengladbach on Saturday and the questions about Robert Lewandowski started to rise. Many were already concluding that Bayern missed someone like Lewandowski up front.

After the 1-1 draw against Borussia Mönchengladbach last Saturday, Julian Nagelsmann was confronted with the question of whether Bayern wouldn’t be missing a real center-forward like Lewandowski in games like this. The 35-year-old reacted visibly annoyed: „The discussion only comes up when you ask the question,“ he countered to a journalist at the press conference after the game.

Bayern sports director Hasan Salihamidzic has also had to explain countless times in recent weeks how Bayern are planning to score goals without Lewandowski in the future. After the draw against Gladbach, the 45-year-old explicitly praised Bayern’s new attack. But when Salihamidzic was asked by a reporter about Lewandowski’s absence, he was very blunt: „Should I repeat myself again?“

Bavarian native Thomas Müller, on the other hand, was much more relaxed than his superiors: „I said a few weeks ago that such questions will come up at some point.“ But the 32-year-old made it clear that the question was asked at the wrong time: „It’s unfortunate that the question only comes up after this game.“

Bayern have not won their last four games against Gladbach. Robert Lewandowski was also on the pitch three times. Although the Polish forward was able to score in the two games, it was still not enough to win – like last Saturday.

From Nagelsmann’s point of view, Lewandowski’s absence was not responsible for the result. The coach had a much more plausible explanation ready: „We had 35 shots on goal and six, seven headers. That should be enough to win three points in the next games. The only thing that was lacking was the chance conversion”

Especially since Bayern have already impressively demonstrated with 21 goals in five competitive games this season that they are quite capable of scoring a goal or two without Lewandowski.