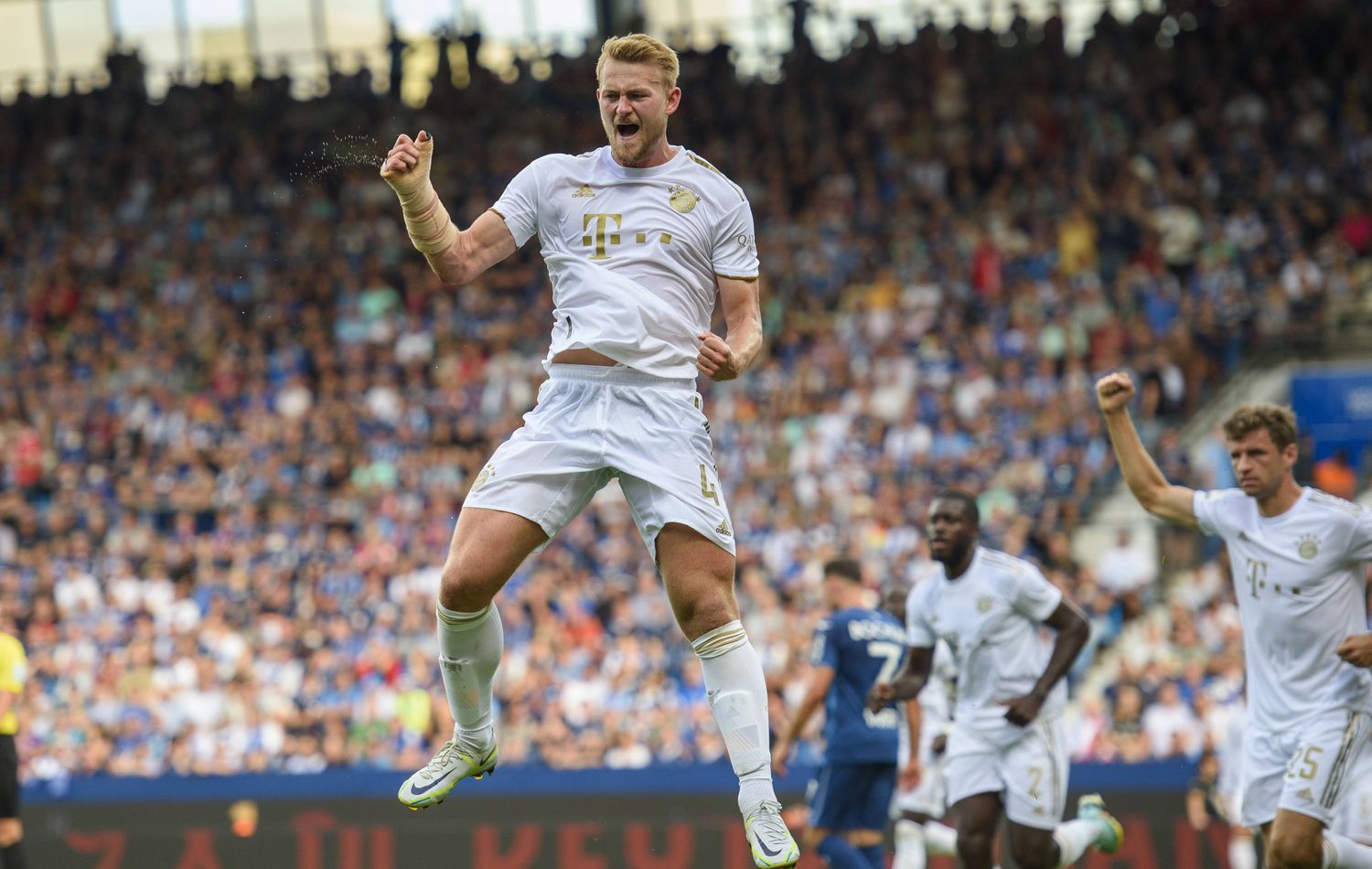 Matthijs de Ligt was initially on the bench on Saturday night against Borussia Moenchengladbach and was substituted on for Leroy Sane in the 85th minute.

Before Leroy Sane equalized 1-1 in the last phase of the game, Bayern were suffering a lot against a one-man army. Every single shot was saved by Gladbach’s hero Yann Sommer.

After the equalizer, Julian Nagelsmann wanted more height power up front. The 23-year-old Dutchman came on as a new striker and Nagelsmann revealed after the game how it all came about: „Matthijs is our strongest player in the squad in the air. There are few players in Europe who are as good in the air as he is. And we didn’t have a player with good headers on the bench anymore“, possibly a hint that Bayern miss a striker, but with de Ligt things are safe again!

The central defender had a great chance to turn the game around for Bayern in the 91st minute, but de Ligt also failed from almost 16 meters where his powerful shot was saved thanks to the great reaction and reflexes by Yann Sommer.

After the game, de Ligt commented on his unusual role as a backup striker: „It’s not normal for me. Usually, I’m a defender. But for me, it was nice to play as a striker. I did that two or three times when I was young and also scored a goal. Unfortunately, that didn’t work out today.“