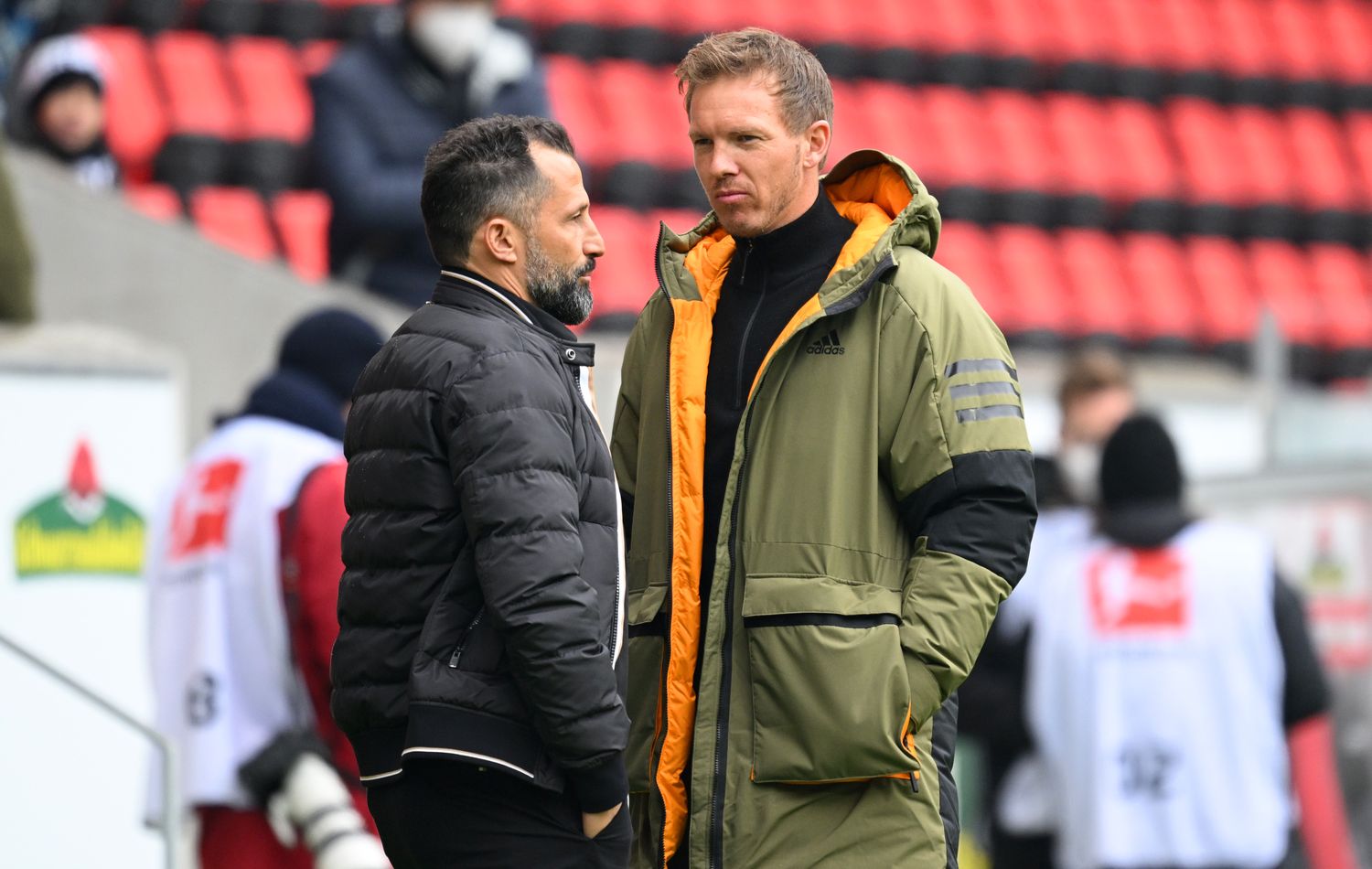 The club has completed one of the greatest transfer windows in its history. But what’s the secret behind Bayern Munich’s major transfers this summer?

Julian Nagelsmann has played a major part in Bayern’s transfers this summer together with Hasan Salihamidzic and his right-hand Marco Neppe. The three were instrumental in luring and convincing the likes of Sadio Mane and Matthijs de Ligt to come to Bayern.

In an interview for „Frankfurter Allgemeine Zeitung“, the German head coach explains the secret behind Bayern transfers. According to Nagelsmann, several people are actively involved in signing a new player. This starts with the question of which player is right for FC Bayern: “We first talk to each other internally and choose the players together. When we arrive in the critical phase, there is a meeting with Oliver Kahn, Hasan Salihamidzic, Marco Neppe, and me.”

It is also interesting that the head coach reveals that he does not have the right to veto transfers. One of the reasons why his predecessor, Hansi Flick left Bayern Munich was also due to the fact that he did not have a transfer veto. For Nagelsmann, this rule is no problem for him: „I am convinced that the club should have the last word. Because players stay longer than the coach. Especially when it comes to young players. Then the club can say: We’ll get this player and you work with him.“

„Oliver or Hasan would never get a player that the coach doesn’t want“, continues Nagelsmann.

Sports director Hasan Salihamidzic speaking for ‚Sky90‘ on Sunday evening, explains how important teamwork is when it comes to transfers: „We work together and talk. We coordinate well and that’s important to me. Each of us can also address what we don’t like and nobody is offended.“

But the Bosnian makes no secret of the fact that the coach is of course, particularly demanding: „Nagelsmann is always at the table. He says what he likes and doesn’t like. That’s how we decide. Either we convince him or he convinces us. That works quite well. He was always present with the boys at the talks. That’s why it’s his team, but we do it for the club and also for the fans.