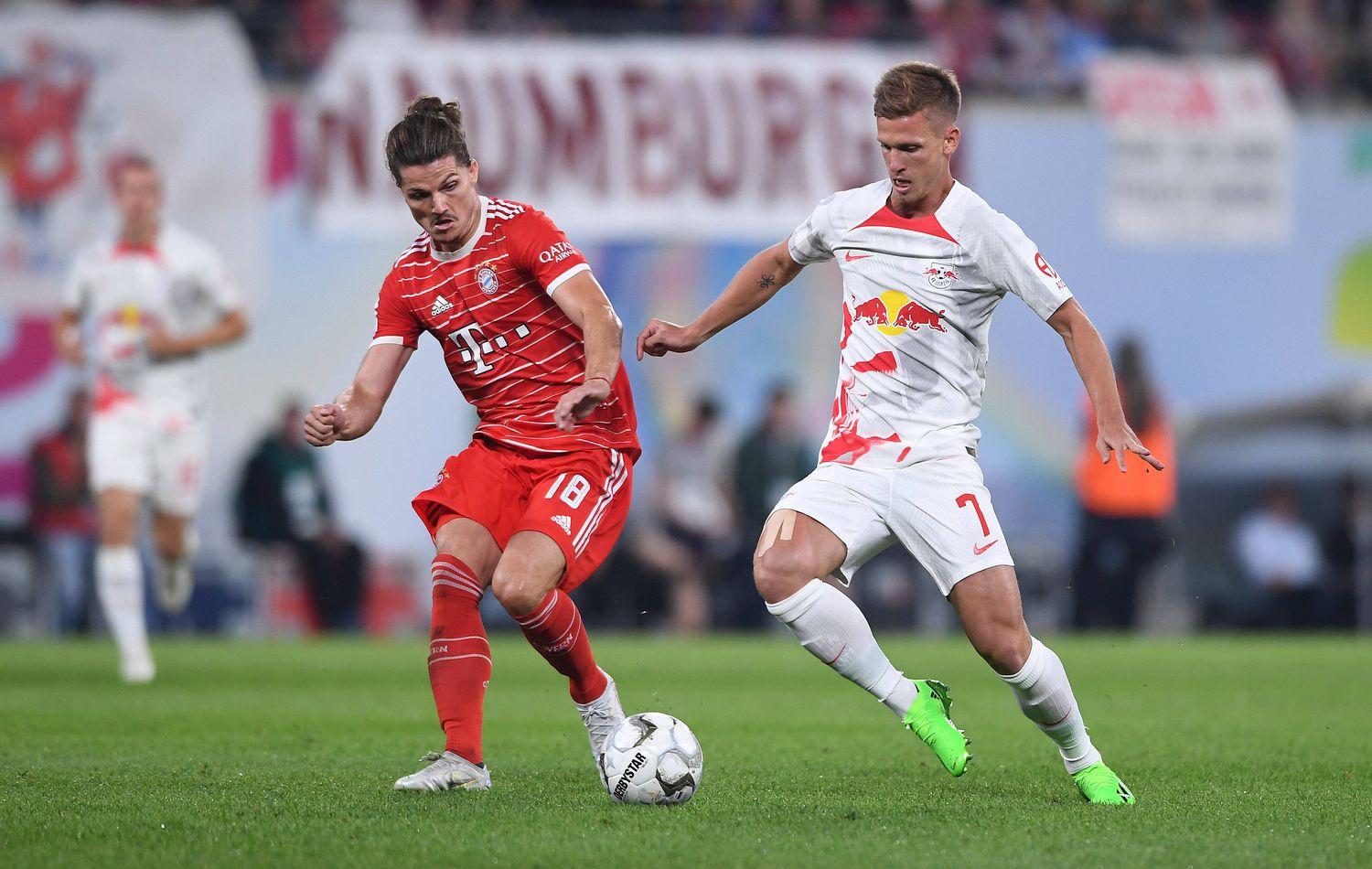 Julian Nagelsmann recently named Marcel Sabitzer the „winner of the preseason“. As a reward, the head coach gave the Austrian a starting XI position in the DFL Supercup against RB Leipzig.

A few Bayern fans would have seriously expected Marcel Sabitzer to play 90 minutes for Bayern in the first competitive game of the new season. In yesterday’s 5-3 win, the midfielder even played the full game and made it clear that he wanted to use his second chance at the club

Sabitzer replaced Leon Goretzka (knee surgery) in the starting eleven and was very present in the duels. His body language was aggressive and the Austrian was much more involved in the Bayern game than in the previous season.

After the game, Joshua Kimmich was also enthusiastic about the Austrian national player and his development: “Last season was very unfortunate for him. But he’s developed really well, he’s always one of the best in training. He gives us a lot of qualities, especially in Leon’s absence. I like playing with him.”

It will be exciting to see how long Kimmich can continue to play with Sabitzer. Rumor has it that the 28-year-old is still a sales candidate at Bayern Munich.