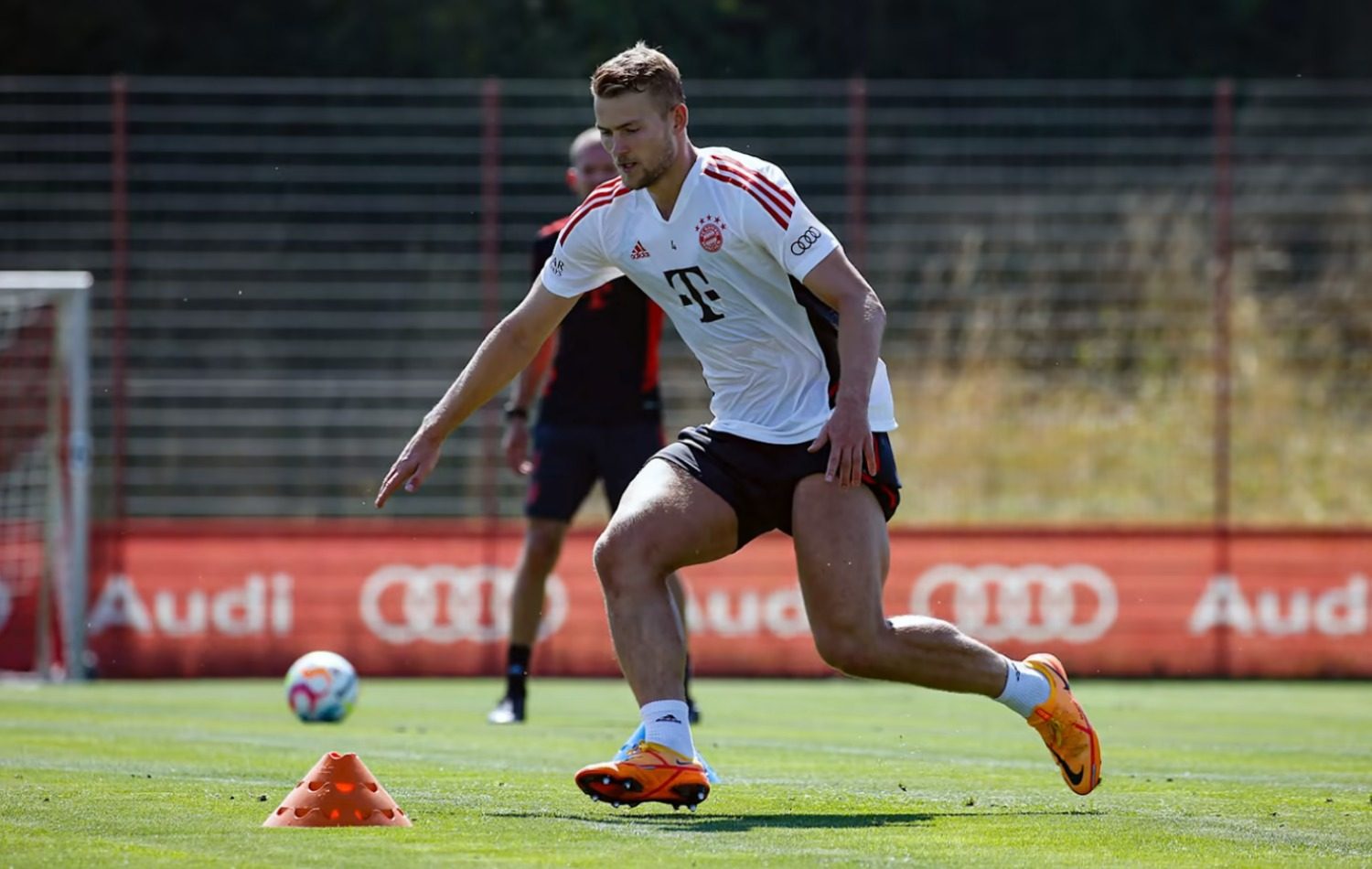 Matthijs de Ligt has become the second major transfer of the summer after Sadio Mane, the Dutchman was signed for a sum of 67m euro from Juventus.

He made his Bayern debut against D.C. United in a friendly, where he also scored. In the following minutes, de Ligt had to stop playing due to exhaustion. According to Julian Nagelsmann, de Ligt still has some catching up to do in terms of fitness, because, as de Ligt had apparently told him, the training methods at Juventus were difficult.

„I spoke to him after training and he said the training session at Juve was the toughest in four years. It was tough, but not that tough,“ explained Julian Nagelsmann when he was last asked about Matthijs de Ligt’s fitness. The Bayern coach emphasized that the Dutchman „must train hard“ in order to catch up.

De Ligt worked an extra shift with Sadio Mané on Monday 25th July. The rest of the team will start their preparations for the DFL Super Cup final against RB Leipzig tomorrow.

From Nagelsmann’s point of view, the fitness deficits at de Ligt have to do with the fact that he has not recently played regularly at Juventus: „I’ve heard that it’s not easy to stay fit in Italy.“