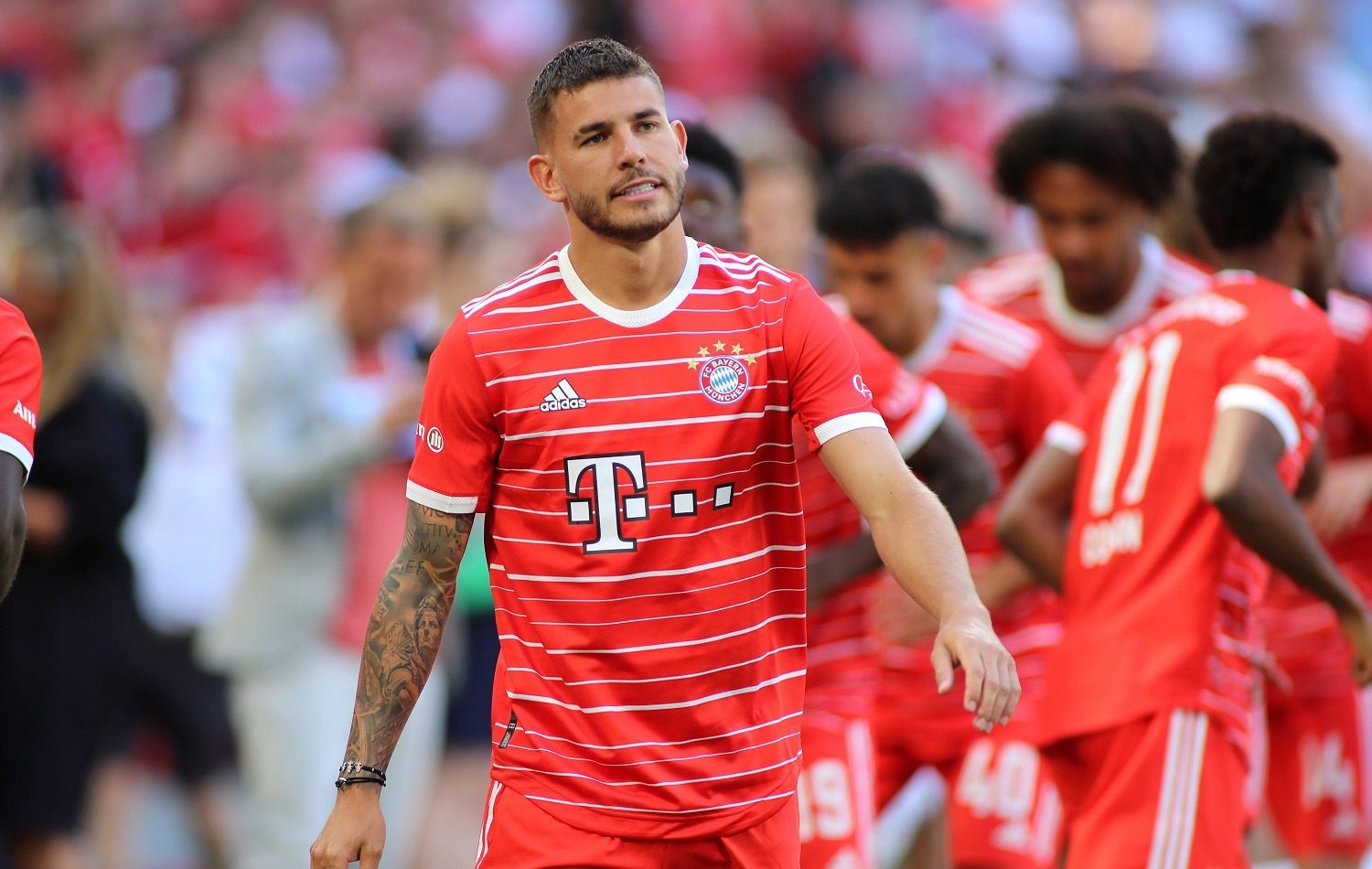 In an interview with „SPORT1“, the Frenchman made it clear that the club has done their homework very successfully on the transfer market: „We’ve got a few top players who are already doing very well and will definitely help us.“

Sadio Mané who was signed from Liverpool left a lasting impression on the central defender: „He impressed us a lot, and not just in training. He is an incredibly humble and kind guy who has settled in very well within a few days.”

Despite the departure of Robert Lewandowski, Hernandez is firmly convinced that Bayern can play for all domestic and international titles and there should be no need for excuses if something doesn’t go right: „In my opinion, we have top players in all positions, defensively and offensively. Now it’s up to us to make something of it. There are no excuses, we want all the titles!”

According to Hernandez, Bayern should aim for maximum success and the club should not only be satisfied with domestic success: „The elimination in the quarter-finals of the Champions League against Villarreal hurt us a lot last season. It’s not enough for us to be successful in the Bundesliga. We all think so, including the coach.”