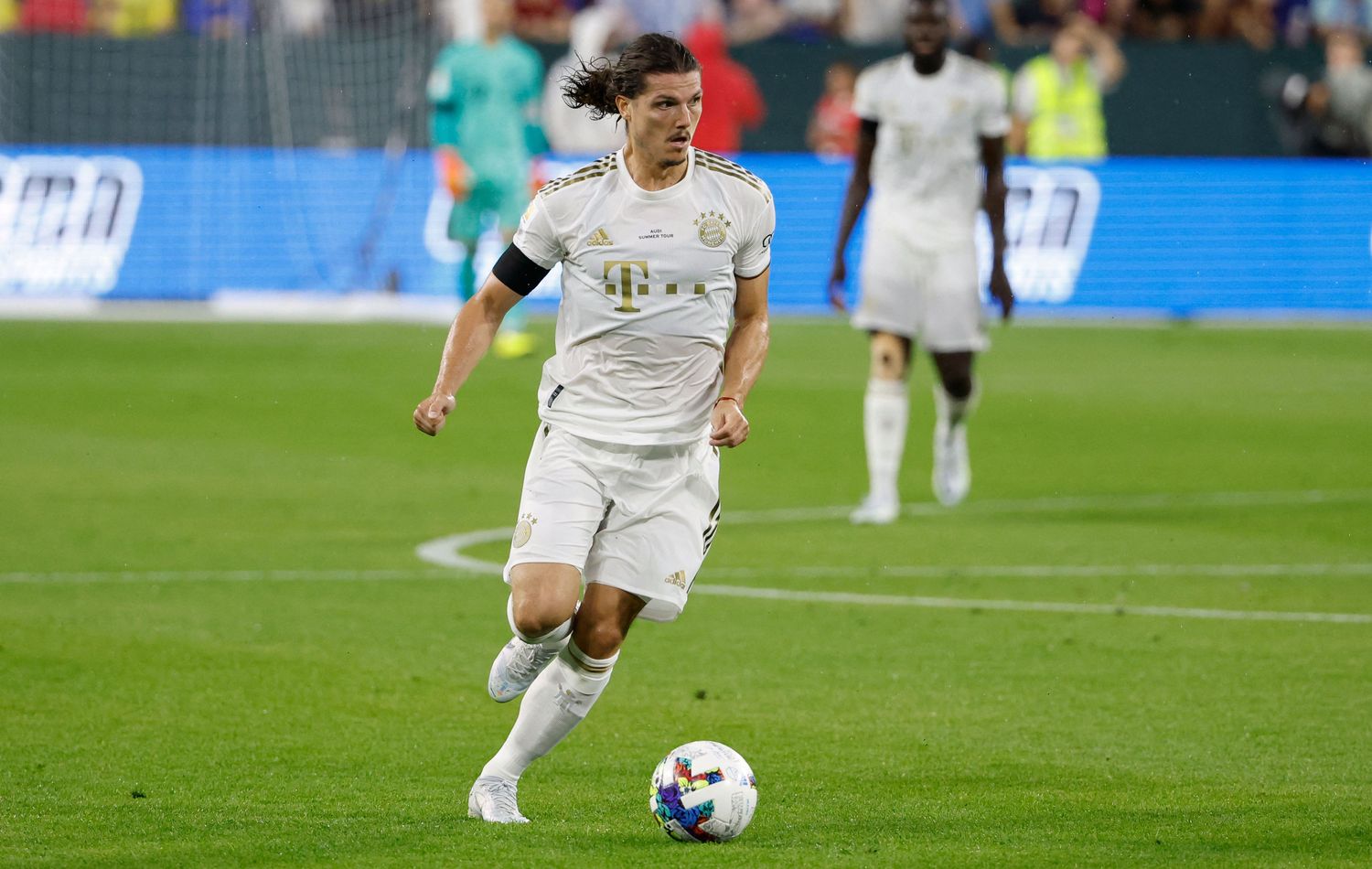 Marcel Sabitzer did not have an easy debut season at Bayern Munich. The 28-year-old couldn’t really live up to the high expectations and was dissatisfied with his performance himself. However, the Austrian seems highly motivated to show his true colors in the new season. In the pre-season preparations, the midfielder really worked hard. Julian Nagelsmann also noticed this development positively.

Bayern Munich ended their US tour with a 1-0 defeat against Manchester City and are on their way back to Munich on Sunday. Although it ended in a defeat, Julian Nagelsmann gained important insights, especially with regard to Marcel Sabitzer.

The 28-year-old Austrian made a strong impression on Julian Nagelsmann. The midfielder was not only one of the best Bayern players in training, but also in the two friendlies against DC United and Man City. Nagelsmann is satisfied with Sabitzer’s development: You can call him one of the winners of the pre-season if you want,„ said Nagelsmann at the press conference after the game against City.

While Sabitzer was last seen as a candidate for sale at FC Bayern, it looks like signs look positive for the Austrian following Goretzka’s injury. It seems Sabitzer will get another chance in Munich. Due to the absence of regular player Goretzka, the Austrian will certainly get more minutes than originally planned at the start of the season. It will be exciting to see if he can build on his strong performances from the pre-season.