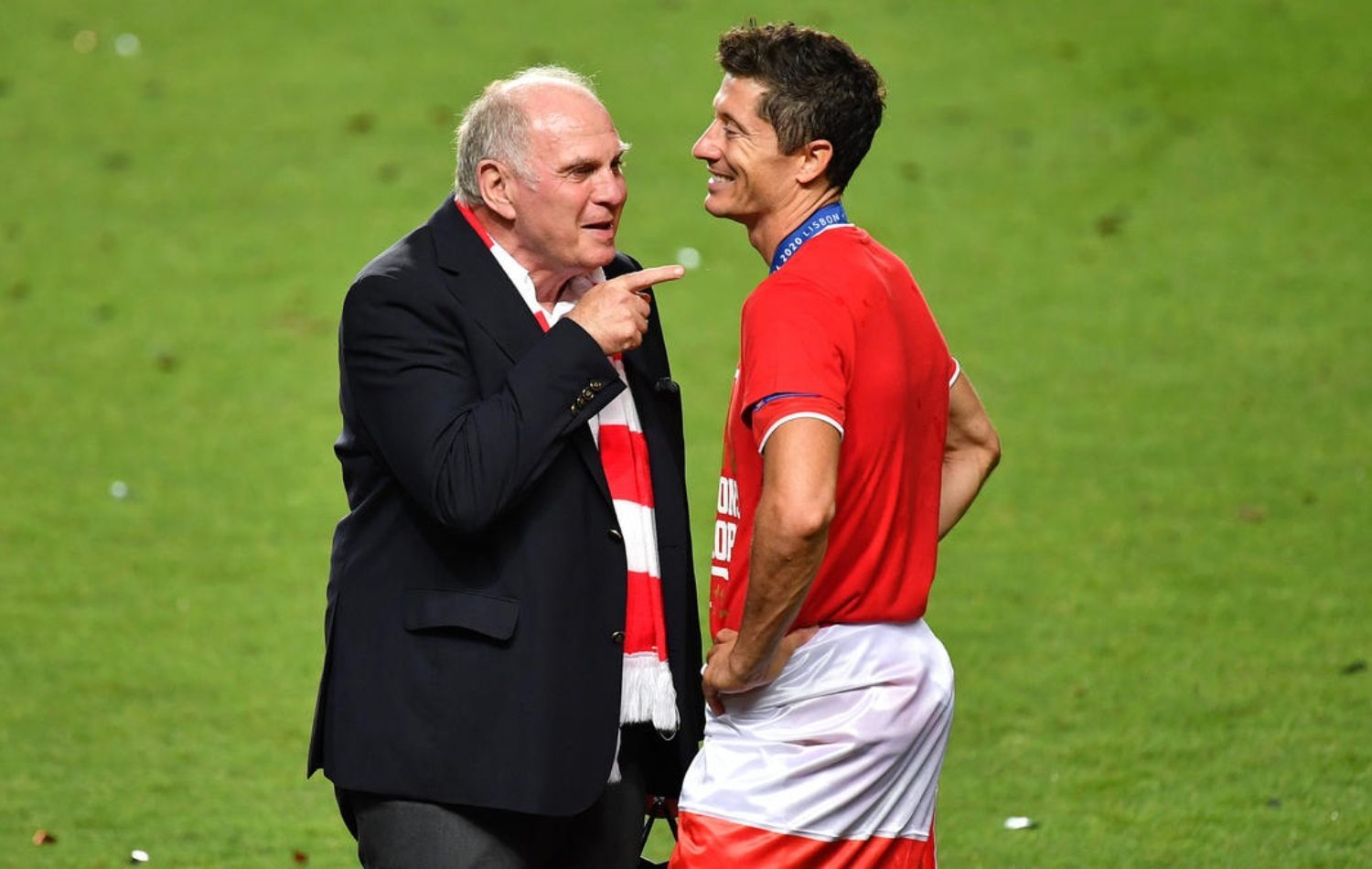 Robert Lewandowski’s future has been the topic of the year so far and has caused quite a stir within the club. The board members are not satisfied with Lewandowski’s behavior.

Honorary President and Bayern Munich legend Uli Hoeness has commented on Lewandowski’s behavior over the past couple of weeks. According to Hoeness, this behavior doesn’t surprise him. Speaking to Sport1 microphone, Hoeness says: „Nothing happened. He’s the way he’s always been and makes sure he gets his interests met.“

Lewandowski’s agent Pini Zahavi is seen with a ‚bad eye‘ not only by Bayern fans but also the Bayern board. He caused quite the trouble with David Alaba’s contract, then with Kingsley Coman. History is repeating itself also with Lewandowski, as Zahavi is looking to bring Lewandowski to Barcelona. According to Hoeness, Lewandowski’s and Zahavi’s behavior is like the fox with the sour grapes fairytale: „At the moment it didn’t go quite the way he and his special agent in particular wanted, and then they get angry.

Nevertheless, Hoeness calls for all parties to remain professional and seek a solution without making too much noise: „I would recommend everyone involved to remain objective, not to let things escalate.“

The club is already working to find Lewandowski’s replacement in the meantime. Lewandowski has shown his displeasure towards the board as they are hesitant to let him go without finding a replacement. The club has not responded yet to Barcelona’s initial offer and there has been no talk of advanced negotiations with VfB Stuttgart regarding Sasa Kalajdzic.

Hoeness can imagine the scenario of Lewandowski staying for one year more if there is no replacement found: „I have always said that if we don’t find a replacement that we think can replace Lewandowski to some extent, which seems difficult at the moment, then I would certainly advocate, like everyone else in the club, for him to stay for another year“