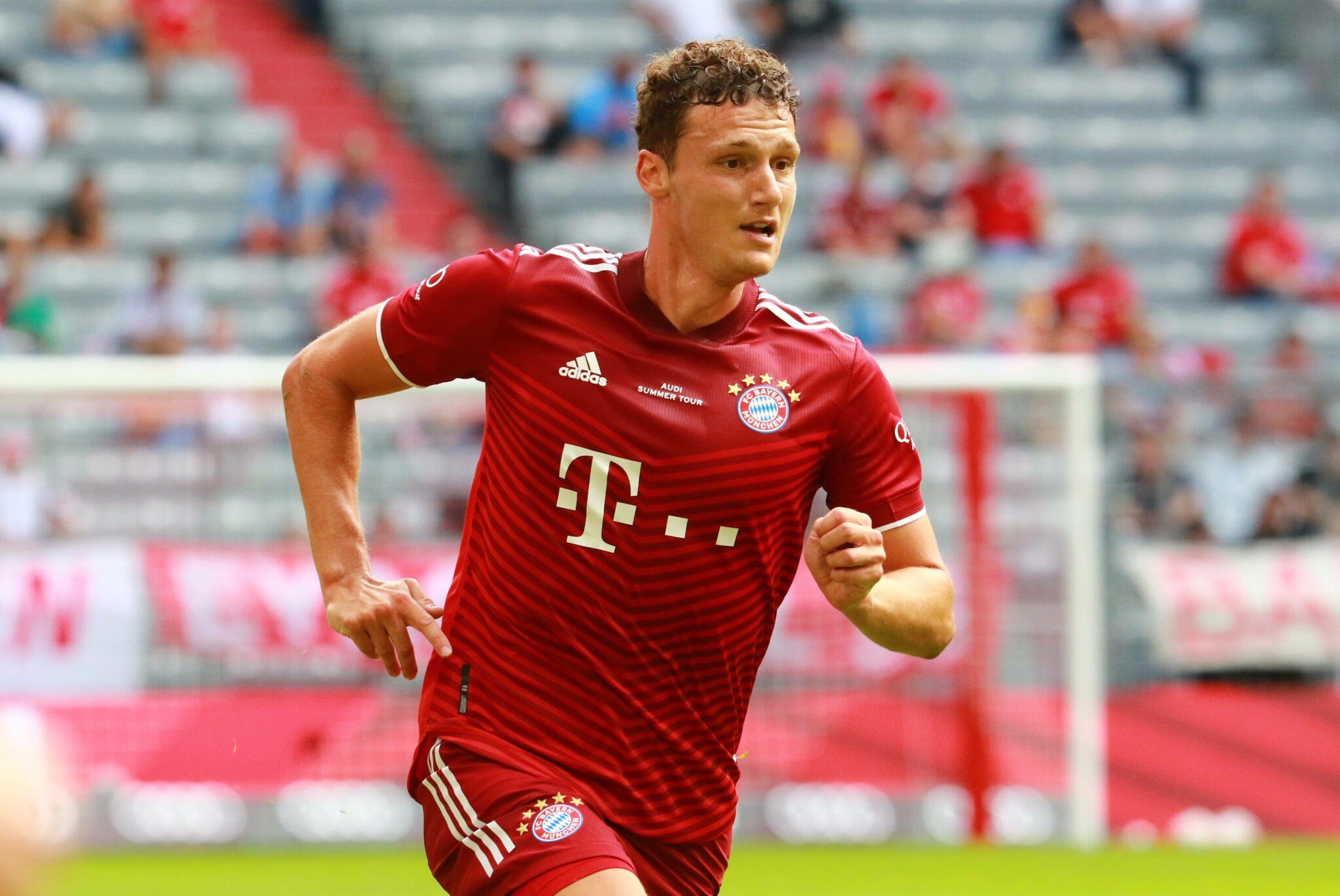 Another interview coming up on the site ready to be covered. The next one is Benjamin Pavard! The Frenchman also had an interview for RMC Sport while on international duty with France!

… on the elimination against Villareal: „We have to move on. Even now I am very disappointed with this elimination, for me, we had to qualify. For my part, I didn’t underestimate them, maybe some players did with statements. For me it was a mistake not to pass, we had to be in the semi-finals. It’s football, we have to move on. We know the requirements that there are at the top level. At Bayern, you have to win the league at least. It’s been a decent season but I hope the next one will be better.“

… on Nagelsmann: „He’s a tactician, I think he’s a very good coach. In addition, he’s young but fits absolutely very well with Bayern Munich’s philosophy. We play ultra attacking, there are almost three of us to defend every game. That’s what I like and that’s why I’m at Bayern Munich. […] I continue to evolve with him. He is a great coach who gives confidence to all the players. As long as I am on the field it’s OK for me.“

… on a possible transfer to PSG: „I‘m very happy at Bayern Munich, it’s one of the best clubs in the world. It’s true that Paris is a very good club with a very good project. But I don’t ask myself the question.“

… on the best coach he’s ever had: „They all gave me something. I can’t thank René Girard enough. He started me when I was 18. Otherwise, I’ll say [Hansi] Flick and coach [Didier] Deschamps, because he took me on when no one knew me. He gave me his trust directly. As for Nagelsmann, I’m still getting to know him.“

… on his favorite position: „I want to play central defender because that’s my position since the U19s. That’s where I feel most fulfilled. But I learned a lot playing right-back. As long as I play in the middle, that’s what I like to do, I really enjoy playing with the ball. At Bayern, we play with a three-man defense. I feel really good and fulfilled in this position. I spoke about it with Nagelsmann, I can help on the right but my position is the central defense.“

… on COVID19 period: „It was very complicated for me as for many people. I missed my family and my friends, I wasn’t in my own country, I took me a while to get back to my level. There was a big controversy with Kimmich regarding the vaccination. For me there wasn’t any doubt, to play you had to be vaccinated. […] I was all alone. I often had my friends on the phone and my family who cheered me up. It’s past me, I’m much better. It’s not easy to play in stadiums empty, it feels good to have the stadiums full again.“

… on the rest of his career: „I have two years left in my contract. I feel good. I don’t ask where I’m going to end my career, I hope it will be in a long time. The Bundesliga, I like it. I had a taste of it, I don’t know what the future holds for me. I haven’t won in France, I have to win in France. If the opportunity arises, why not, I’m open to anything. I have a two-year contract, I still hope to win titles.“

… on whether playing for Dortmund is an option: „I am very happy at Bayern. If one day I had to leave, it would not be for Dortmund, despite all the respect I have for the club and its supporters. I know Germany, I played with Stuttgart which is a big family. I was a child and I became a man. I played for the best club in Germany and one of the best in the world“.