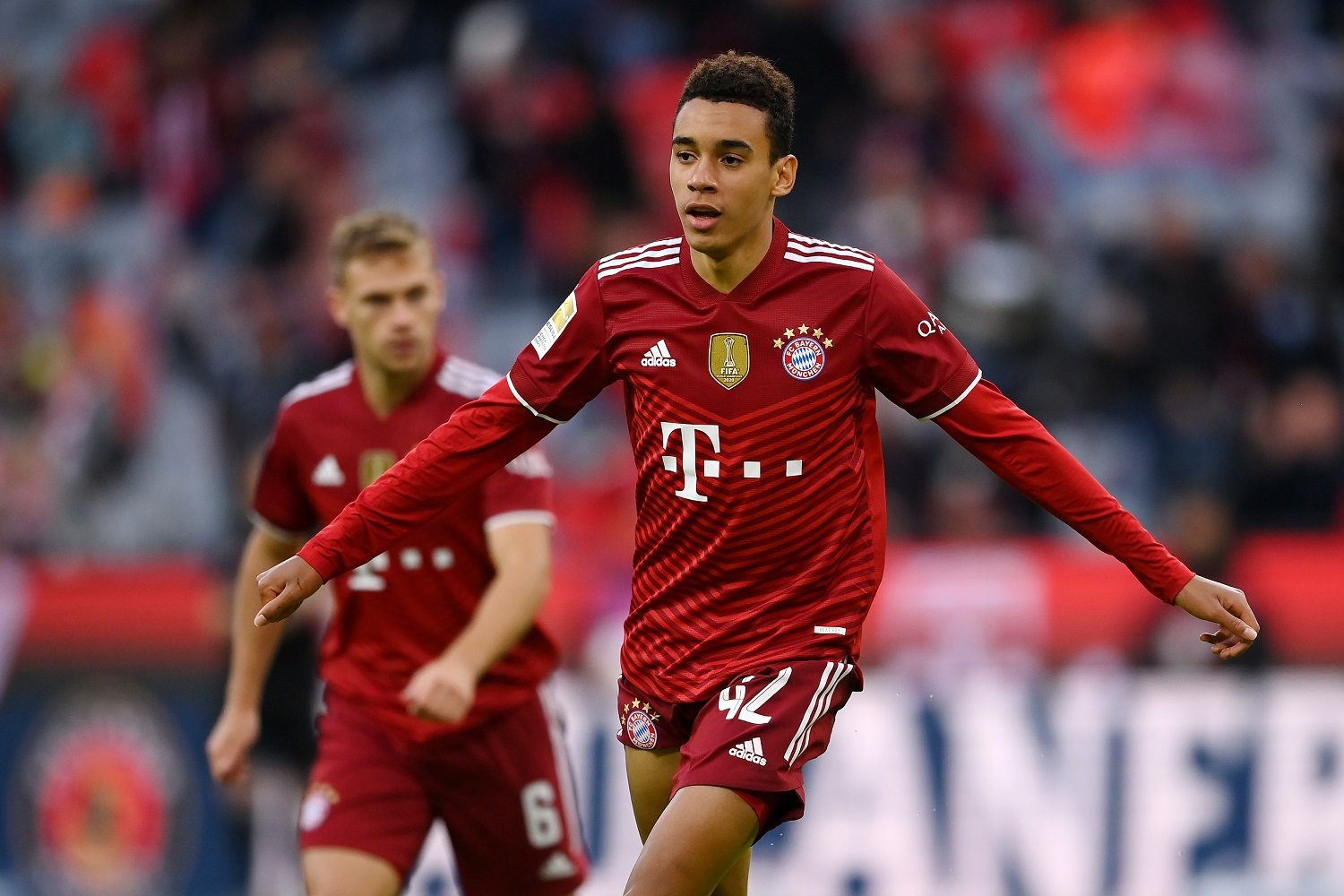 Jamal Musiala joined Bayern Munich in 2019 as a Chelsea youngster and has now been established as one of the best players of the club, despite not being a regular starter.

The versatile attacker can play almost every position behind the striker, and most recently, Hansi Flick and Julian Nagelsmann have now tried him in the defensive midfield. In an interview with SPORT1, Musiala talks about Julian Nagelsmann, the match against the Netherlands, Memphis Depay, and more.

… on the current season: „The season was good for me personally. But it could have been even more successful. It was important to get a lot of playing time and gain more experience in different positions and also in important games like against Villarreal. I’ve learned a lot. The recognition of the fans means a lot to me. The fact that they call my name when I step onto the pitch is something special to me. I dreamed of this as a child. So I’m very grateful for how the last two years have gone for me, everything happened so quickly. But of course, my goal is to get even more playing time next season and to continue working towards a regular starting position. I want to stay fit and take my game to the next level“

… on the differences between Julian Nagelsmann and Hansi Flick: „I think his philosophy will stand out even more next season. From 0 to 100 in one year it’s difficult. There are similarities in gameplay. We also pressed high under Hansi to win the ball quickly. It’s not much different with Nagelsmann, it’s just that sometimes we play with more players upfront. The next season is about playing attractive football, creating a lot of chances. We have to make sure that we don’t lose the ball as often when we’re upfront with so many players – and we’re well secured so we don’t run into counterattacks like a few times this season“

… on his favorite position: „Julian always gives us video analysis to take them at home. I also did a few video sessions with him and talked things through. In the beginning, there were a few tactical changes that I had to get used to. I’m a player who always wants to attack, and of course, that’s not possible as number 6 or 8. But I trained a lot in this position and improved step by step. If the coach put me as a striker, it would be fun because I would have even better chances of scoring goals. But I prefer to play on the 10 or the wings. A goal or an assist always helps! (laughs) But I’m very self-critical. If I make a mistake or miss a goalscoring chance, sometimes I still think about it days later.“

… on his personal best match of the season: „In the international match against the Netherlands with the DFB. I showed one of my best performances there. That felt great and was really fun. I swapped jerseys with Memphis Depay shortly after the game. He complimented me and said he liked my style of play. That was a nice feeling. For me, Memphis is a great player that I used to watch a lot. I like his skills and the way he scores goals. That’s why I wanted his shirt too. Kimmich, who wasn’t at the game, also wrote me a nice message afterwards.“

… on whether Kimmich deserves to be future captain: „Why not? Joshua is already one of the leaders on the team and talks a lot to his fellow players. He addresses what he likes and what he doesn’t like. You always get good feedback from him.“

… on Müller: Thomas always wants to win everything, he is a great role model from whom you can learn a lot. Just how long he has been playing consistently at this level… That’s my goal too. I want to be just as consistent as a player and always do my best.“

… on players, he currently gets inspiration from: „There are a few, but I want to develop my own style. You can always learn little things. I used to watch [Leo] Messi when I was a kid. Almost every game he played I said “Wow” at least once, he did so many special things. I then also decided that I would like to inspire people with my game at some point. He’s a sensational player. […] Cristiano [Ronaldo] was and still is an absolute role model for me as well. How hard he’s still working at 37, taking care of his body, and delivering at this level – it’s just fantastic.“