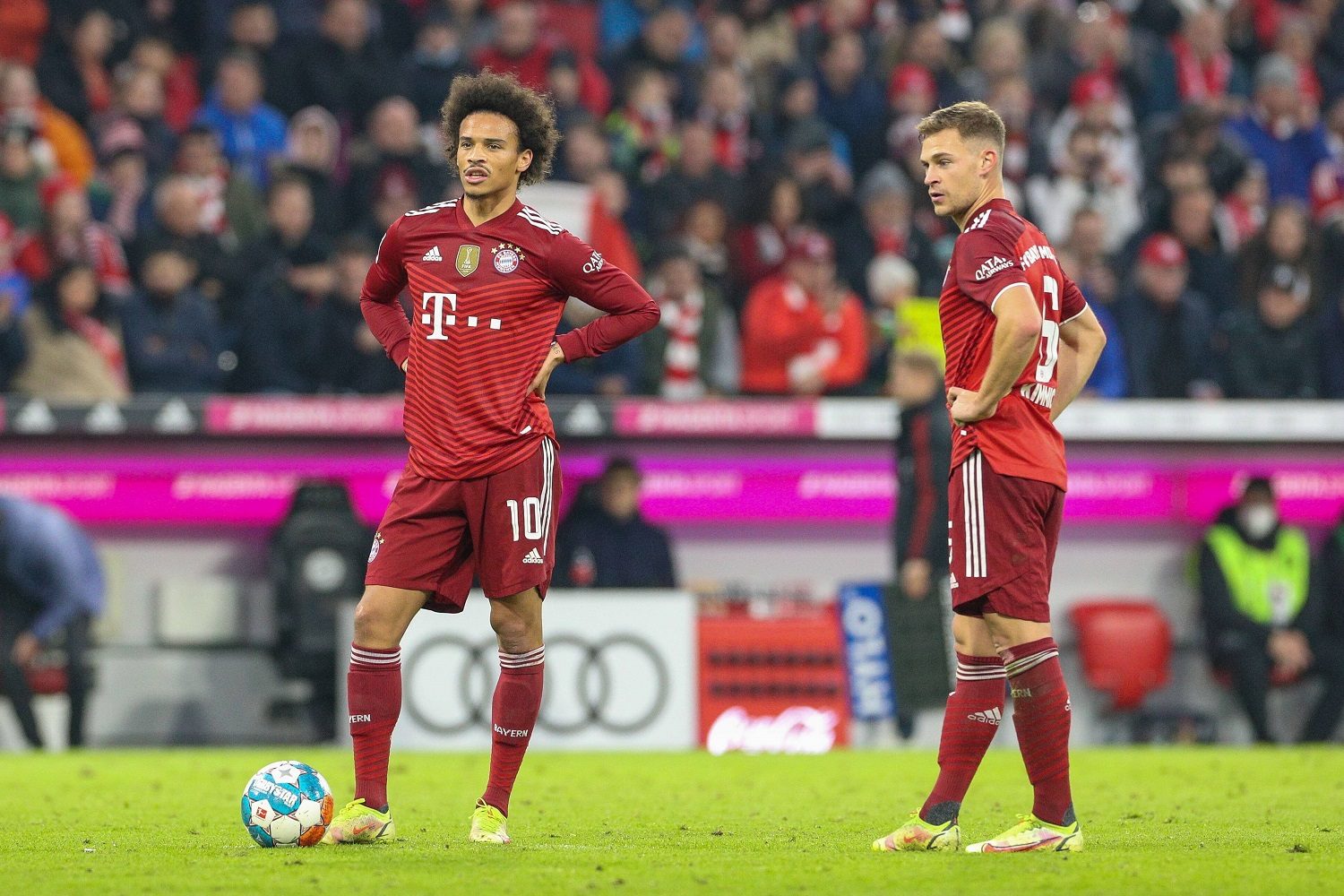 Bayern Munich celebrated a quite great first half of the season in exception of the 5-0 humiliation against Borussia Mönchengladbach in the DFB Pokal. After the winter break, things started to change

„I could name five players who haven’t played well since Christmas and that’s the reason,“ said former president Uli Hoeness, commenting on Bayern’s drop in performances in 2022.

The 70-year-old did not want to name any specific names. „BILD“ has now revealed the names that the board are looking quite critically at.

According to the newspaper, three German internationals, Joshua Kimmich, Leroy Sane and Serge Gnabry, are under criticism at the record champions. Their drop in performances has been noted internally.

On one hand, Kimmich made headlines off the field for a long time due to the corona and vaccination debate, on the other hand, Sané was already under public criticism at the beginning of the season. The winger often seemed lethargic and too sluggish.

Sports director Hasan Salihamidzic has recently made the 26-year-old responsible and hinted that the club expects an explosive third season for the winger.

The uncertain future and the ongoing contract debate seems to have left their mark on Gnabry. The winger was involved in 18 goals in the first half of the season. In the second half of the season, he was included in 9.

Hernandez and Upamecano need to reach their full potential

In addition to the German trio, the French duo Dayot Upamecano and Lucas Hernandez also have to step up their game in the new season.

Hernandez is trusted in Munich to play the role of defensive boss, but he has to be much more communicative on the pitch.

Upamecano, on the other hand, has had a debut season with many ups and downs. The 23-year-old has often shown his potential, but the players always allows himself too many blunders, which have regularly led to goals being conceded.