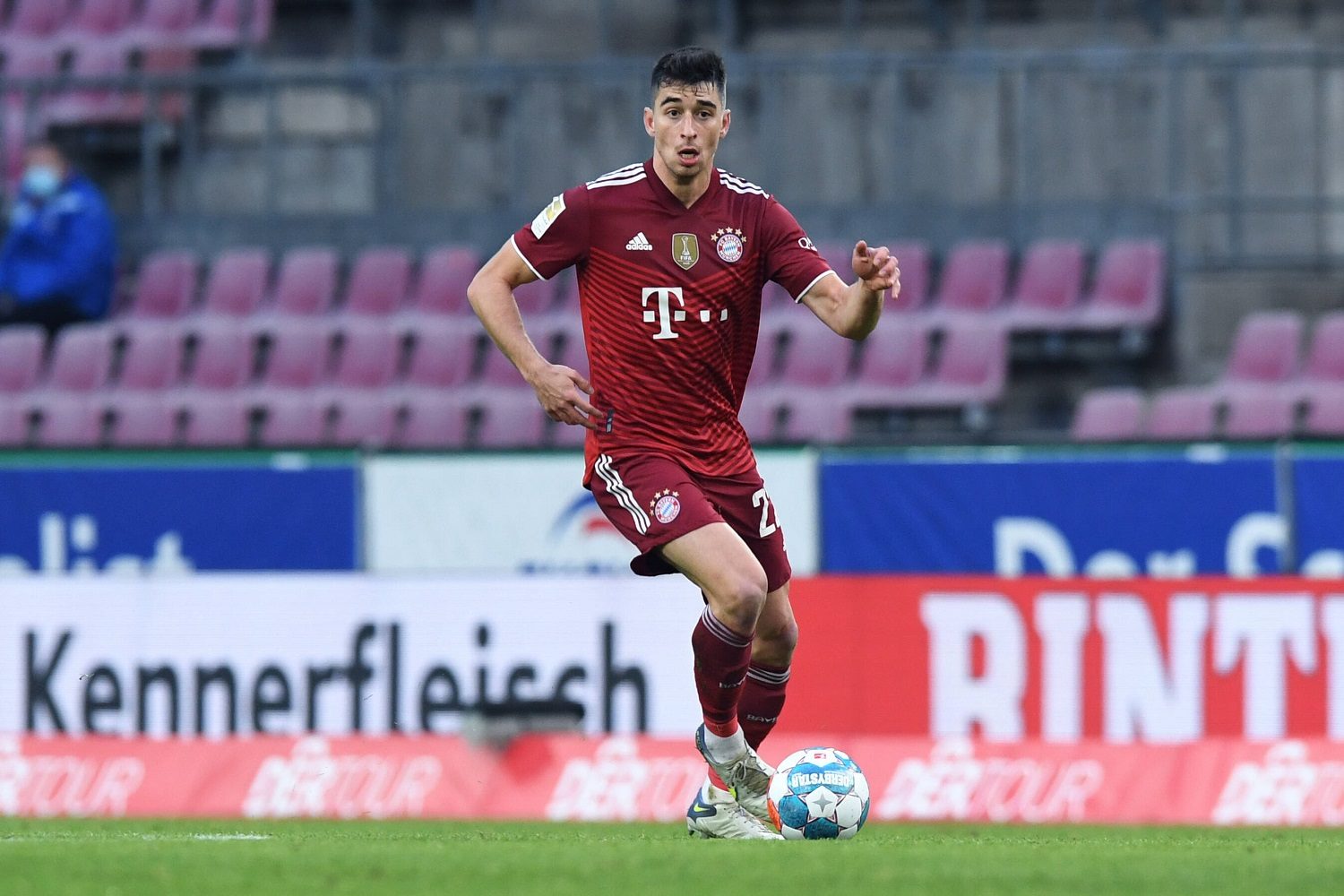 It can be assumed that in addition to Niklas Süle and Corentin Tolisso, two or three other players will leave Bayern Munich during the summer transfer window. A farewell candidate is definitely Marc Roca. The Spanish midfielder has hardly got any playing time and no longer plays a real role in the bosses‘ plans.

For a short time, it looked as if Marc Roca could play a slightly bigger role in Munich. The 25-year-old Spaniard was allowed to complete more than 300 Bundesliga minutes between Matchday 15 and 19. Although this was due to the extremely tense injury situation in midfield, Roca convinced for a short time and consequently received praise from Julian Nagelsmann. It is all the more surprising that the player has only been able to only play 27 minutes since then.

Two years after arriving at FC Bayern, Marc Roca is now at a crossroads. Kimmich, Goretzka, Musiala, and Sabitzer are in front of him and with Ryan Gravenberch most likely joining, the competition in midfield can become even fiercer.

According to „Sport1“, Bayern have notified Roca that they are no longer planning with him, although they haven’t told him yet to look for a new club. Head coach Julian Nagelsmann is said to have recently had a conversation with the Spaniard and praised him for his commitment to training. The coach would have no problem keeping the midfielder, but would not put any obstacles in the way of him either.

Roca would like to play internationally, but there have been no concrete offers so far. Real Betis were said to be interested in the midfielder, but nothing serious was made out of it.