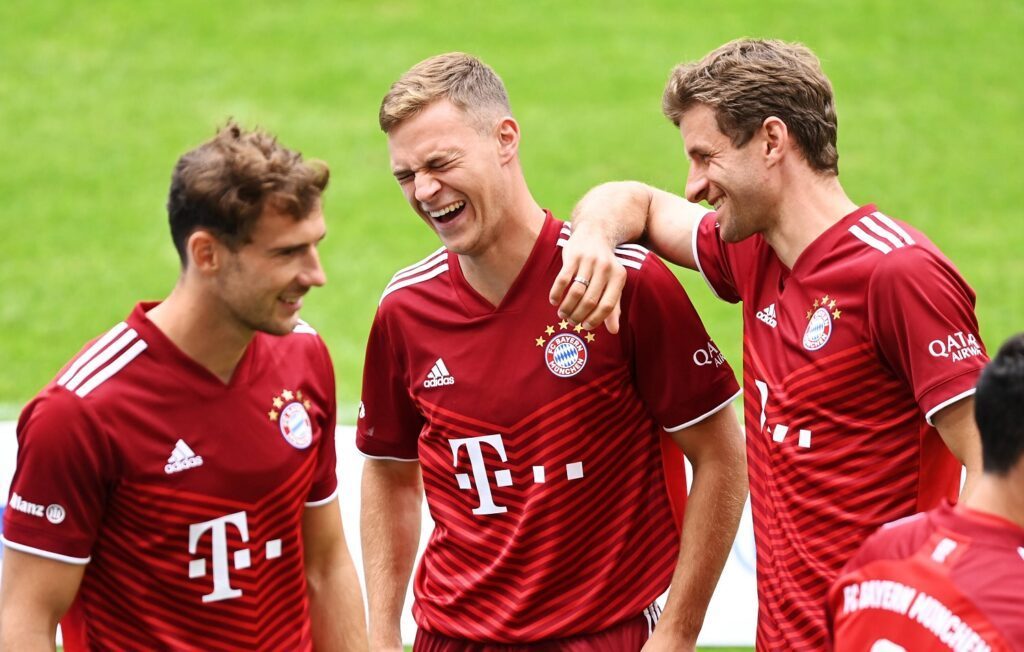 The Champions League elimination against Villareal is still causing internal unrest and there are several players who have been placed in front of criticism.

There has been a lot of discussion in recent weeks about the quality of the current Bayern squad and how this can be improved with newcomers in the summer.

But the recent performances of the big stars in Munich are also being seen critically. Leroy Sane in particular was recently criticized. The 26-year-old winger’s shape has fallen after a strong first half of the season. The specific reasons for this are not known. Salihamidzic last criticized Sane publicly on „Sky90“ and hinted that the German international „must explode“ in the new season.

According to „SPORT1“ information, other stars are also viewed critically within the board. The likes of Serge Gnabry, Joshua Kimmich and Thomas Müller have also been criticized internally. The Bayern bosses expect such players to deliver in the crucial games and not ‚hide‘.

The club expects the team to show different performances next season. The humiliating losses against Mönchengladbach in the DFB Pokal, and the Champions League elimination against Villareal, were noted with horror by the board.

According to Sport1, head coach Julian Nagelsmann believes that the club needs more action when it comes to transfers and enjoys the support of the board, as well as Hasan Salihamidzic who is working to fulfill his wishes.