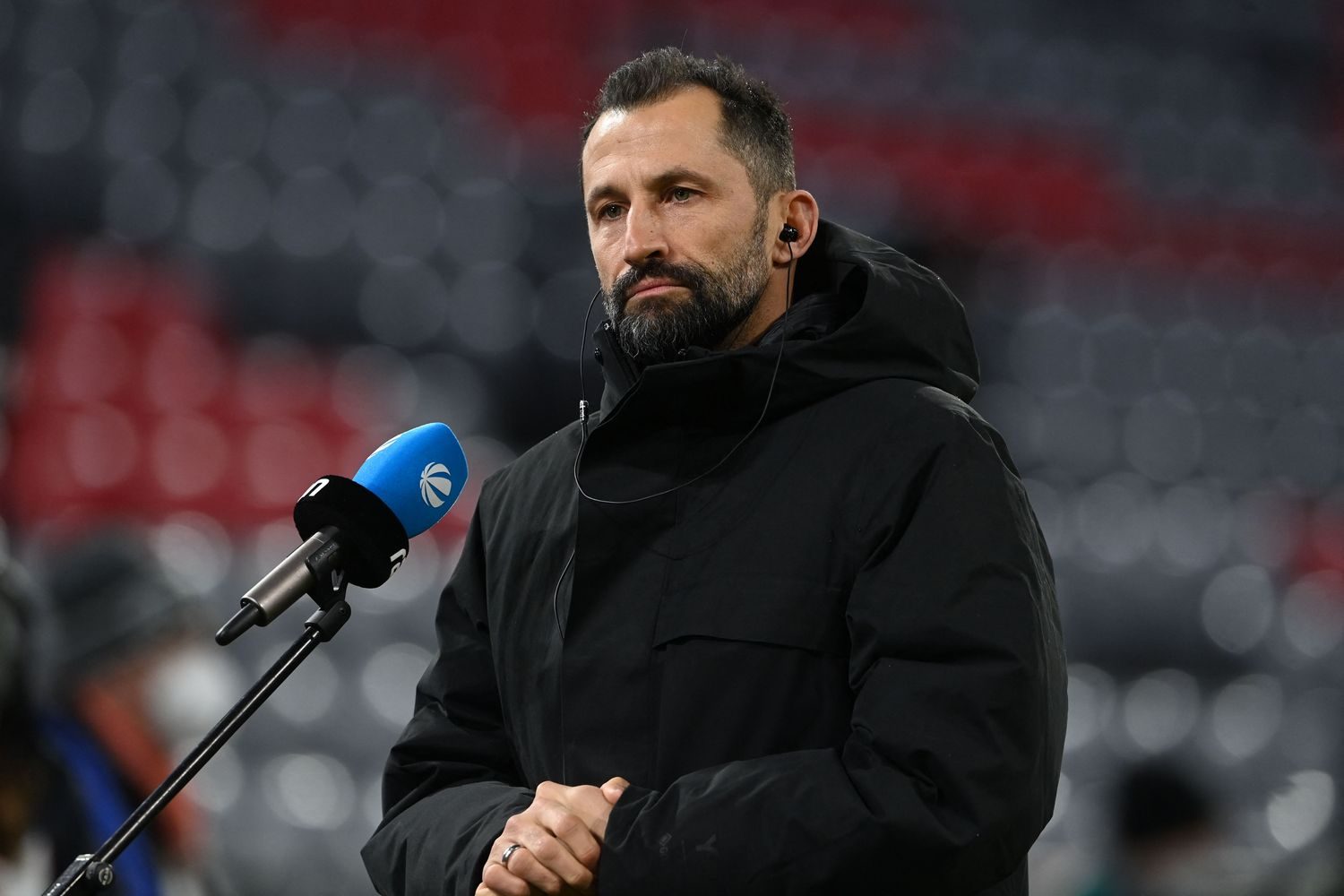 Following the historical Bundesliga title win for the 10th consecutive time against Borussia Dortmund, sport director Hasan Salihamidzic was invited by the German TV broadcaster ‚Sky‘ as a guest.

Salihamidzic had a quite decent public appearance on Sunday for Sky where he was asked about the future of Robert Lewandowski, Leroy Sane, the squad, Ryan Gravenberch, and many more. We have compiled the full statements from Brazzo’s today’s appearance.

Salihamidzic speaks firstly about the shocking Champions League elimination against Villareal: „Like everyone else, it really annoys me, of course. Without disrespect to anyone, we had a great chance. I thought we had a really big chance. We just didn’t perform well in Spain. It hurts me, you can’t lose that. It’s going to take long until we get over it. We have to get back to business as usual, but it’s still haunting us.“

… on Nagelsmann: „We chose Julian because we want to start a new era with this coach. Our work is just extremely good. We talk a lot, we try to analyze every day. He’s very communicative and very open. That makes it easy to work with him and this coaching team. We know that he has a lot of know-how skills. He lives football, everyone can see that.“

… on Leroy Sane: „He’s an incredibly talented young man who has everything. He’s super quick, he’s got dribbling, and mental strength. But now he has to show them. It’s good to see Sane having body language, but if he doesn’t have that, then I just don’t like it. I don’t want that as a player or manager. We always talk about the potential, and I want to see that on the pitch. If I tell him once, twice or thrice, I can just pat him on the back, but if it happens more then it gets serious. We all expect him to perform, not just the board but also the coach and the squad. We want him to explode and we want that back.“

… on Lewandowski’s future: „We obviously want to keep him. Lewy enjoys the greatest appreciation that one can have. He returns the favor with performances. We want to see how far we can achieve our goals. You have to allow FC Bayern to see how how far are we going, how much money do we have…. We talked from time to time about everything, above all, you of course have to speak with the agent first about the contract. That’s what we’ll do. We have all the time in the world. We have the best striker in the world and there we’re proud of it. […] He has a contract until 2023. We’ll have talks now and see how they develop. Then we’ll see what happens after that.“

… on Gravenberch’s transfer: „He’s a good player. We’re in talks, I can say that much. With a transfer like this, a lot has to go right. Tendency? I can’t say. It is difficult, all transfers are difficult.“

… on the transfer window next season: „We can’t have 20 top players. Nevertheless, our goal is the top 4 in Europe. That’s always FC Bayern’s claim that we say we want to win the Champions League. But we can’t get the club get into trouble. But we will turn everything around next season. With this coach and the guys who experienced that against Villarreal. It won’t happen to them anymore that we get eliminated from the quarter-finals with 1% less attitude than what we showed against Dortmund.“

… on Süle: „Niklas is a great guy. What is the worst thing for a club? When a player of that age makes a free transfer. It also has to be said that we didn’t have the funds to please him. We’ve already tried to keep Niklas. We also know how important he is in the dressing room. It makes me sad that Niklas is leaving. But we have to look ahead. […] We spoke often, including with the management. The playing time Julian has given him this year has been the greatest appreciation for a player for me. We couldn’t make it in the negotiations.“

… on free transfers: „Players leaving for free is not just Bayern’s problem. Even [Kylian] Mbappé will be a free agent. Players, agents, and clubs need to find solutions, otherwise, football will be broken. Free transfers make us clubs weaker and weaker. After the pandemic, it became fashionable“