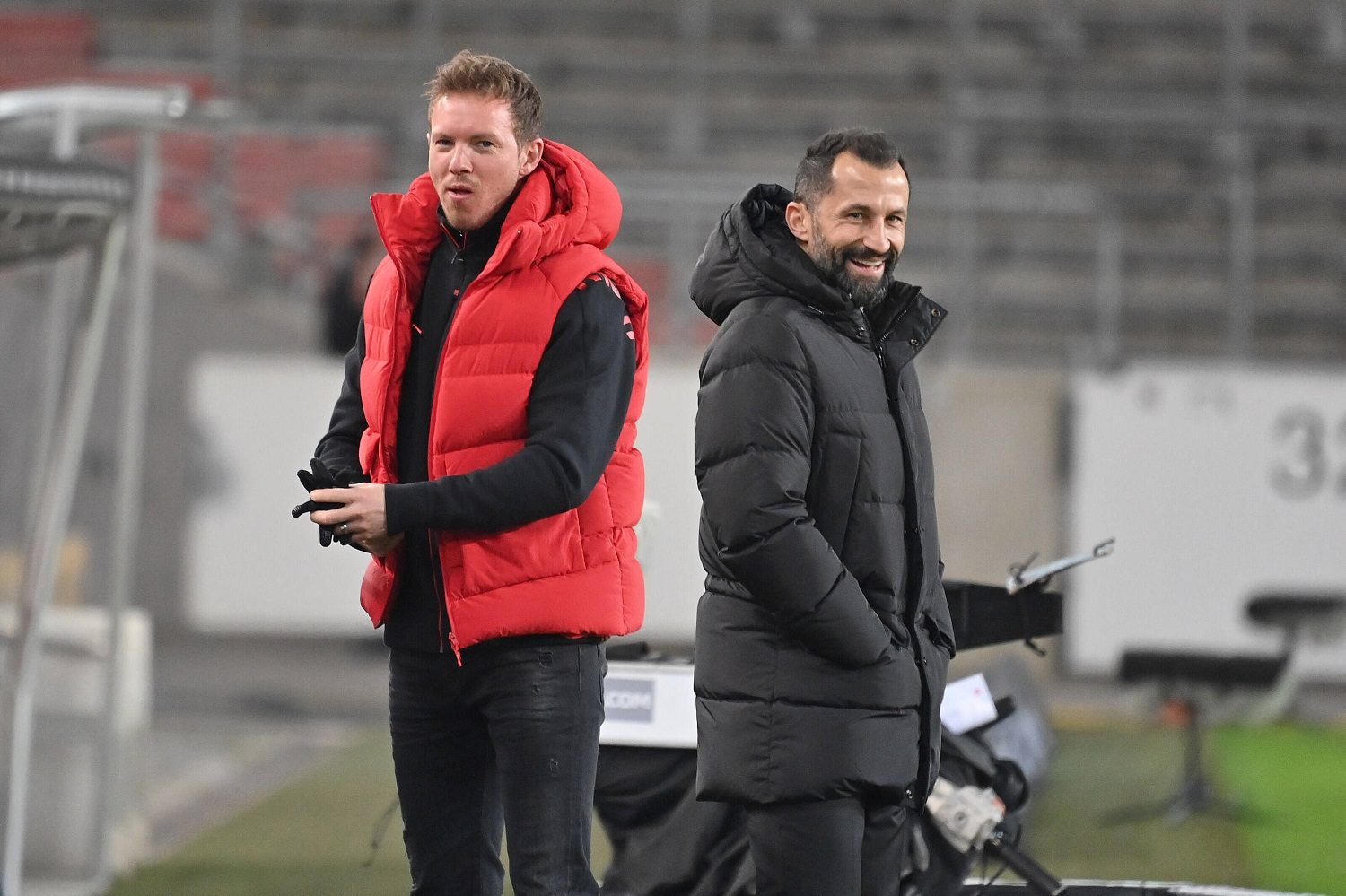 Busy summer ahead? 2019 reloaded? After the Champions League elimination against Villareal, another upheaval is apparently prepared this summer with lots of newcomers and departures.

What followed after were intensive work in the transfer market. In 2017, Bayern bought Corentin Tolisso, loaned James Rodriguez, bought Serge Gnabry who was loaned later, and Kingsley Coman who was bought permanently from Juventus. In 2019, Bayern bought Lucas Hernandez, and Benjamin Pavard, and loaned Ivan Perisic and Philippe Coutinho.

This year could also be the case, maybe the early elimination does have a ‚positive‘ outcome and put Bayern under pressure.

Although the club did not like Hansi Flick’s public transfer demands which resulted in a fall-out with sporting director Hasan Salihamidzic, they seem to be in agreement with Julian Nagelsmann that the squad needs reinforcements. The Bosnian himself is also aware that the club needs to increase the squad quality.

According to SportBild, the young coach wants reinforcements in not two, not three, but FOUR positions. It might be exaggerated but understandable at the same time. Considering that the quality of the squad, as well as the quantity, shall be decreased more in summer, good replacements that help immediately are desperately needed.

The coach, as per SportBild, although has not been as expressive in public as Flick, has hinted many times that the club needs new players for the big trophies, and has already notified the club of his demands

– Right-back: A position that Bayern have failed to strengthen since Philipp Lahm’s departure. Joshua Kimmich and Benjamin Pavard had short periods in that position but were later planned on their respective natural positions, midfield and central defense. Pavard himself finds the central-defense a more comfortable position than the right-back. It is no surprise that he has played extremely well as a right centerback in the back three formation. On the other hand, Noussair Mazraoui is told to be a done deal, while Josip Stanisic is not yet a real alternative.

– Central-defense: Although Pavard is planned as Bayern’s new centerback, the coach is still desperate for a new defensive leader. Niklas Süle will not only be leaving for Borussia Dortmund in the summer on a free, but will also decrease the defensive depth. He was not the type of a leader in defense, but the defense, in general, is desperate for a new defensive leader. The current centerbacks do not offer that quality and, the search for a new central defender has been so far unsuccessful.

– Central-midfield: With Corentin Tolisso and possibly Marc Roca leaving in the summer, the midfield depth is also decreased. Marcel Sabitzer, who joined the club last summer from RB Leipzig, is now put for sale. The club is not satisfied with his performances this season and according to SportBild, they’ve already put an asking price for the Austrian: 15 million euro. For the same amount, they bought him last summer.

The club has so far failed to replace Thiago Alcantara, whose absence has been more obvious than anything. Ryan Gravenberch is rumored to join Bayern in the summer, but with possibly 2 to 3 departures in the summer, the depth in midfield is incredibly decreased and Gravenberch alone won’t be enough. Leon Goretzka is deemed injury prone, while Joshua Kimmich is basically the only midfielder you’d constantly rely on every game. Konrad Laimer from RB Leipzig has apparently become an option. Nagelsmann wants a midfielder who is strong in duels and who can control the game.

– Attacker: With Robert Lewandowski possibly leaving, Nagelsmann wants an attacking player who would put pressure on the existing personnel and Choupo Moting. Though, in spite of Lewandowski’s future, the club still needs a backup striker. On the other hand, Serge Gnabry is also rumored to be leaving in the summer which opens door for Bayern to find his replacement with the money generated from his sale.