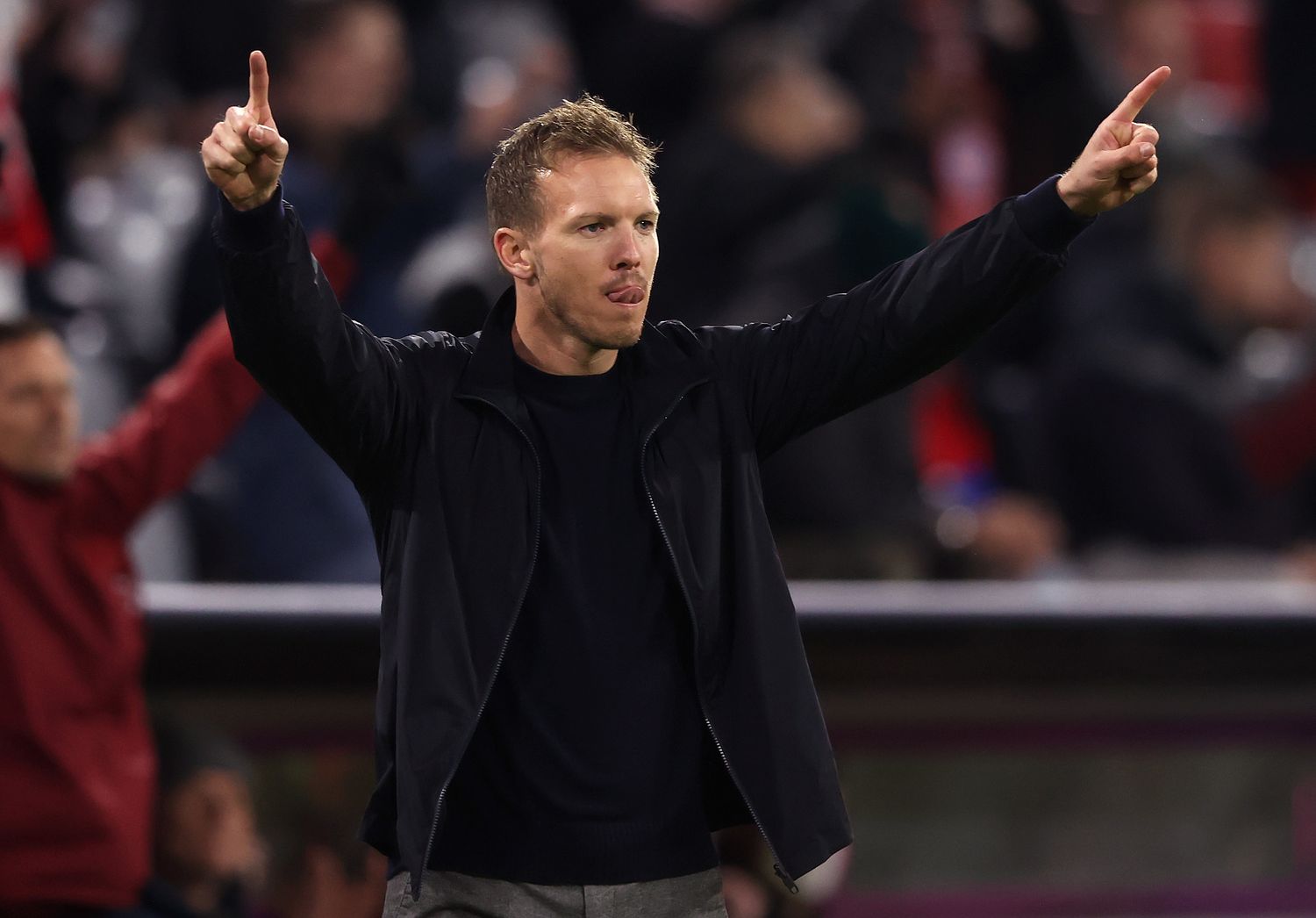 Bayern Munich are looking to secure the tenth Bundesliga title in a row this weekend against arch rivals Borussia Dortmund.

The club has the perfect chance to do so on Saturday and want to write history. If Bayern secure the league title on Saturday, they will go down in history as the only team to have won the league title for 10 consecutive times in Europe’s top 5 leagues.

Here are the most important statements from Julian Nagelsmann press conference:

… on title celebrations: „If we win, I’m open to anything. Beer treatment is said to be good for the hair. It’s tradition and traditions should be cultivated.“

… on Süle: „He’s been absent a lot lately. If he’s fit, he’s a candidate for the starting XI. I haven’t decided who will start yet. He’s in good spirits again, has trained well. It’s a special game for him. He will continue to give everything for his current club. He also wants to prove it to his new club.“

… on Bundesliga title: „The league might be a bit less important than the Champions League title. Still, it’s the most honest title when you’ve been the most consistent team over 34 games. I look forward to it. The massive euphoria will only come when we have won. The atmosphere is currently a bit gloomy. The first league title is very important. If I didn’t win them, I wouldn’t be a coach here anymore. I look forward to holding the trophy in my hands for the first time. It will be remembered very positively. Nevertheless, the last two or three weeks have clouded me.”

… on squad updates: „Leon has recovered from his cold. He trained well today and he should be back to 100% on Saturday. Kingsley [Coman] is having ankle pain. He’s being treated, so we’ll have to see how the joint reacts by tomorrow. Of course I would like to have him with us, but we have to see. Coco [Tolisso] is out, Bouna [Sarr is also out. Omar Richards had a cold and will be out for tomorrow.“

… on Sané: „You just have to ask him yourself. It’s easier than having to talk about the players always. I can’t say why he doesn’t always reach his performance limit. I’ve had a lot of talks and tried a lot“

… on transfers: „You need top players. As a sports director, there is a certain conflict of interest between finance, the company and maximum success. I have faith in Brazzo, Marco [Neppe] and Oli Kahn that we will be having a top team in August. In the end, it’s not me who decides that.“

… on team-speeches: „We’ve been discussing a lot in the last few weeks, a little too much for my taste. Talking is important, but action is more impotant. We delivered consistently enough to become champions again. Along the way, you’ll have moments when you can’t quite be happy. When the players aren’t happy anymore, you have to ask yourself whether it’s still the right job.“

… on changes next season: „I will not completely change my style, otherwise I would no longer be me. But I once said that if I have to pretend, I won’t do it anymore. You won’t see another Julian Nagelsmann next season. There will certainly be one or another game where there is a back three and then a back four. But if we win, nobody will care about the chain“