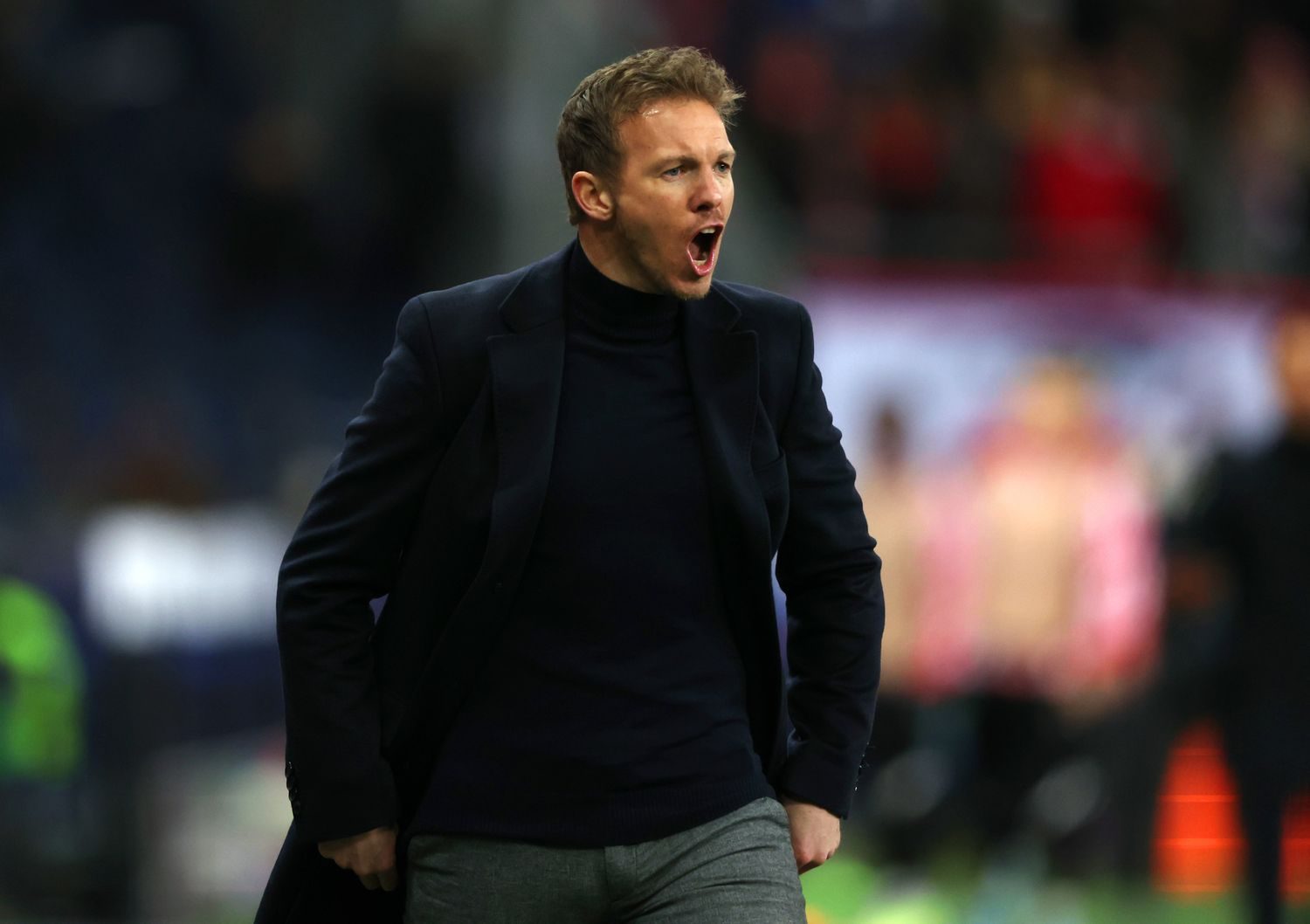 Photo: Getty Images
The financial situation in Munich is still difficult after almost two years of the COVID19 crisis. Despite everything, Julian Nagelsmann is calling for new transfers in the summer and warns the board.
Club boss Oliver Kahn made it clear on Sunday that Bayern cannot and do not want to have a squad similar to the top clubs in England: “There are players who cost 80, 90, or 100 million euros and sit on the bench. That’s not possible with us.” Sport director Hasan Salihamidzic also pointed out before the Bundesliga game against Arminia Bielefeld that Bayern Munich will not take any “financial risks” in the summer.

On the other hand, Julian Nagelsmann calls for new transfers. After the shocking elimination against Villareal, it would make sense for the club to increase its squad quality.

„There are also good solutions that are not so risky“

When the Bayern coach was confronted with Salihamidzic’s statements after the Bielefeld game, he reacted relatively calmly: „There are also good solutions that are not so risky. We are discussing this internally. I have my ideas and then we’ll see what comes out at the end.“

However, Nagelsmann is sticking to his principles, the current Bayern squad needs new players, otherwise, the record champions should only be happy with participating in the Champions League, let alone do good in it. „It’s like in the free economy, if you want a top product, you have to invest. If you want to be among the top 4 in Europe in the long term, then we have to make decisions.”