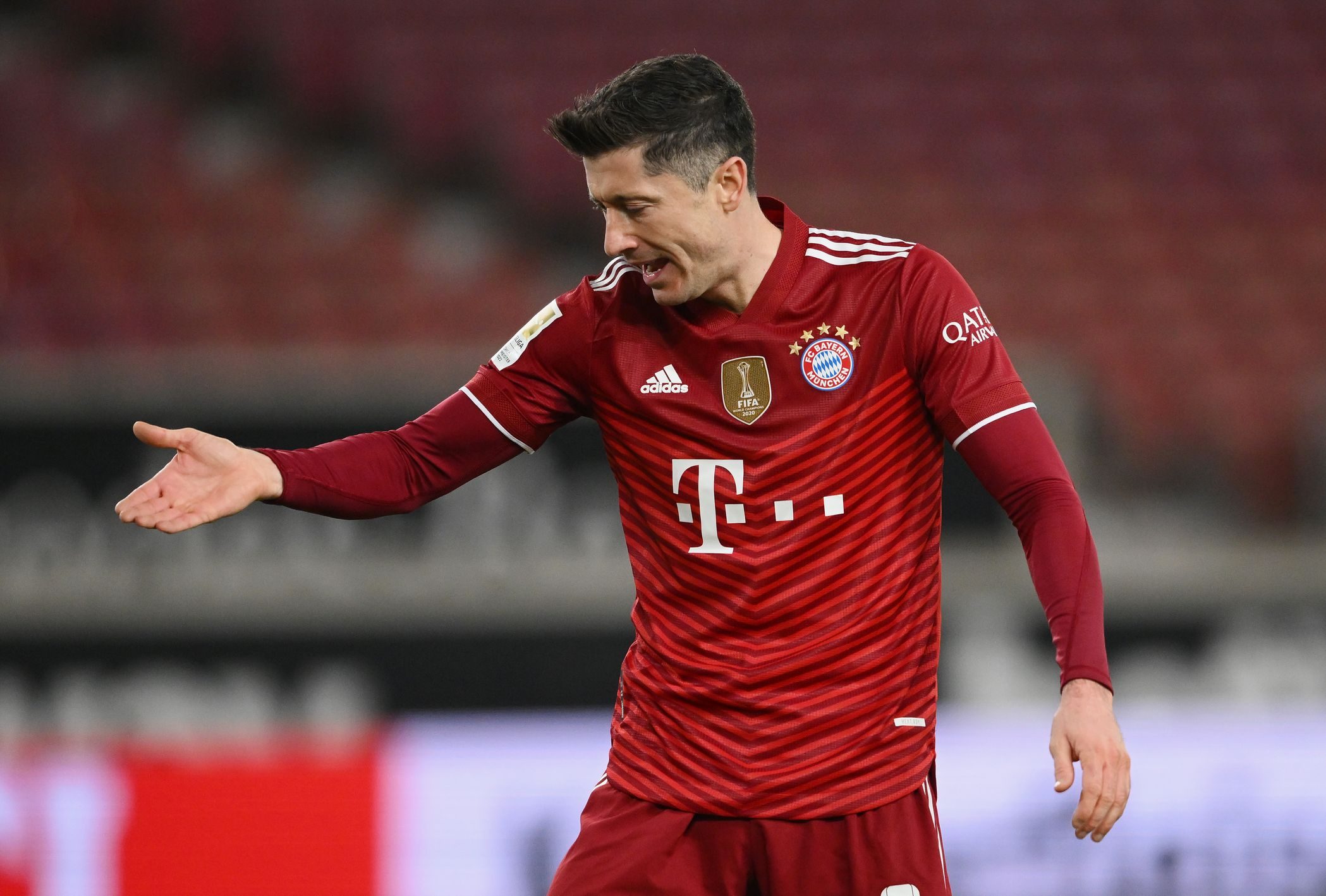 Robert Lewandowski is a hot topic at FC Bayern, but now even more so following the German club’s elimination from the UEFA Champions League in the quarterfinals for the second year in a row. Prior to 2019, FC Bayern had qualified to the semifinals in 9 out of 10 previous attempts, failing only once in 2016/17 with Viktor Kassai’s refereeing decisions influential in Die Roten’s 4-2 extra-time loss against Real Madrid. The superstar striker feels his time is up at the German Rekordmeisters, although the club believes he has more to offer. Here, we take a look at what we know and how the situation has developed over time:

What is the situation?

Robert Lewandowki, the reigning FIFA The Best Player winner for the past two years, is contracted to play for FC Bayern until June 2023. The club has not offered a contract extension (yet), which means if he isn’t sold this summer, the Polish striker will be free to leave by choice next year without any transfer fee. If he was to be sold in two months, he would generated a fee of around 60m€, a relatively acceptable amount in today’s market for the best player in the world

What does FC Bayern want to achieve?

We cannot completely confirm this, but can outline in general terms based on previous situations at both FC Bayern and elsewhere. Robert Lewandowski turns 34 years old on August – and is expected to retire in a few years. Although he bundled in a record-breaking 41 Bundesliga goals in the 2020/21 season, and is still averaging more than a goal a game, this is expected to significantly decrease as age catches up. He is by far the highest earner at FC Bayern, and the club are reluctant to pay him his demands if percfrmances will deteriorate over time. The club are willing to offer short-term extensions instead of a longer contract, which means they are in a more flexible position to sell in the future. Lewy wants commitment and security, with the understanding that FC Bayern will have him on their books for the next 3-4 years

Robert Lewandowski has been FC Bayern’s main man for almost a decade. With a new contract, his playing time is expected to decrease, and the club would also like him to take a pay cut from his annual 24m€ salary. Naturally, the player is seeking a pay rise, which with the uncertainty around his physical health, fitness, and ability with age, will undoubtedly cause rift with the club board. Clubs elsewhere, such as Barcelona, are willing to offer him up to 40m€ as an annual salary inclusive of bonuses for him to depart Germany and ply his trade in Spain. Meanwhile, FC Bayern are ‚blocking‘ Lewy from a transfer to another club

Why is FC Bayern ‚blocking‘ the transfer?

Long story short, FC Bayern are playing very dirty here. Within the rules, but very deceiving. Lewandowski signing a one-year extension is imperative in this strategy. Without signing the extension, he will be free to leave in 2023 for a new club. The extension keeps the Pole in Munich until 2024, by which then he will be 36 years old. Interest from clubs will fall significantly, and without any other options from top clubs, he will have no choice but to sign another extension with FC Bayern. This also gives the club the power to reduce his salary, bonuses, at will, because he will not have any other options. Repeat this for a few more years, and they will eventually have Lewandowski at FC Bayern, a few more Torjägerkanöne’s in his trophy cabinet, without spending excessively on someone new to perform at the same level. Fair play to the club for such an elaborate plan, but it only works if Lewy signs the one-year extension. At the moment, this is almost impossible, but is what the club are aiming for

Where is Erling Haaland in this picture?

Erling Haaland, arguably the best young player at just 21 years old, currently plays for Borussia Dortmund. Courted by many top clubs, Man City and Real Madrid look the most likely to be his future destination. With a 75m€ release clause, which (according to Bild) must be activated by midnight on 30 April 2022, his transfer fee is extremely tempting for clubs looking to strengthen their ranks with a potential future Ballon d’Or winner. Although he currently earns around 8m€ annual salary at BVB, he is demanding up to 32m€ at his future club, an astronomical figure even exceeding that of Kevin De Bruyne, the highest-paid player in the English Premier League. If FC Bayern were to buy him, the total amount over the 4-6 year contract would be in excess of 300m€ inclusive of fees and bonuses

It is well-known Robert Lewandowski will almost certainly decline a one-year contract extension, which effectively buys time for FC Bayern to make a decision. Lewy has been reportedly looking for a three-year deal, which also throws the two-year extension option out the window. He is also demanding up to 30m€ per season inclusive of bonuses. However, If FC Bayern do offer his wanted three-year extension, then a transfer for Erling Haaland will be impracticable. A future transfer 4-5 years down the line is still an option, but will certainly demand a higher transfer fee and higher wage demands than the current 75m€ release clause and 32m€ annual salary. The club’s dilemma is whether they would want to invest heavily in Erling Haaland now, even with the possibility they will be out-bid by Man City and/or Real Madrid, and prepare for the future, or to keep Lewandowski until he’s 37 and hope he can sustain his current level of performance

Journalist Piotr Koźmiński for WP SportoweFakty in Poland has written a 5-page article on everything which has happened on. We’ve summarised the most important parts here:

FC Bayern must make a decision in less than 13 days if they wish to sign Erling Haaland or not. If the release clause is not activated by 30 April, it will expire, and BVB can request a higher transfer fee if they would like. As for Lewandowski, they have two months to decide whether they will sell him this season. Once the transfer window has passed, Lewandowski will be in the driving seat and can demand what he wants – if FC Bayern want to keep him, they will have to listen to his requests. Lewy will be free to sign a pre-contract agreement with other clubs this winter, so time is running out for the German champions