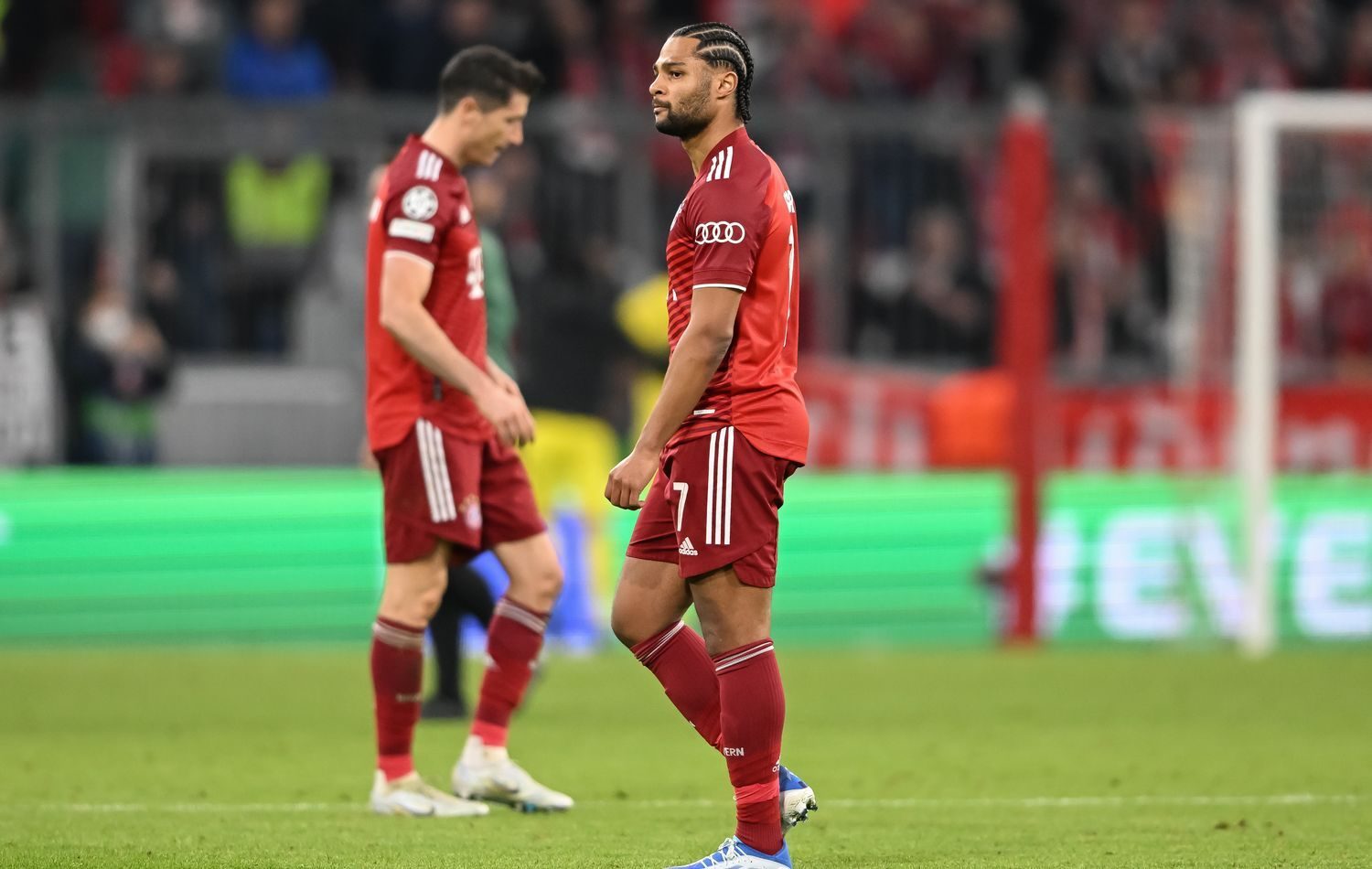 The surprising Champions League defeat against Villarreal could lead to a turning point at Bayern. The focus is primarily on the squad, which Julian Nagelsmann believes no longer meets the standards for the big trophies. According to current media reports, up to ten Bayern stars could leave the club in the summer.

Nagelsmann has never made secret of the fact that he wants new players. The 34-year-old already hinted in winter for newcomers. However, those responsible in Munich vetoed it and emphasized that the current squad is very well positioned and referred to the tense financial situation. The Bayern coach hinted again this week that at some point „the time always comes to do something new“.

The early Champions League defeat against Villarreal FC and the numerous inconsistent performances in the second half of the season clearly show that the Bayern squad is lacking in quality. There is no real competition in many positions.

„SPORT1“ reports that there could be a major upheaval in Munich in the summer. These are the players that are reported to leave in the summer

The Spaniard, who joined Bayern in 2020-21 season from Espanyol, has so far failed to establish himself in Munich. Hansi Flick and Julian Nagelsmann have rarely trusted the midfielder even as a back-up. The 34 years old coach doesn’t plan with Roca for next season and the club would like to generate a fee for him in the summer. Real Betis have recently expressed interest.

It is no secret that the club wants to sell the Senegalese in the summer, who was hoping to make his breakthrough under Nagelsmann but the latter also rarely trusts him. Sarr had decided to stay in Munich due to the paycheck, and has apparently expressed his desire to leave the club in the summer. Few Italian clubs and former club Olympique Marseille have expressed interest, it should also be in the Senegalese’s interest that the salary at his new club should come close to what he is currently earning at Bayern.

Although it was initially believed that Sabitzer would not be sold in the summer, things have started to change. The Austrian moved to Bayern this season from RB Leipzig and was heavily criticized for his performances. Lately, he scored his first goal for Bayern against SC Freiburg and made a very solid performance against FC Augsburg. That showed some glimpse of hope that the Austrian could now be on his way to establishing himself at Bayern. Unfortunately, according to Sport1, Bayern could sell Sabitzer if they receive an offer of 15 million euros for the Austrian in the summer.

Initially this week, Lewandowski was linked with a permanent transfer to Barcelona in the summer. Several parties have also denied such rumors. Sport1 reports that nothing is done deal with Barcelona yet. But it is true that the Polish striker wants to leave the club in the summer and can imagine playing for another club in the next few years.

The Frenchman scored his first goal for Bayern Munich against Union Berlin this year. He has also made quite a decent amount of appearances this season due to few defensive absences. Whenever he started he looked quite solid. Sporting director Hasan Salihamidzic wants to keep Nianzou, Nagelsmann has also been satisfied with his performances. So if the situation is currently positive, why is he a candidate to leave? Technically, if another central defender is to be bought, the competition in defense would be even higher for him. Hence, a loan could be more conceivable. For Nianzou however, it is still an open case whether he should stay or leave.

Contract talks with the German have stalled for months and there is no agreement in sight. The financial demands have become a problem, but Gnabry’s entourage is relaxed about the situation. According to Sport1, Bayern doesn’t want to lose the player on free, so a departure this summer should be more likely if there is no agreement with the player. In order to generate profit and buy a replacement, preferably Christopher Nkunku or Antony.

The 24 years old who joined Bayern from Reading FC in the English Championship has hardly had any trust from the coach this season. According to Sport1, Nagelsmann is not entirely satisfied with the player and it is possible that he can leave in the summer. On the other hand, Richards feels comfortable in Munich and has no problem in being Alphonso Davies‘ backup. The player is also quite popular within the team.

First labelled next big surprise, now he hardly receives any playing time. Julian Nagelsmann has rarely relied on the Croatian’s services in the second half of the season, following his injury and corona infection. Sport1 claims that a loan move is definitely possible for Stanisic, since it is likely that Mazraoui will be Bayern’s new addition in the right side of the defense in the summer, and it would be harder Stanisic to receive playing time

The German was loaned to FC Nuremberg in 2020-21 season but made zero appearances for the Bavarian rivals. The 22 years old, who has been in Munich since 2017, is also yet to make his debut at Bayern, and has so far enjoyed being only the number three in the professional squad, including several appearances for the youth and the amateur team. The club is likely considering getting a fee for the young goalkeeper for this summer.

The German youngster made a positive impression in the pre-season, but since then he has failed to get any decent amount of minutes. The last time he played from the start was against Borussia Monchengladbach in January, where he played 75 minutes. The club is planning to send him on loan in order to get match-practice.