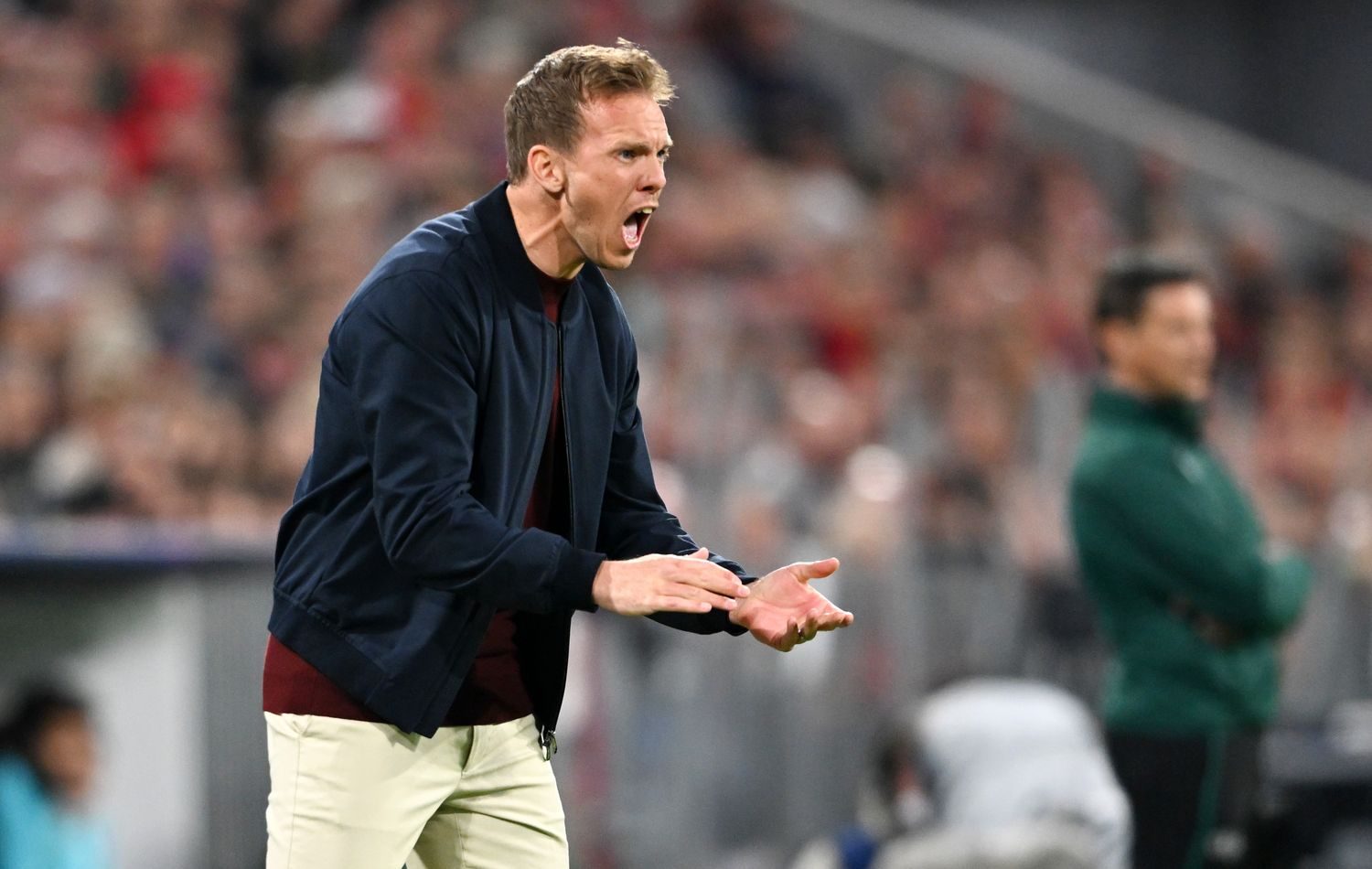 Bayern Munich suffered a humiliating elimination against Villareal on Tuesday and now the club is trying to focus on the Bundesliga title. Arminia Bielefeld will be hosting the Bavarians on Sunday.

… on SQUAD-PLANNING: „You don’t always plan for the semifinals when you are playing in the quarters. Though it’s always a desirable goal for a big club. We don’t make squad planning public. We have a squad that has been playing together for a long time, the players know each other well, and the dressing room works well. Sometimes it’s important to bring in a breath of fresh air and fresh blood. But we’re hampered by the pandemic and don’t have a lot of leeways financially. It’s a process and something has already changed in the past two years. Squad planning is always a mixed-up situation and a complex topic. We’re on it, but what is internal, stays internal“

… ON RECENT INJURIES: „Lucas and Kingsley are both injured. Both have a bit of a muscular problem. I don’t expect either of them to travel to Bielefeld. Lucas‘ thigh is a bit hardened and he was subbed off due to an injury. The same applies to King. He also has muscular problems. We’ll decide that for both of them tomorrow around 12 p.m. Niki and Coco aren’t with us yet, Bouna could be back.“

… ON THE EARLY ELIMINATION: „Of course we are a bit sad. It’s always tough when you don’t play quarterfinals until next year in April. That doesn’t make it easy. But we now have a clear goal: to win the next two games and secure the league. Then we’ve done the part we want to get done. Even though we’re eliminated, we still have our job to do, and that means becoming champions. If there’s anything positive about it, it’s a bit of personal responsibility. The focus is on planning a lot. Over the past few weeks, we’ve already spent a lot of time talking. Now we have even more time to plan for the future.“

… ON THE FUTURE PLANS: „I have long conversations with Marco [Neppe] and Brazzo (Salihamidzic) every day. We also had that on Wednesday after the regeneration training. We sat together for two hours and also talked about the game. I watched the game again and cut out the most important things that we can do better. I had a long conversation with Oli Kahn yesterday on the day off when I was sitting on the terrace with my mom and he called me. We had a long and good talk there, also about the squad. That’s when I discussed my ideas about what I would decide and how and what might also depend on how I would get which player to play.

He also wants to have a picture of how the coach thinks. That’s why the discussion there was very good. We are very far in planning, now it’s time for implementation. It’s a bit tedious because the business is very fast-paced and you have to keep rescheduling. You have a clear plan in your head with, for example, three or four players, then you picture your squad and your system. Then, two days later, the picture suddenly changes again. But that’s not a Bayern problem. It’s like that everywhere.“

… ON RUMMENIGGE’S CRITICISM: „I’m fully aware that after an elimination, you have to put up with criticism from all sides. Karl-Heinz Rummenigge’s criticism is quite manageable for me. I can deal with that well, also because I know when I can say something on which topic. I can handle criticism well. The situation is different compared to the 450 death threats on Instagram, but fortunately, I don’t read everything there. Again, you have to face the criticism. If you’re eliminated, the sword of criticism doesn’t stand still in front of the coach, that’s just the way it is. I have my clear opinion on it, and I can stand everything else.“

… ON THE DEATH THREATS: „I actually receive them after every game, whether we win or lose. I don’t actually read them. I always delete a lot. Usually, I only read the first line. It’s clear that a lot of the rest want me, but now they’re also threatening my own mother, who has nothing to do with football and the elimination. It is wild. But if I report all of that, then I won’t be able to finish. In general, if we play 3 at the back, there are more death threats than if we play 4 at the back, and when we lose, then there are more threats. But how do I deal with the threats: I don’t give a sh*t. People should write what they think, but not like this. I can not understand. As soon as you turn off the TV, people lose their decency and go berserk, but they don’t change, because they think they’re right.“

… ON LEWANDOWSKI: „During the interviews, I never got the impression that he wants to leave. He talks a lot about tactics and always gives the impression that he’s interested. But it’s also a bit normal to think about your future, especially when you’ve been at the club for so long. In conversations, he always seems to me as if he would like to stay. Of course, I would like to keep him on my team and we have hopes for what the future will bring“

… ON HIS PERSONAL GOALS: „I want to be Bundesliga champion and ideally in the next two games. Then I plan a lot and want to do better next year. If someone likes me, then they should like me because I’m Julian Nagelsmann and not because I’m the coach at FC Bayern, and if they don’t like me, that’s okay too. I have nothing to prove to anyone but myself.”

… ON GNABRY & SANE: „Leroy was very committed, especially in the first half he made a lot of crosses. Above all, I am satisfied with Serge and Leroy. Leroy had a small drop in performances, but fought his way out of it. Serge also showed a lot of good games. I’m happy with both of them and I’m sure that they’ll bring their power back to the pitch.“