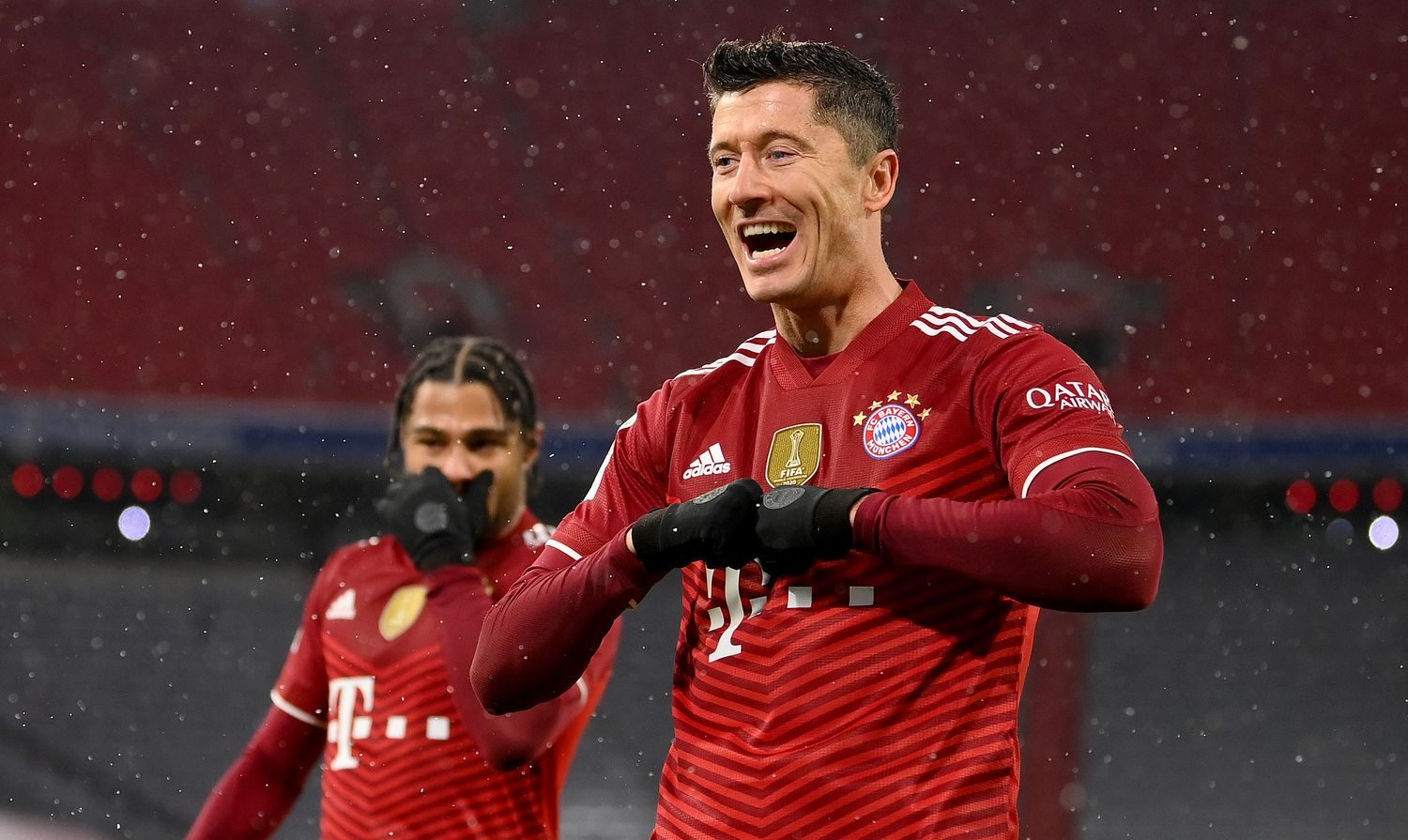 Robert Lewandowski’s future at Bayern Munich is still uncertain, but the Polish striker doesn’t have any thoughts about retiring now just yet.

The striker has proven several times that he gets better with age. Since the 2019/20 season, Lewandowski has been the best player in the world by winning plenty of team and individual awards, as well as breaking goalscoring records. His physical shape also is something to applaud the Pole for, who is massively influenced by his long-life partner.

But with all that said, it doesn’t mean that Lewandowski is maybe destined to stay in Munich for a very long time. Bayern Munich have been reluctant to hold talks with him for now, let alone extend his contract. In an interview for ‚Focus Magazine‘, Lewandowski was asked about a possible transfer of Erling Haaland at Bayern, a name that was brought in and discussed in Bavaria several times.

Financially, the transfer is not feasible, however, Bayern are also confused on whether they should negotiate again with Lewandowksi’s agent, Pini Zahavi, who destroyed the relationship since the transfer of David Alaba.

„The question about Haaland shouldn’t offend me“, Lewandowski told ‚Focus‘. „I know my value very well and I always think that the best player should play“. Bayern’s reluctance to extend Lewandowski has more or less angered the player, rather than a possible transfer of Haaland.

„I can play for a few more years“

Speaking of his physical shape, Lewandowski believes that he can play for more years. Since turning 30, Lewandowski has had a higher goalscoring ratio per game than when he was in his 20s. The enormous physical shape that makes Lewandowski almost never injured (except that time which we don’t prefer to mention), is mostly attributed to his wife, who is a karate champion and a famous nutritionist.

„If I’m in my prime at the age of 33, then I can go on for more years. The change in diet and exercise program that I started with my wife back then has come to fruition. Patience has paid off and we are being rewarded. Hopefully for a while longer.”