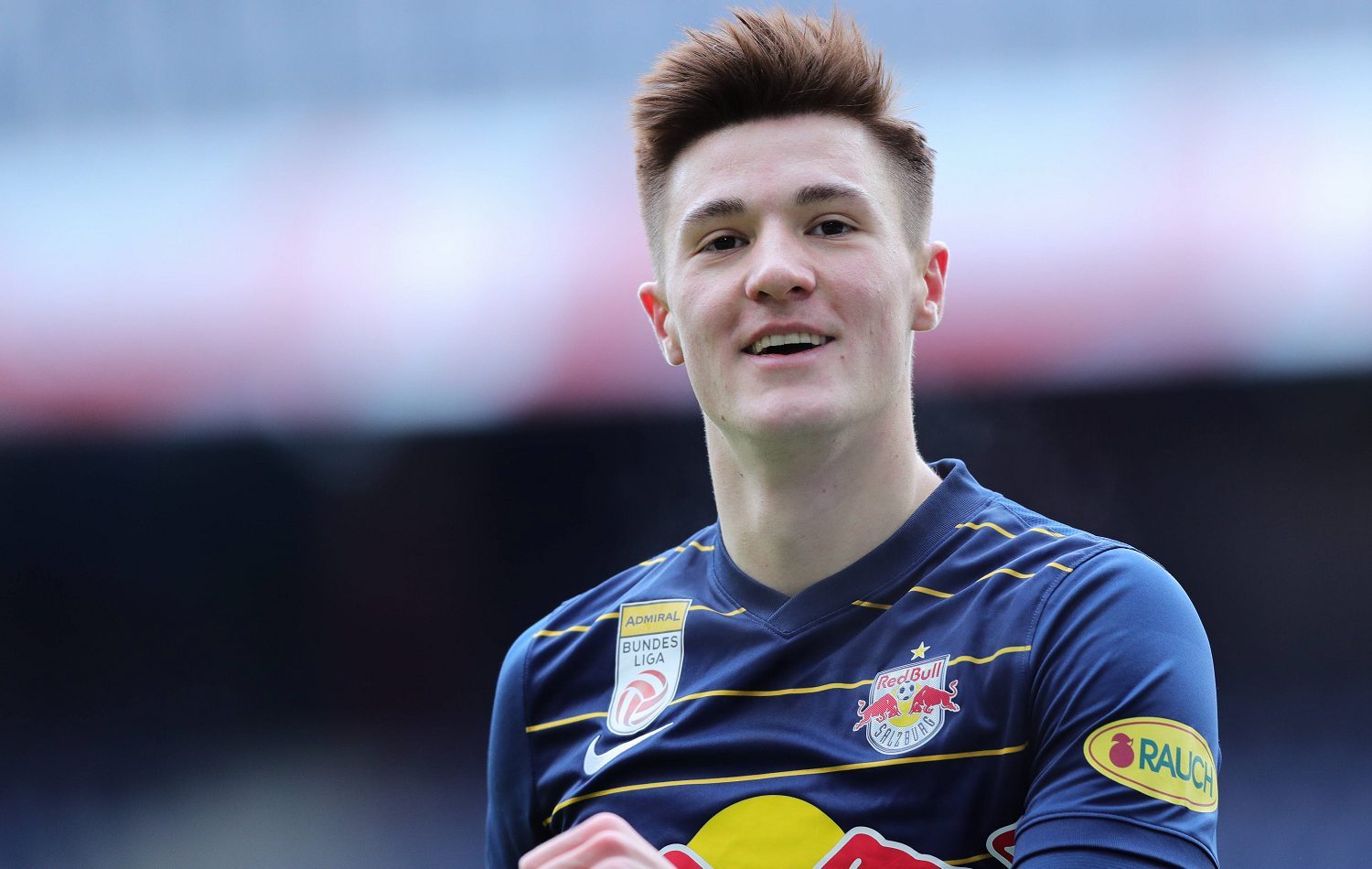 Although Bayern Munich want to extend the contract with Robert Lewandowski, sooner or later the record champions will have to deal with the question of who will one day succeed the striker in Munich.

Red Bull Salzburg have made a name for themselves in recent years when it comes to developing promising talent. Numerous RB players such as Erling Haaland, Marcel Sabitzer, and Dayot Upamecano have made it into the German Bundesliga or other top European clubs.

The Salzburg scouts have shown exceptional observations in recent years, especially on the offensive. In addition to Haaland, the Austrians currently have two new top talents in their ranks in Karim Adeyemi and Benjamin Sesko. German international Adeyemi is closely linked with a move to Borussia Dortmund. Sesko, on the other hand, should be on Bayern’s wish list.

A few months ago, the first reports that circulated said that Bayern would be intensively involved with the youngster. As the Slovenian daily newspaper „Delo“ now reports, Bayern are still interested in the Slovenian young striker and could face competition from Dortmund. In addition to the two Bundesliga clubs, there are numerous other top clubs that have set their eyes on the young striker. In the current season, Seso has scored 15 goals in 28 appearances.

The Slovenian international extended his long-term contract with RB Salzburg until 2026 last summer. His current market value is 8 million euros and the forward was rumored to have a €15m release clause ahead of his contract extension. This sum, if there is still an release clause at all, could have increased significantly.

Regardless of the fee, Sesko is certainly an interesting player for Bayern Munich. Above all, the fact that the striker can still develop in Salzburg for a year or two and also gets match practice in the Champions League, it makes the young striker so exciting for the record champions and a potential Lewandowski successor.

But it should also be clear that even if the contract with the world’s best player is extended, the record champions will have to try to get Sesko at an early stage. Bayern were also after Haaland in 2020, but ultimately lost the race to BVB.