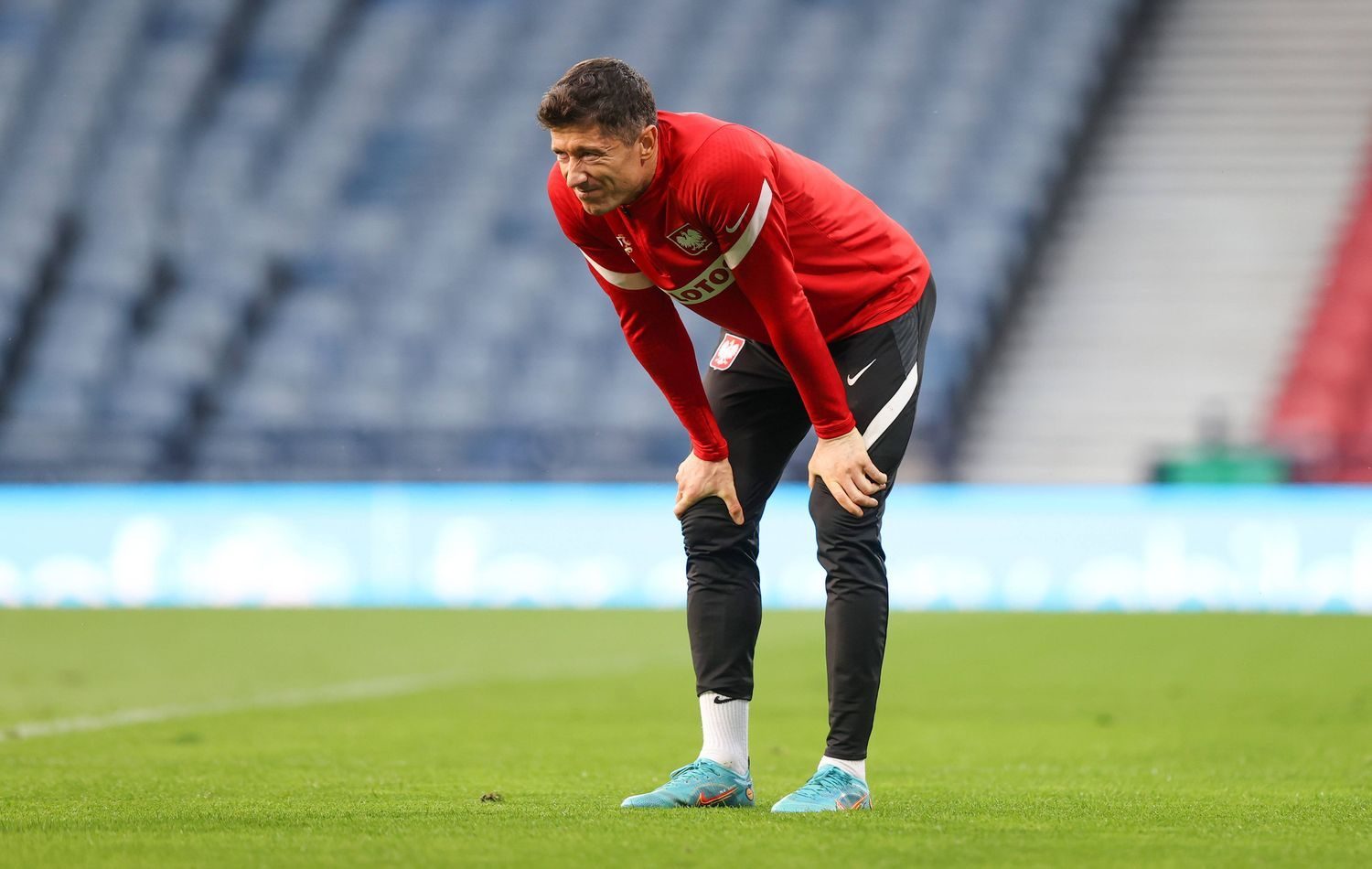 Deja-Vu? Robert Lewandowski had to cut training a week ago after a minor knee injury but was given the green light against Union Berlin. In the game, he scored twice, but since then, the striker has been complaining about the pain.

According to the Polish journalist, Sebastian Staszeweski, Robert Lewandowski is still struggling with knee pain and has only been able to train individually with the Polish national team in the past few days. Is it going to be a deja-vu?

The journalist from INTERIA sport claims that the Polish medical staff is convinced that Lewandowski can play next Tuesday in the World Cup play-off against Sweden and that the injury is not serious. But is it? Last year, they claimed the same, until Lewandowski was fully checked in Munich.

The striker had to be sidelined for one month due to a knee injury, and could not play both legs against Paris Saint-Germain. The knee that is bothering him now, is apparently the same one that kept him out for a month last year. Although, the Polish medical staff is not worried of the Pole, the fans and the club’s worries have definitely increased